Kids these days have it so easy. Back in my day, we played games like Battletoads and Karate Kid, and spent countless hours just trying to get back to the spot where we kept dying. Now they’ve got quick saves, difficulty levels, and the internet to help guide you through any game you’d like. But Bethesda wants to make Fallout 4 hard enough to satisfy even the most masochistic of gamers.

Obviously, they aren’t making the game extra difficult for everyone. Instead, they’ve been working on revamping the existing Survival mode for the game. Currently, the Survival mode is extremely difficult, but it’s not as real as it could be. The team working on it knows this, and they’ve got some tricks up their sleeve to make the game as intense as possible, for those who want to undertake the challenge. Here are some of the things you’ll need to keep in mind when traveling the Commonwealth, in the upcoming Survival mode.

Sleeping is getting a lot of changes in the upcoming version of the Survival mode. First, the only way you’re going to be able to save your game is by sleeping in a bed for at least an hour. There will be no option to manually save your game, nor will you see the game automatically saving for you at any other time.

Since it’s the only way you can actually save your game, you’ll probably want to sleep as often as you can. However, it’s not only necessary for saving, you’ll need it in order to maintain your wellness. We’ll dive more into what that means in the next section.

The type of bed that you lay down on will also play a role in how well you sleep. After all, you probably sleep better in your comfy bed than you do in a sleeping bag, right? In Survival, you’ll only be able to sleep for certain amounts of time, based on the bed. For instance, a sleeping bag will only let you sleep a short time. It’ll be long enough to save your game and heal some of your negative effects, but if you want to keep everything in check, you’ll need to find a real bed. 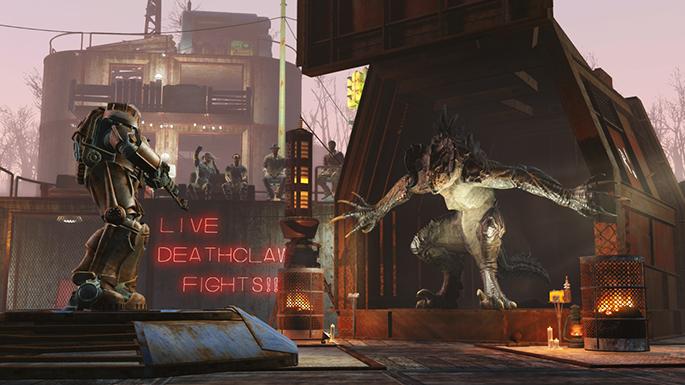 Taking care of yourself

Sleeping is an essential part of keeping your character healthy, but there are a lot of new things that want to bring you down, and new ways to stay fit. I mentioned Wellness earlier. Essentially, to keep your character “well,” you’ll need to eat good food, drink clean water, and get plenty of sleep. Failing to do so will cause serious issues for you.

When you start to push the limits on those three things, your character will start to experience some negative effects. These include reducing your health, taking penalties to your SPECIAL stats, gaining fatigue, and lowering your immunity. You’ll need to consume food and drink, and get some rest to fix these things.

I mentioned fatigue just a moment ago, which is a new stat for the game. It works a lot like radiation, except that the penalties are to your AP, instead of your HP. You’ll need to rest in order to get your AP back up.

Something else brand new to the game are a host of new illnesses. If you eat raw meats or drink unpurified water, there’s a chance that they’ll make you sick. You can also get sick from being damaged by enemies who carry them. These include ghouls, bugs, and plenty of others. Finally, taking chems can also lead to getting sick. What’s more, when your wellness drops, so does your immunity. Lower immunity means that it will be much easier to pick up something nasty.

When (not if, but when) you do fall ill, you’ll be notified on-screen about what you’ve contracted. You can then open up your Pip-boy for a diagnosis. There are a bunch of different diseases that you can pick up, and your Pip-boy will be able to tell you exactly what you’ve got.

How do you fix an illness? With antibiotics, of course. You can pick these up from your local doctor, or craft them at a chem station.

Something else that you’ll have to watch out for are crippled limbs. Should you break an arm or a leg, it will never heal on its own. The only way to fix them is by applying a stimpack directly to the limb in question. 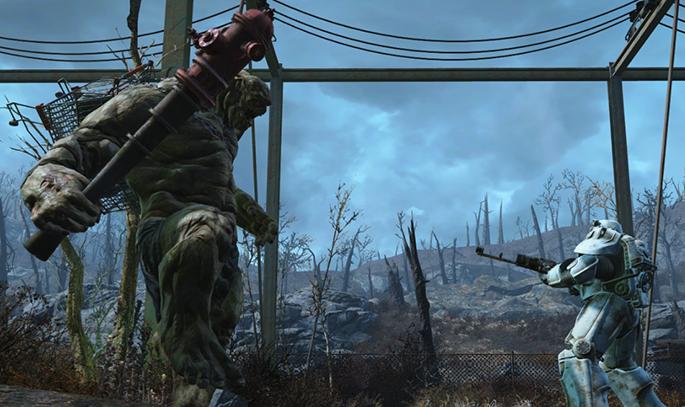 Combat is getting some nice changes as well. The good news is that your bullets (and other attacks) are going to do significantly more damage to your enemies. The bad news is that you’re going to take a lot more damage from enemies. This will lead to enemies that are difficult to take down, not because they’re bullet sponges, but because they’re a lot more lethal to you.

It’s good that your bullets will have a lot more stopping power, because you’re going to be able to carry fewer of them now. Every bullet is going to have weight. They won’t weigh much, but when you’re carrying a few hundred rounds, it’s going to add up. Also, the larger the ammo, the more it will weigh. So don’t expect your mini nukes to weigh the same as a 10mm round.

Think you’ll just shove all of the ammo in your backpack and wander around very slowly? That’s not going to fly. If you exceed your carry weight, you’re going to find that your endurance and agility stats take a hit. If you walk around too long like that, you’ll take damage to your health, and sometimes directly to your legs.

You’re going to need to be on your toes as you wander around the Commonwealth. Enemies will no longer show up on your compass. So you’ll need to pick up your visual scanning, if you want to find a baddie before they find you.

Your companions are going to need some extra help as well. When they go down, they’re going to stay down until you come over with some help. Should you choose to not revive them (or you just don’t have any stimpacks on you) they will stop following you, and return to their home once you leave.

Not everything is bad news, however. When you play on Survival, you’ll automatically have the Adrenaline perk. This is an interesting perk, as there is only one way to increase your rank: kill. Every enemy you kill helps raise your Adrenaline level. And the higher your Adrenaline level, the more damage you do to enemies. 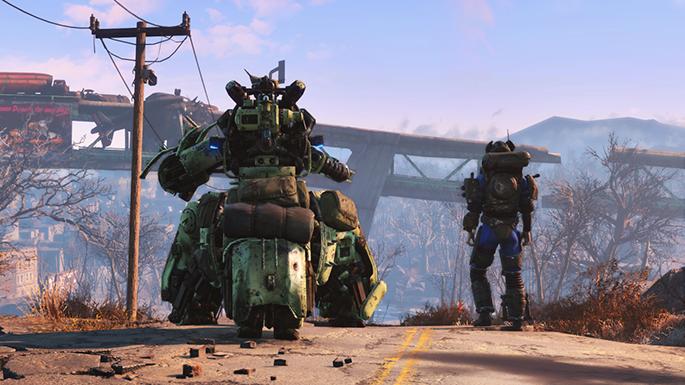 Don’t expect to be hopping around from location to location anymore. Fast Travel is no longer a thing in Survival. I actually think that playing without Fast Travel is fantastic. Sure, it takes longer, and you’ll have to deal with more combat, but it adds a lot of realism to the experience. Suddenly those roads that you only walked down once become familiar sights that you pass by regularly.

Since you’re traveling by foot everywhere, you’ll be exploring a lot more. And you’ll actually need to explore areas more closely if you want to discover them. In Survival, the POIs won’t show up until you’re much closer to them.

When you clear out locations, they’ll stay clear for longer now. The good news is that you won’t be getting into combat in the same places as frequently. But it also means that the possible loot won’t be respawning as fast, either.

If you keep in mind these things, then surviving the Commonwealth shouldn’t be too hard. Well, everything will still be trying to kill you, but at least you’ll be going to it armed with a little bit of helpful knowledge.