Here’s your chance to buy a Mercedes-Benz Unimog U500

One of the rarest Mercedes-Benz vehicles in the United States is also one of the most unique vehicles that Mercedes makes. The vehicle is the Mercedes-Benz Unimog U500. To say the Unimog is rare in the United States would be an understatement as only 200 were imported starting in 2002 and ending in 2007. Most people have probably never seen a Unimog in person in the States.

The Unimog is a vehicle aimed at serious off-roading, and it’s extremely capable. One of the 200 examples imported into the United States is this 2004 Mercedes U500 that’s very clean and needs no restoration. This example is coated in Matte Mercedes Designo Platinum Metallic and has 18,856 miles on the odometer. 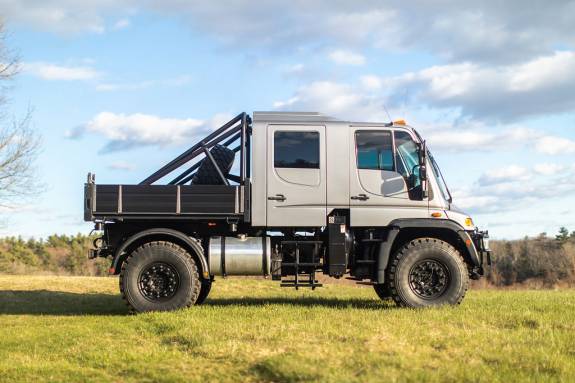 The U500 comes with portal axles, full-time all-wheel drive, locking differentials, and a massive OM906LA 6.5L turbo-diesel making 700 pound-feet of torque. It’s well fitted for tackling the wilds if the buyer desires. One caveat is the price. 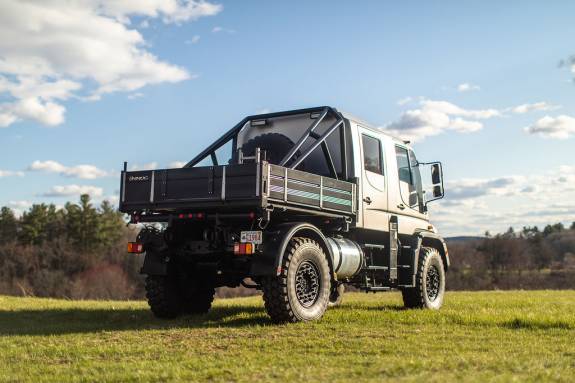 The rare vehicle is currently listed for sale at $369,000. At that price, it sounds like a vehicle that someone will buy and never take off-road. The vehicle is for sale in Massachusetts, and the seller says that this could be one of the best examples left. 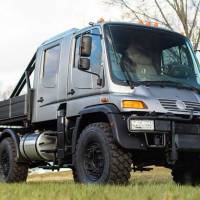 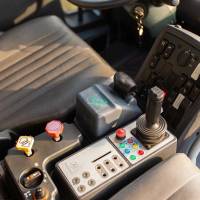 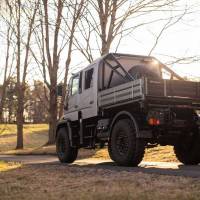 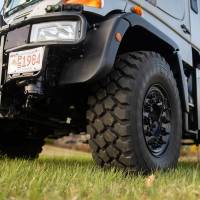 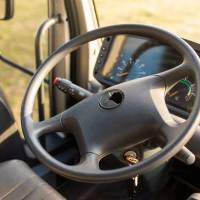 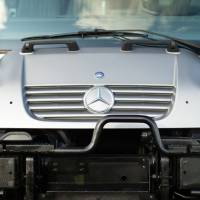 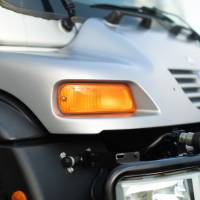 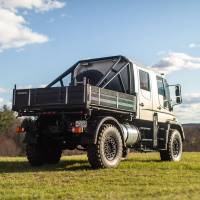 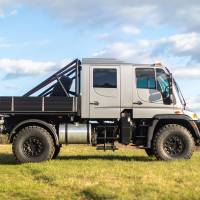 The transmission used is an eight-speed pre-selector manual. It also has a central tire inflation system, and it features air brakes like a big rig. Other features include a three-way dump bed and custom-made rollbar. It has integrated LED lighting and a center-mounted spare in the bed. This particular unit also has a “rare” Plastisol crew cab allowing the vehicle to haul four people, each with their own door. It also needs no commercial driver’s license to register and drive.