There’s a word for the scent that comes with the rain after a long, warm period of dry weather – it’s called Petrichor. This week, researchers at the Massachusetts Institute of Technology have published a study – and a rather fascinating video – that shows how rain gives off this scent. Rain releases a smell much in the same way champagne releases its scent through bubbles – with tiny bursts of aerosols. Like miniature spray bottles aiming for your nose, raindrops are able to smell just like rain.

A group of scientists at MIT have shown one way in which rain may be giving off this aroma. Drops of rain may also be giving off other aerosols in a similar fashion.

Aerosols are super small particles, so small they’re able to be suspended in the air. On a bright summer morning in a dusty room, you’ll notice aerosols as they float through your field of vision.

Using high-speed cameras, this team of researchers was able to capture drops of water hitting various surfaces right up close. This close to the subject, this MIT crew was able to see bubbles of air being trapped by each droplet.

As a droplet landed on the surface at hand, these tiny bubbles would move through the water and explode out the other side – upward and outward.

This study was published by Cullen R. Buie, an assistant professor of mechanical engineering at MIT, and Youngsoo Joung, a postdoc in Buie’s lab, as well as an extended team at MIT. 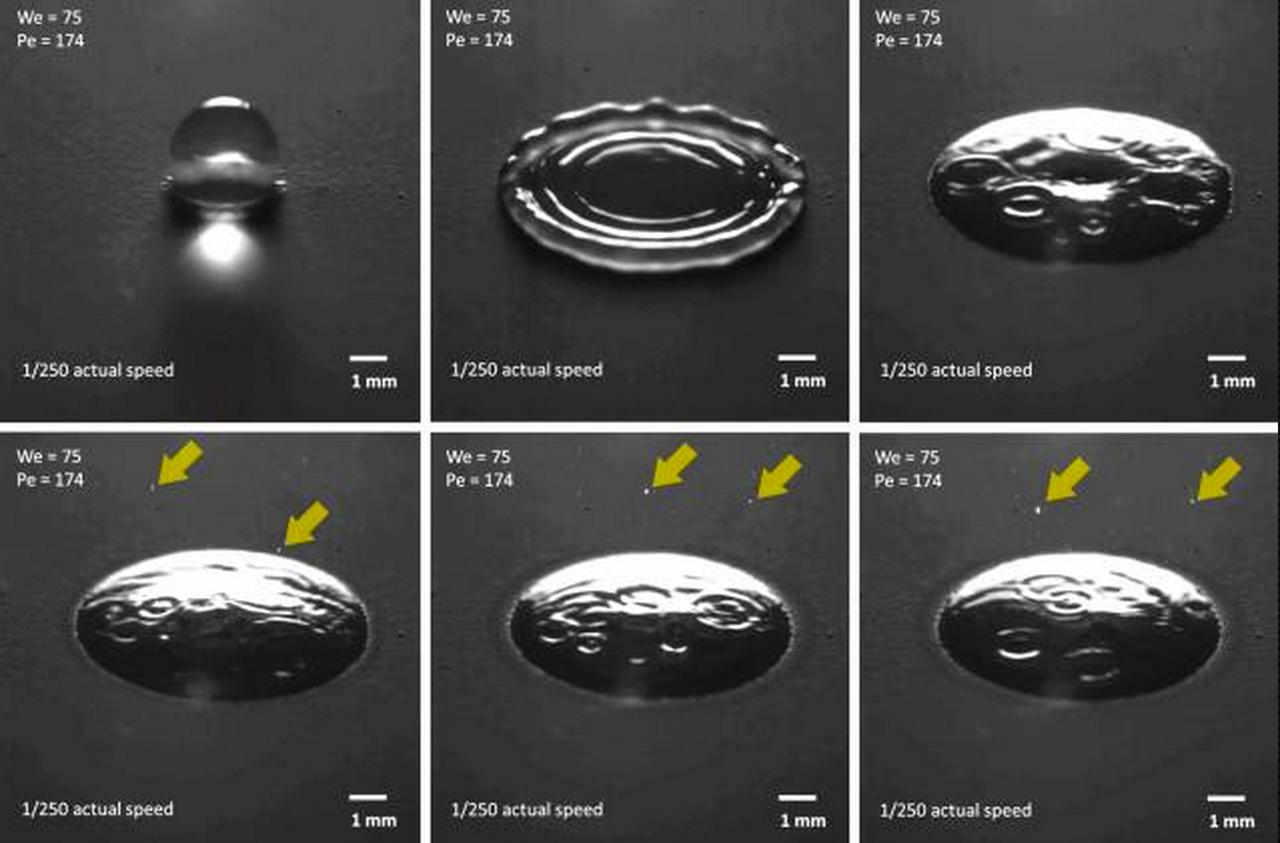 “Microbes from soil have been observed high in the atmosphere,” said Bird, “this paper provides an elegant mechanism by which these microbes can be propelled past the stagnant layer of air around them to a place where the breeze can take them elsewhere.”

“Until now, people didn’t know that aerosols could be generated from raindrops on soil,” said Joung, “This finding should be a good reference for future work, illuminating microbes and chemicals existing inside soil and other natural materials, and how they can be delivered in the environment, and possibly to humans.”