It’s been a long time coming, but Faraday Future has finally taken the stage at CES 2017 to reveal its first electric vehicle, dubbed the FF 91. Ask Faraday senior vice president of engineering Nick Sampson, though, and the FF 91 is more than just a car – it’s a “new species,” that will be “the world’s first ecosystem connected car.” There are four different components to that ecosystem, and Sampson took us through each before pulling the veil off the car for the first time.

The first component of this ecosystem is connectivity. Sampson says this is the “world’s first truly connected car.” Not only does this mean that you could presumably begin planning a route on your home computer and then carry that over to your FF 91, but it also means that the car is being designed with the intention of being the most convenient hotspot around, using multiple CAT6 LTE modems to provide a continuous, strong WiFi signal in the car. 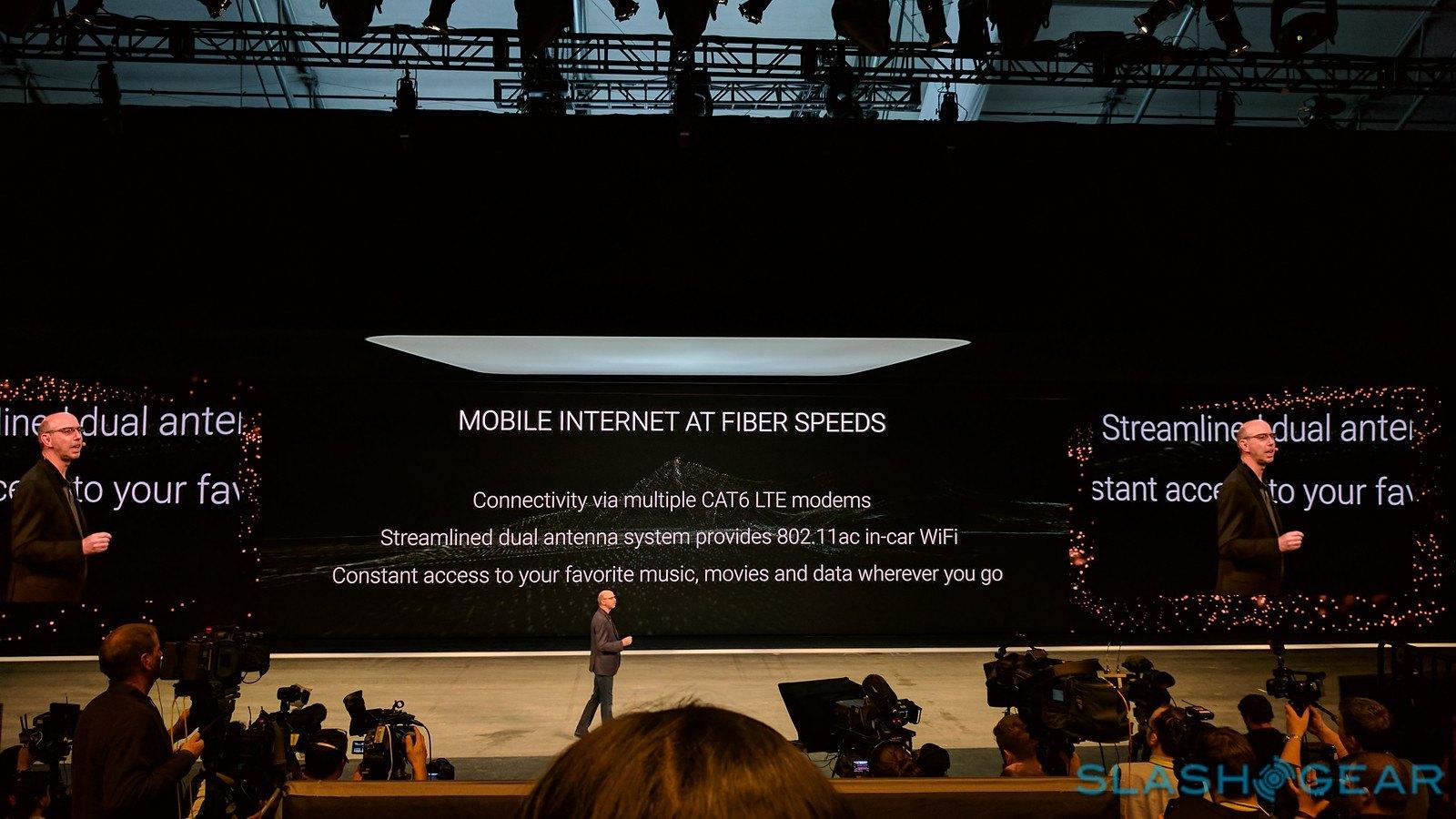 This level of connectivity is achieved, in part, by using what’s called an FFID. This, as Sampson describes it, is your “global Faraday Future user profile.” It’s designed to learn all of your preferences as you drive, constantly syncing your favorite content regardless of the car you happen to find yourself in. Sampson suggests that this could even be used to change individual seats based on the user and the FFID they’re logged in with.

The next component is Artificial Intelligence. Faraday Future claims that this is “the smartest car you’ll ever drive,” with features like seamless entry where you are the key. This is achieved through facial recognition and Bluetooth smartphone integration, along with user permission management that is presumably based in the FFID system. 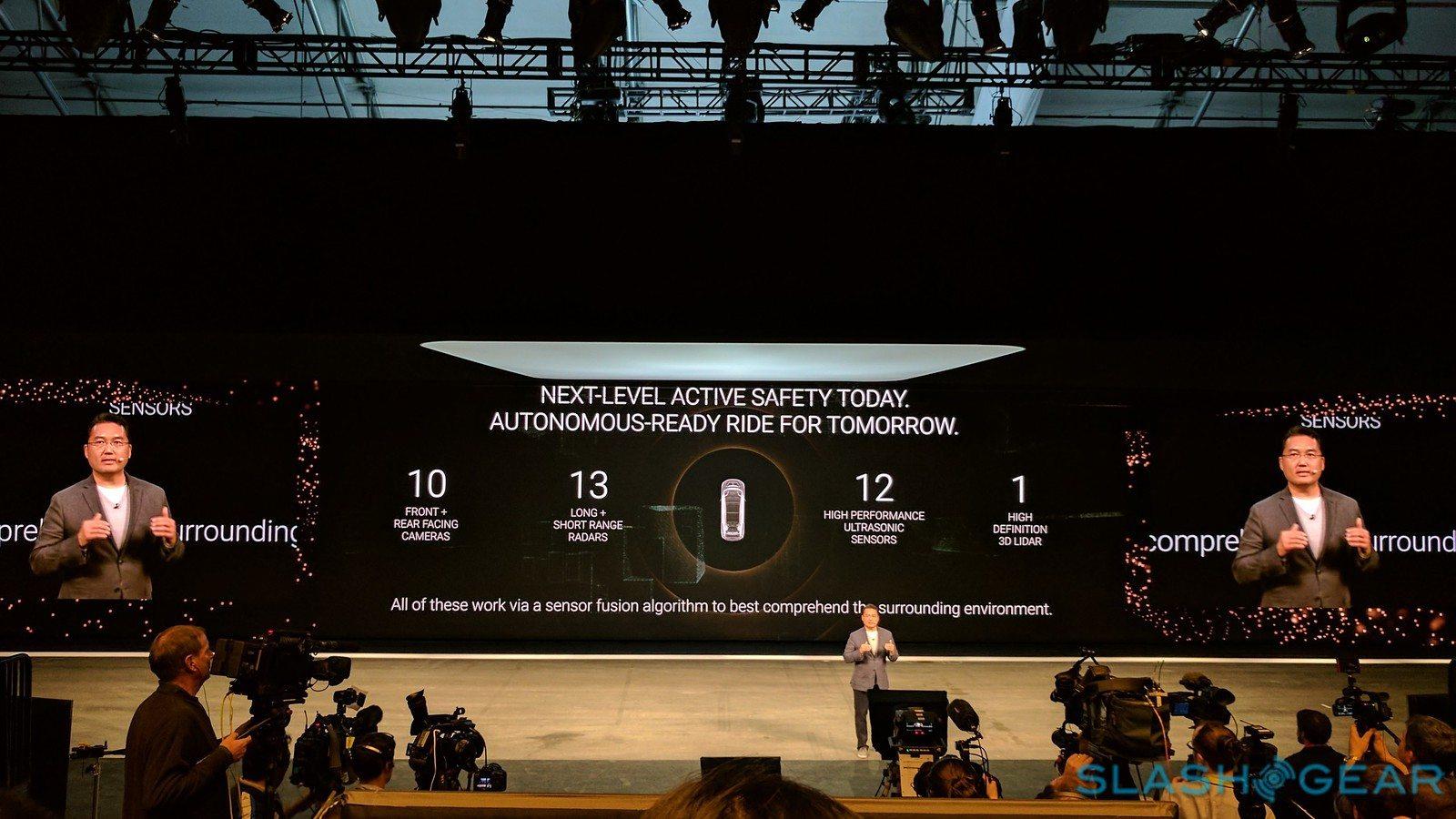 Faraday also spent a fair amount of time talking about the number of sensors and radars that feature in the FF 91. In all, there are more than 30 radars, sensors, cameras, and LIDAR on the FF 91, and these all make up the autonomous driving capabilities of the car.

Using these sensors, Faraday actually showed a fairly impressive demo of the car’s Driverless Valet system, in which the driver exited the FF 91 and used the Faraday app to kick off the car’s self parking feature. After finding a free spot, the car autonomously backed in, managing to avoid the other parked cars in the process by using a three-point turn.

Of course, the autonomous driving features would be wasted if the car can’t perform, which is the third component of the FF 91’s ecosystem. The car itself will offer 130kWh of battery power, along with 200kW fast charging. On that kind of battery, Faraday says that the FF 91 can achieve an EPA-adjusted range of 378 miles, which Faraday was quick to point out is more than the 315 miles the Tesla Model S is capable of. 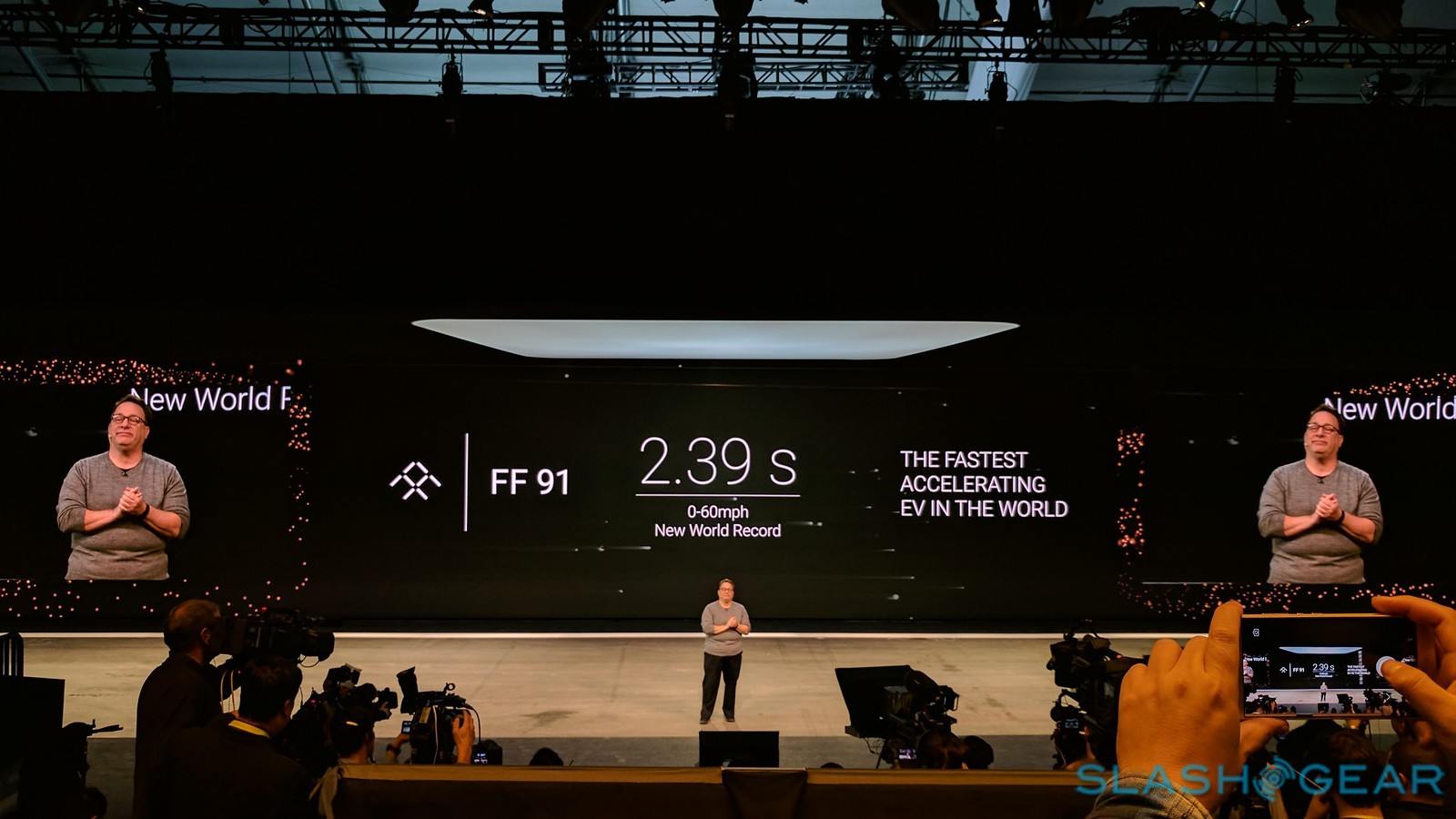 Faraday also says that the FF 91 has the “world’s most powerful EV propulsion system,” which has a peak power of 1050 horsepower. Faraday’s quote for zero to 60 times tops out at 2.39 seconds, and the company showed a video of the FF 91 beating the other cars like the Model S P100D, the Model X P100D, the Ferrari 488 GTB, and the Bentley Bentayga in a 0-to-60 race. 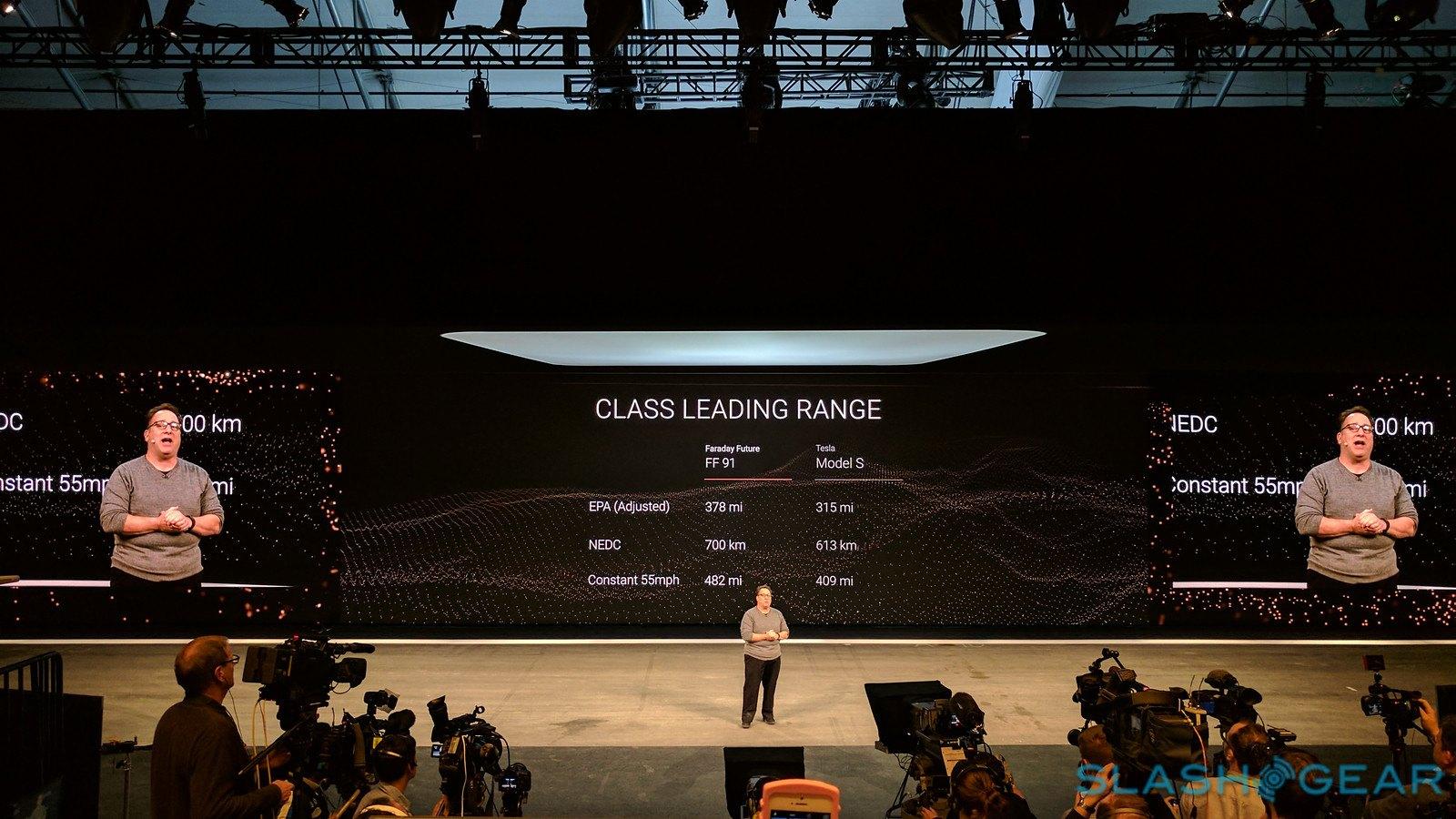 It’s worth pointing out, however, that the FF 91 managed to beat the Model S by just a tenth of a second in these tests, and didn’t hit the 2.39 second record Faraday was touting. In any case, that 2.39-second record is enough for Faraday to call this “the fastest accelerating EV in the world.”

Design is the fourth and final component of Faraday’s FF 91 ecosystem. VP of Design Richard Kim took the stage to briefly discuss the design philosophy behind the FF 91 before the final unveiling, focusing first on the drag coefficient of the car. This is important, because as Kim says, it helps increase range, and the FF 91’s “avant-garde proportion and silhouette,” achieves a drag coefficient of 0.25. 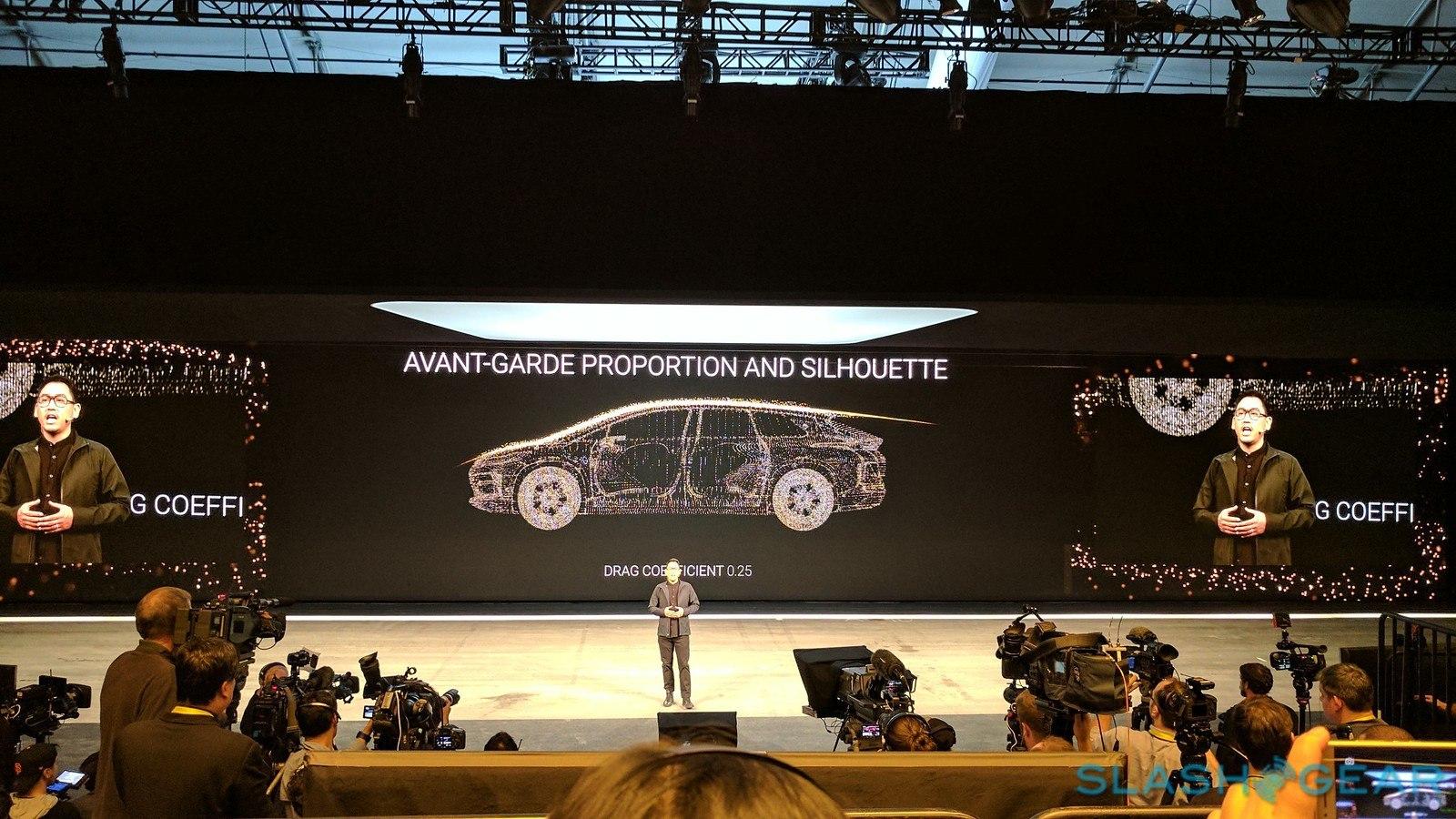 Kim also says that the car’s “long, wide stance in the expansive wheelbase,” allows for a large interior, with Faraday quoting 151 cubic feet of interior space. Taking a page out of the airline industry’s book, Kim calls this a first-class cabin experience. He also says that the wheelbase allows the rear seats to recline further than most other cars – 60-degrees in total.

Kim says the FF 91 blurs the line between mid and full sized vehicles and draws inspiration from both. It offers the driving dynamics of a mid-sized car, allowing it to fit into tight parking spaces and make sharper turns than a comparable full-sized car. 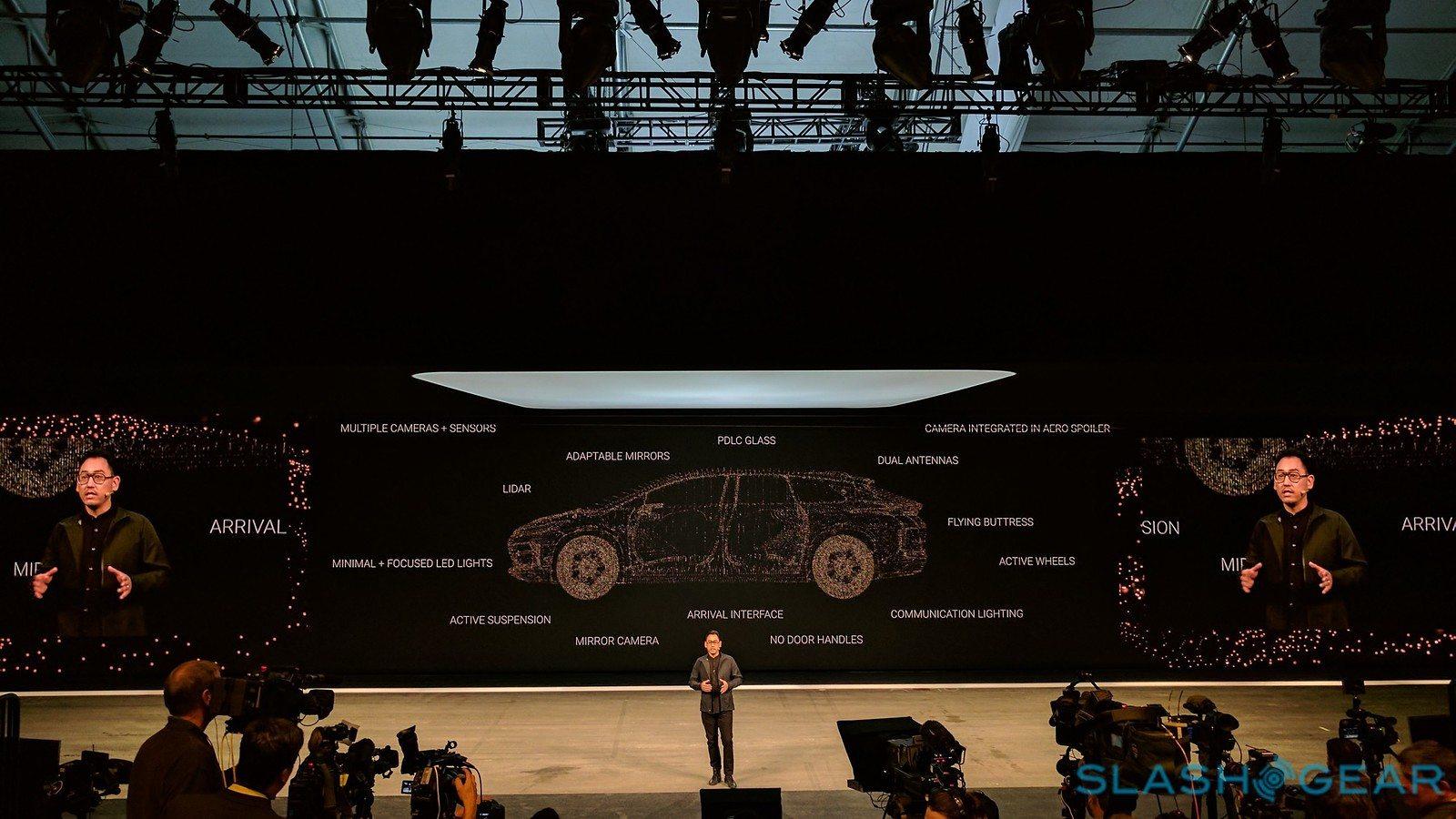 He then spent a few moments touching on many of the exterior design features of the FF 91, mentioning a few characteristics that distinguish the FF 91. For instance, the car’s ride height actively adjusts in accordance with velocity changes, and the car’s camera mirrors can be removed or attached easily and quickly. Kim also spoke on the car’s capacitive touch buttons that replace more traditional door handles, and the car’s arrival system which uses facial recognition for keyless entry.

A couple of the more interesting design features include an intelligent exterior light system, which will communicate things to people outside of the car. Kim also mentioned the smartglass sunroof, which can automatically tint to make things a little more shady in the FF 91’s cabin.

At the end of the presentation, Nick Sampson took the stage once more to close out the show. Sampson said that in owning an FF 91, you’d be joining “a new alliance.” He then invited prospective buyers to head to FF.com to not only register for more information, but to also create their FFID. 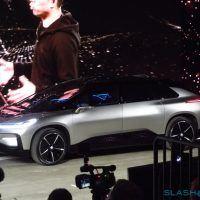 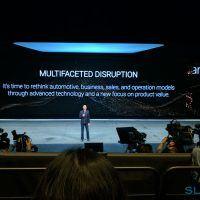 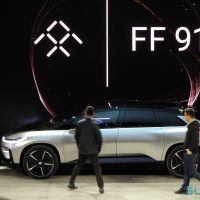 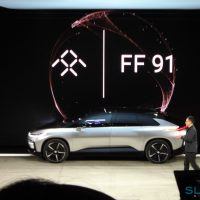 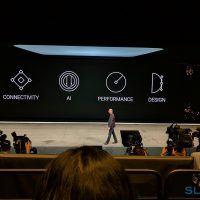 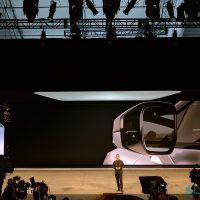 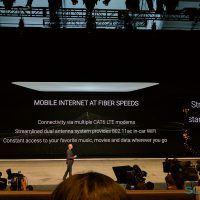 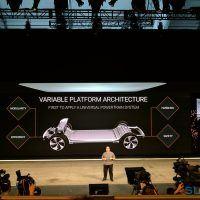 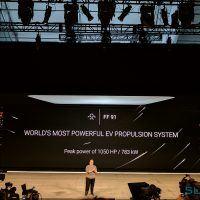 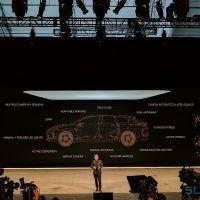 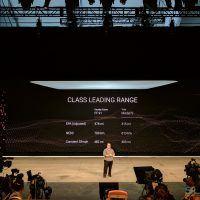 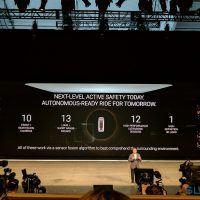 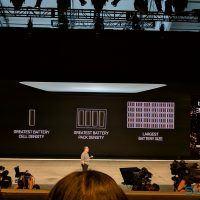 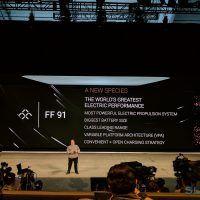 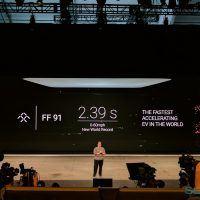 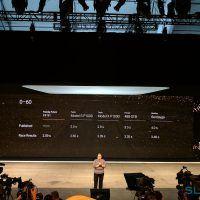 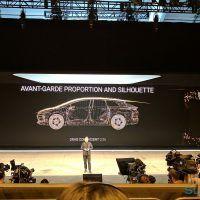 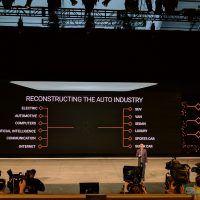 By visiting FF.com, you’ll also be able to reserve an FF 91 with a refundable $5,000 deposit. Those who make such a deposit will have the option to upgrade to the FF 91 Alliance Edition, which will be limited to just the first 300 FF 91s produced.

Unfortunately, for the moment, there’s no final price or release date that’s been announced. Faraday did give us some idea of when the first car will begin to ship out, saying that deliveries will begin in 2018. That’s still a long way off, but we’re closer to Faraday’s vision for an electric vehicle than we’ve ever been before. More information about the FF 91 is undoubtedly coming in the next weeks and months, so stay tuned for more, and be sure to have a look at our CES 2017 hub for more coverage from the show floor.