There’s a shipment of Google Pixel 3 XL units out in the wild, and they’re all up for sale. Of course they’re not for sale in any traditional sense – they’re up for sale on the black market. Thanks to a tip and a couple taps of the Telegram, we’ve dug up the direct line for the seller of these Google Pixel 3 XL smartphones. We recommend you steer entirely clear of actual purchases, of course, but let’s look at the situation more in-depth regardless.

According to Owen (@ow) on Twitter, there was a video posted this month with a link back to a Telegram channel. As most people disregard watermark links in videos, it’s clear not a whole lot of people went ahead to view what this video was trying to promote. As Stephen Hall from 9to5Google pointed out , also on Twitter, the URL lead back to a Telegram with some interesting information inside. The URL lead back to a channel with the following information inside.

EDIT: The original article featured the following image with text that indicated the stack of boxes were Pixel 3 units. Upon closer inspection, it would appear that the text in the forum where the devices were being sold suggested that the boxes were, in fact, Pixel 2 units (of the XL variety). 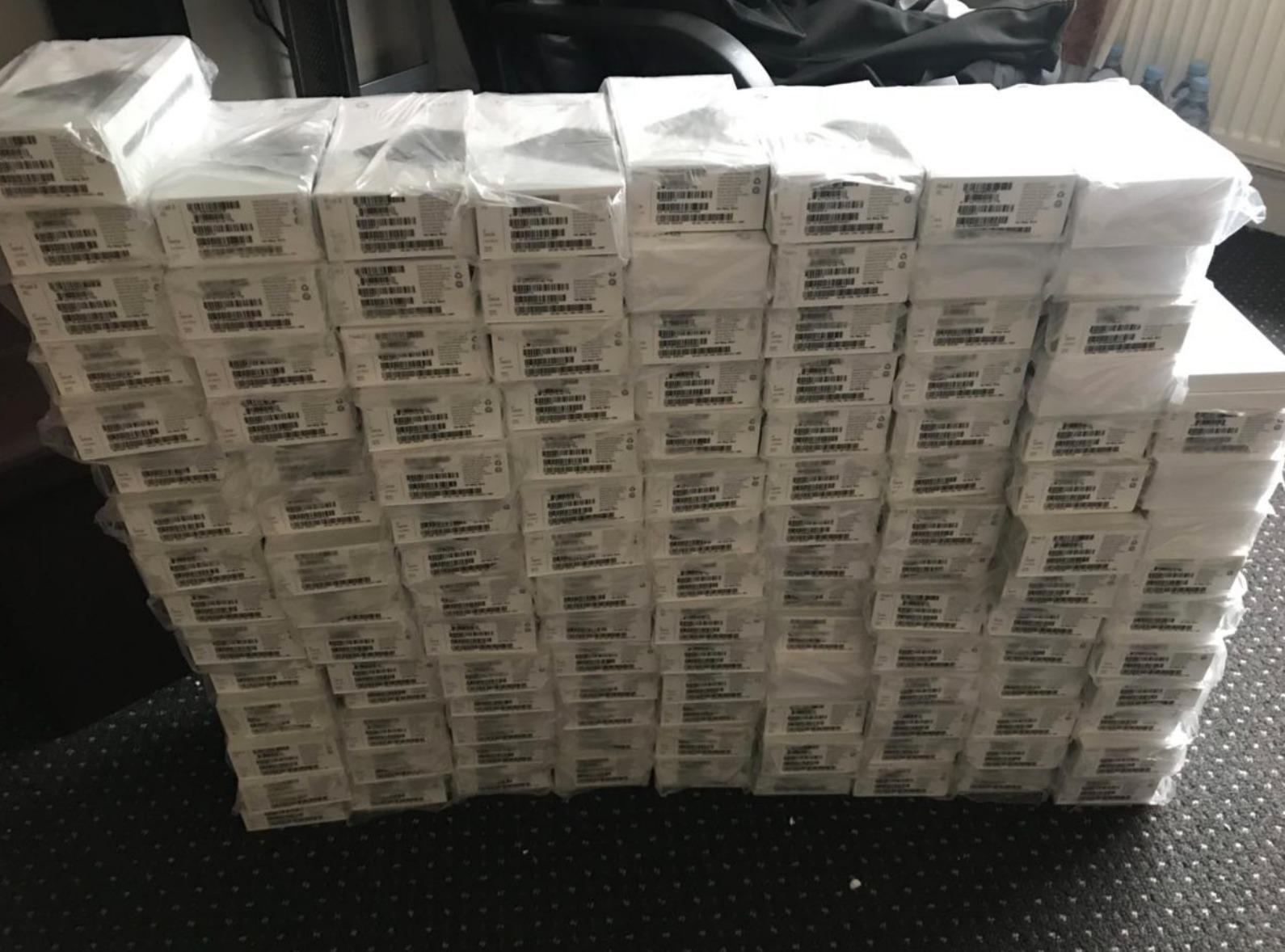 The following text is translated from Russian, word-for-word, by Google Translate. I’d translate it from Russian myself, but Russian is not a language in which I’m sufficiently learned. The test begins with “I answer immediately to the most popular questions!”

• Payment is possible via PayPal or Bitcoin. The second in preferable because PayPal has a horse commission for international transfers.

• Dispatch is made from London via DHL or FedEx

• Also I remind you that there is a large amount of Google Pixel 2 XL available at a good price. Please!”

This same seller seems to have Google Pixel 2 XL units, several in the 128GB size, “with a full set” for $ 665 and “without kit” for $565. I assume that means without a box. I’m sharing the prices here only to assist in sussing out the sort of position this seller is in – and how they might be attaining devices without the consent of Google. 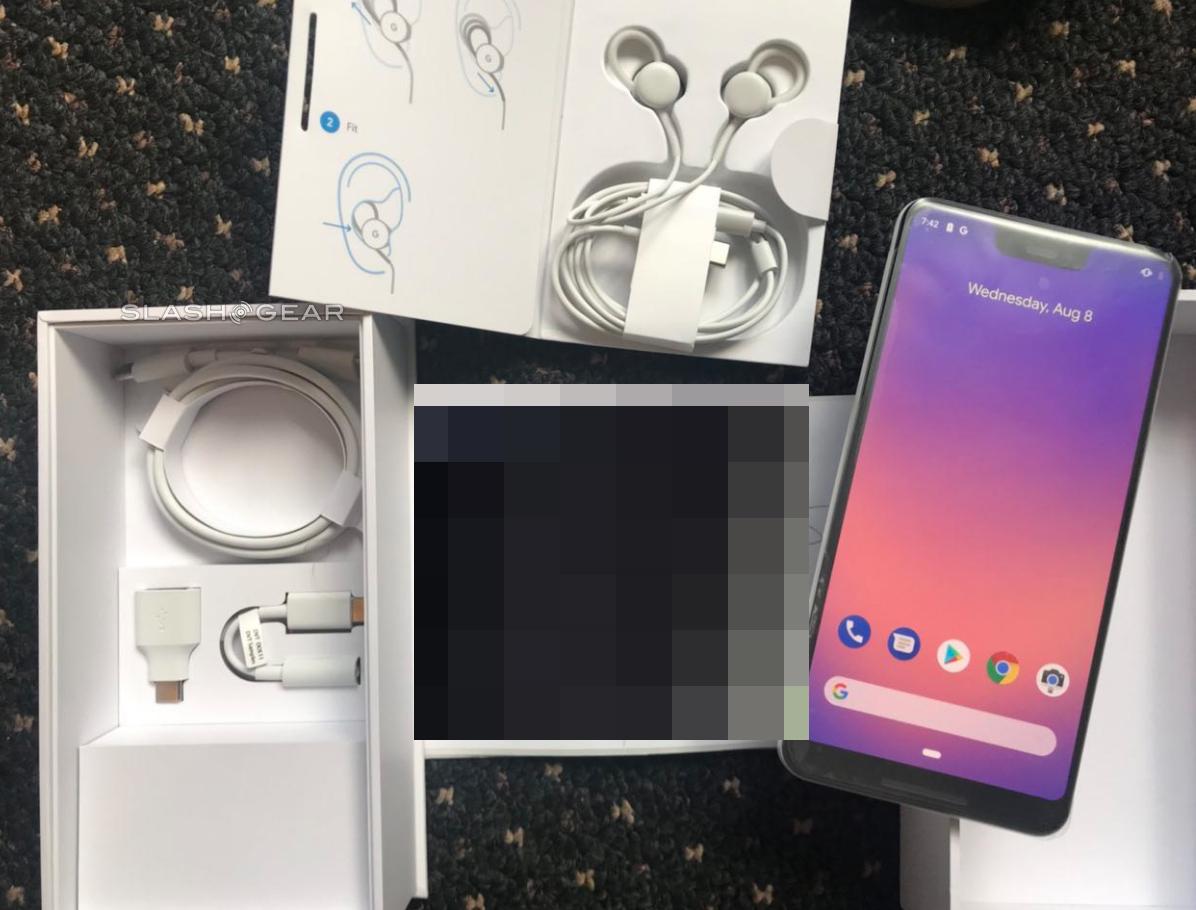 • UPDATE: Additional text from the market channel includes: “This is a pre-release version, i.е. everything looks and works exactly the same as it will be after the release of these devices on sale in early October.” This text indicates that the seller expects the device will be revealed and released by Google at around the same time as the Pixel 2 in October of 2017. 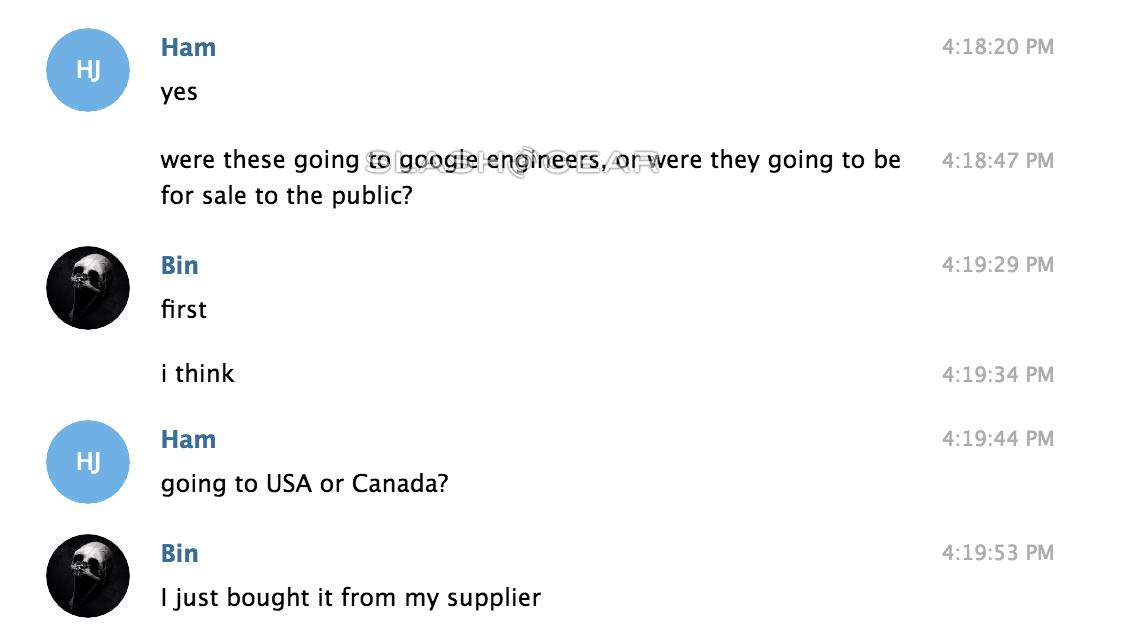 • UPDATE 2: It would seem that the seller’s story hinges on the idea that there is some sort of other source for the hardware. Other than him/herself, that is. Instead of being intercepted at some point between manufacturing and sales/testing, the seller suggested this afternoon that they bought the units from their own “supplier.”

If these do turn out to be legit, it’s very much the biggest leak in supply lines in the history of smartphones in general. Google isn’t likely too impressed. 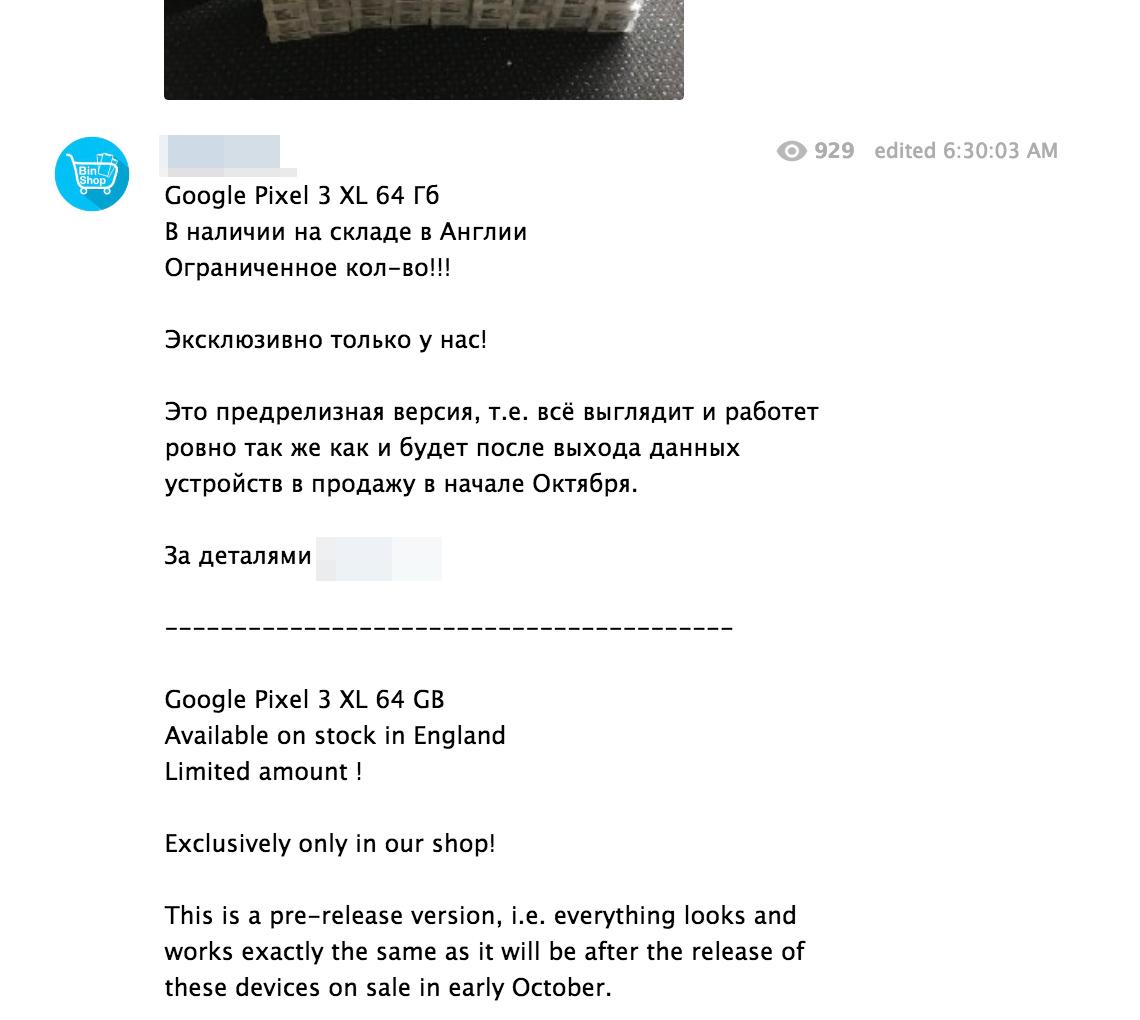 • UPDATE 3: Here you can see the details translated above, right near the stack of Pixel devices in the photo at the head of this article. 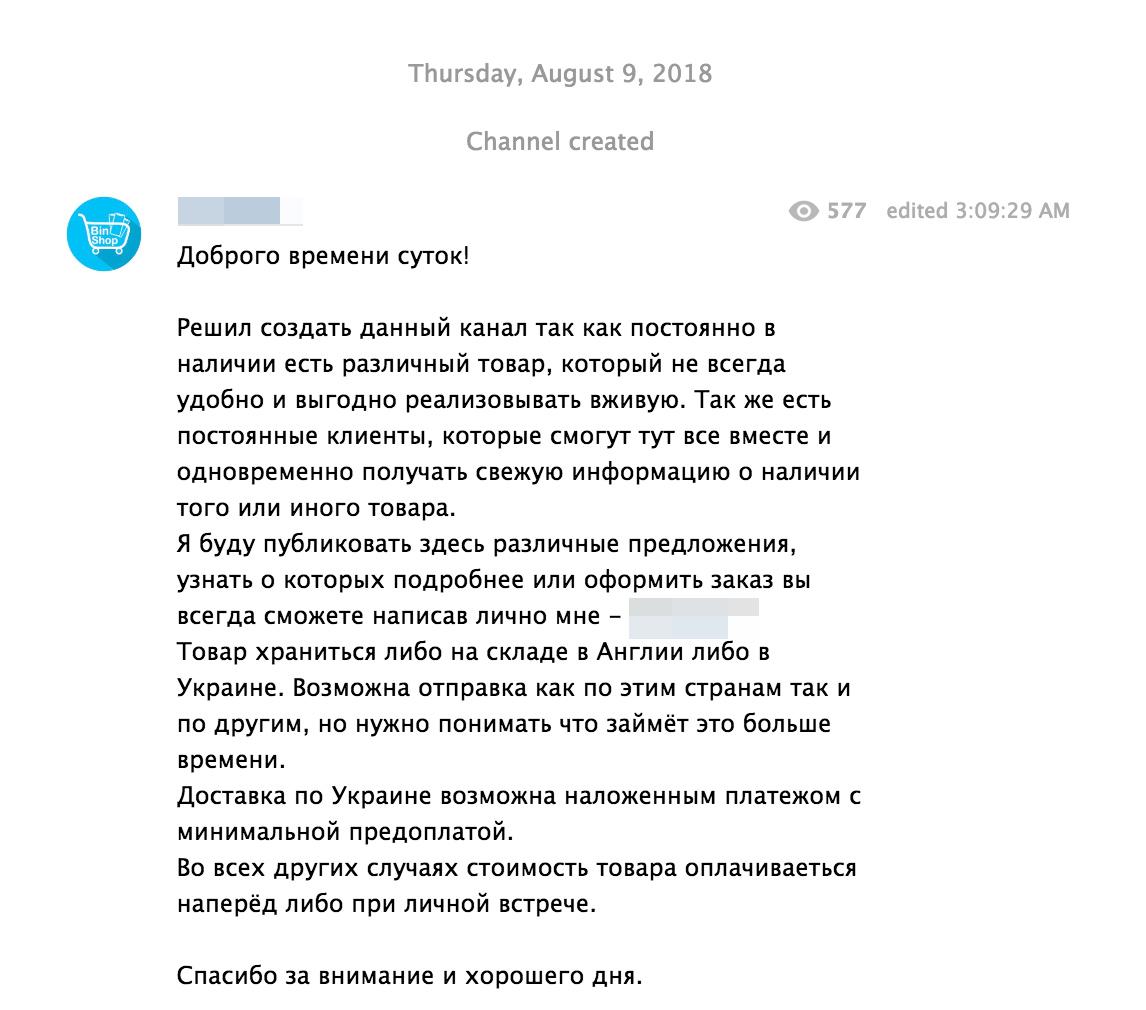 • UPDATE 4: Here you’ll find some text from the start of the channel. The most important part of this text, translated, reads as follows: “The goods are stored either in stock in England or in Ukraine. You can send both to these countries and others, but you need to understand that it will take more time. Delivery in Ukraine is possible by cash on delivery with a minimum prepayment. In all other cases, the cost of the goods is paid in advance or in person.” Shady!