Creating playlists with your friends can lead to the discovery of a lot of great music, and today Spotify is trying to make that process even easier. Spotify announced today that it has given Facebook Messenger users the ability to create group playlists in-chat. The process of creating a group playlist seems pretty straightforward, as it centers around using Spotify’s own Messenger extension.

Some of you may already be familiar with extensions, but for those who aren’t, they’re best described as third-party apps integrated into Messenger. To get get going on a group playlist, you’ll need to tap the blue “+” button that appears in the lower left corner of the app when you’re using it on mobile. From there, tap the Spotify icon and create a new playlist.

Once you begin adding songs to the playlist, everyone else in that specific discussion will be able to tap the “Add a Song” button that appears within the conversation. Just like it does with high scores when you’re playing games with friends, Messenger will post an alert visible to everyone when someone adds a new song to the playlist. 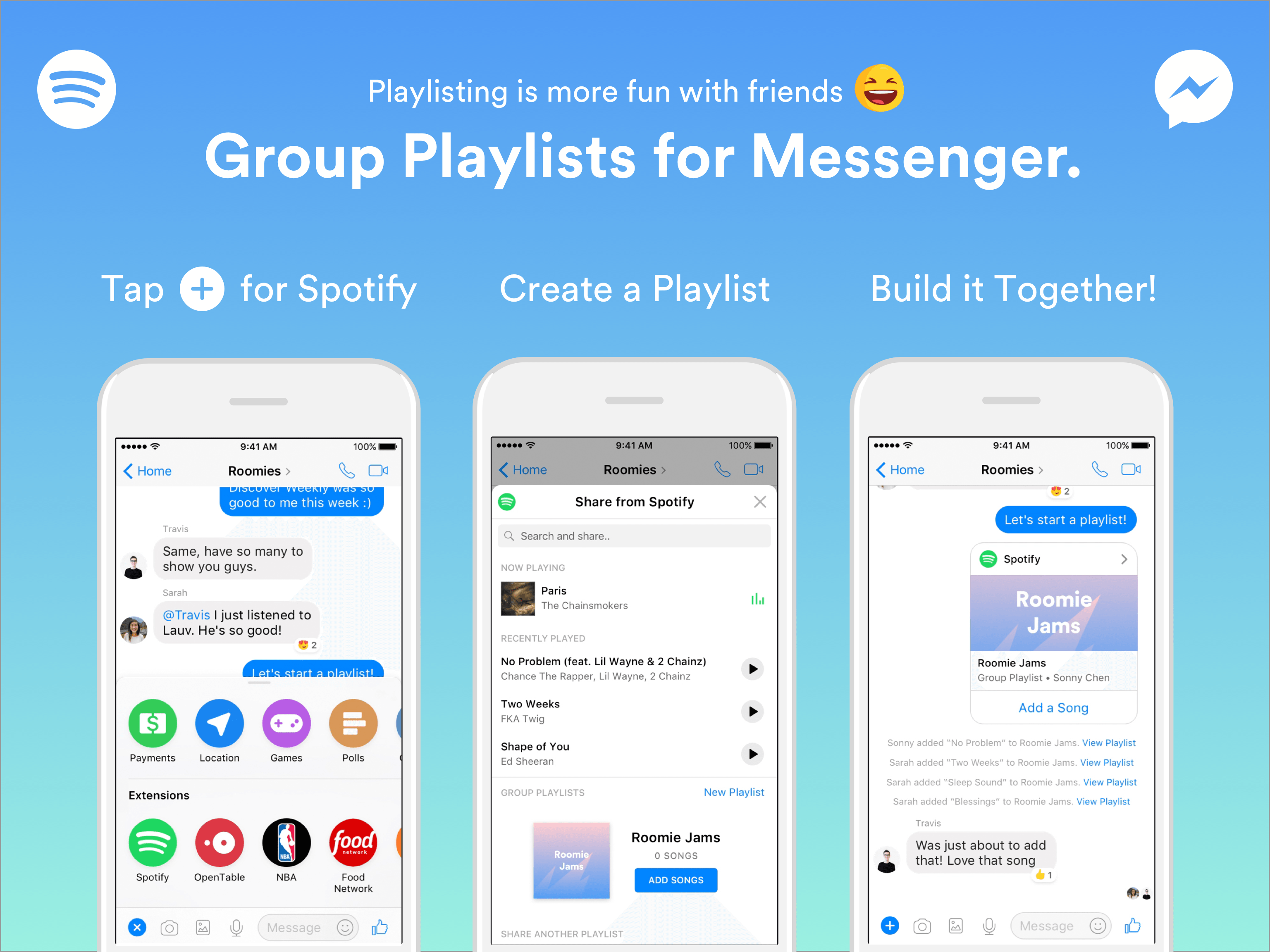 The most intriguing part about all of this is that the other people in chat don’t even need to be Spotify members to contribute to the playlist. Of course, it’s hard to imagine someone not using Spotify these days, given its dominance in the streaming space, but nonetheless, your friends who count themselves among Google Play or Apple Music users can help build these playlists as well.

If you get lost on your quest to build a group playlist, never fear. Spotify’s Messenger bot, which can be accessed here, will take you through the process of setting up a group playlist and then offer its own recommendations if you decide to stick around. You should see this new functionality rolling out today, so go nuts!