In addition to all of the product announcements it made today at MAX, Adobe also revealed new details for its Content Authenticity Initiative. This is still in the prototype stage, but the idea is to make it so photographers and artists can be properly attributed to their work through tamper-proof information attached to each image. If you’ve ever had someone steal your work without proper attribution, this could prove to be a very useful tool.

Adobe previewed a prototype of its Content Authenticity system today. The opt-in feature will be going live in Photoshop and Behance, and it’ll allow users to digitally sign their images, in a manner of speaking. Users have a lot of control over what kind of information is attached to each image, and if they leave everything turned on in the Content Authenticity panel in Photoshop, they’ll be attaching a lot of info.

For instance, users can attach a thumbnail of the image, a “produced by” credit, information about edits and activity, and even information about the assets that were used in creating the image. So, not only would someone be able to see who created an image, but also what Photoshop tools were used and even the individual images that may have been spliced together to create the finished product – assuming, of course, that the creator opts in to sharing all of that.

This information will be viewable in Adobe Behance, so it sounds like for now, this is an entirely in-house verification tool. Adobe’s Content Authenticity Initiative could potentially have some use in determining when images have been faked or were otherwise created with an intent to deceive, but since this is all opt-in, we likely won’t see it used for that purpose. Still, it’s nice that artists and photographers now have a tamper-proof way to attach information to their creations without needing to put a watermark on their images. 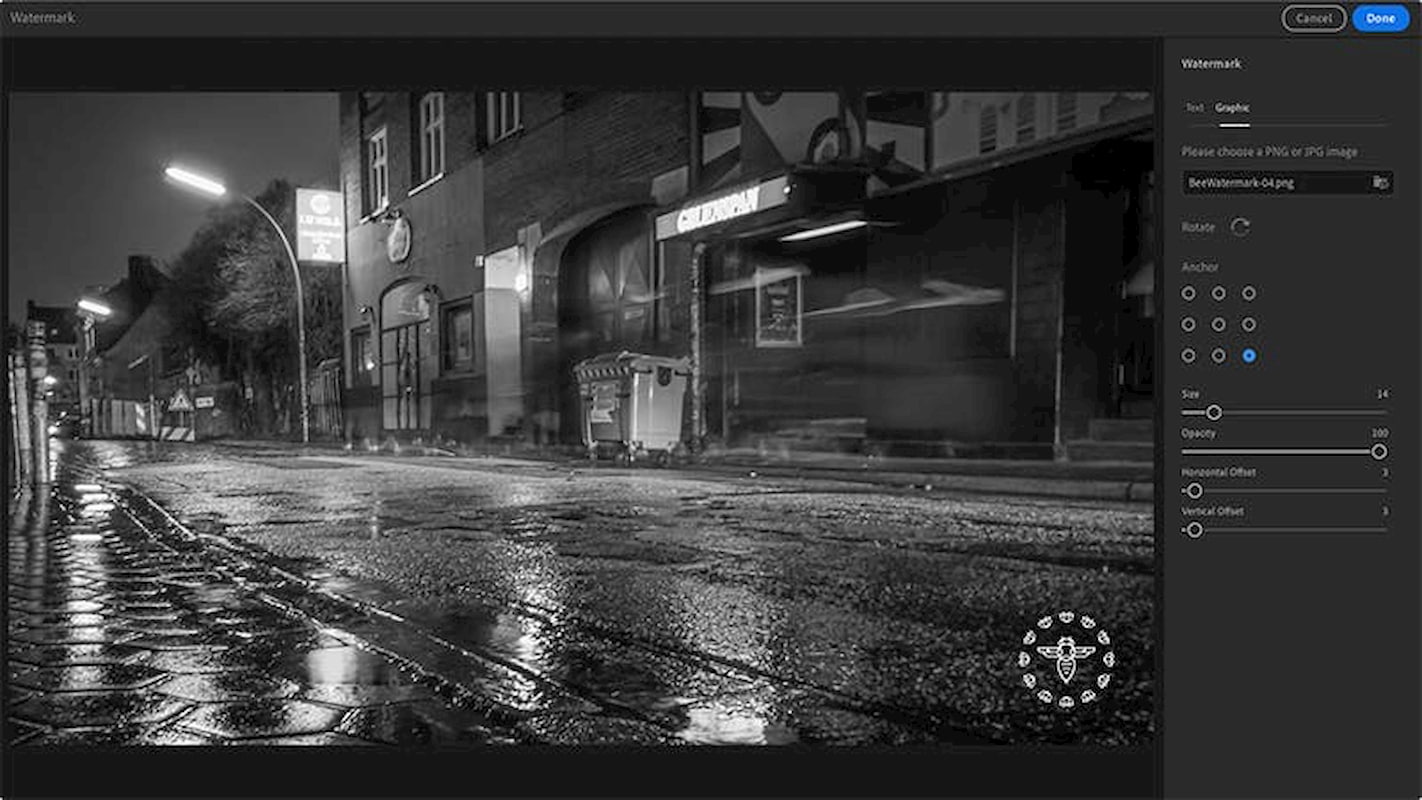 Speaking of watermarks, Adobe also revealed that it’s adding a graphical watermark feature in Lightroom. This follows the text-based watermark feature that rolled out earlier this year, so Lightroom users now have a couple different options when it comes to branding an image. You can find the graphical watermark option under the “Custom” options on Mac and Windows and the “Export As” options on iOS, iPadOS, Android, and ChromeOS. Look for the Content Authenticity Initiative to launch in beta for Photoshop and Behance users in the coming weeks; you can read more about the initiative over on Adobe’s blog.