Here are all the cool software changes Tesla made yesterday

A benefit of owning a Tesla — aside from being an early adopter in a pretty cool company — is their update cycle. Unlike the car the rest of us own, Tesla updates their automobiles over-the-air, and it’s not just to change the clock for daylight savings. Tesla usually brings significant updates to their cars, and yesterday was no different. Plenty of cool new changes are incoming for Tesla owners, and if you happened to miss it — here’s a tidy little recap for you.

The most impressive change for Tesla owners is what the company calls ‘range assurance’. Part of owning a Tesla means you’re constantly worrying if you’re going to run out of juice before you hit the next charging station. Range assurance solves that.

Range Assurance communicates in real-time with charging stations, and bypasses busy ones if you’re in range of another. It also takes into accounts driving conditions, like slope, to make sure you never run short of juice.

By planning a route based on available charging stations, Tesla ‘assures’ that you’ll never run short of power. Their network of charging stations has grown dramatically, so it’s not quite as troublesome as it once was. Unless you need to pass through Arkansas.

Safety features improved as well, where Tesla improved their automatic braking in emergency situations, where “unavoidable collisions” are hopefully dampened due to braking. You’ll also get blind spot warnings, and side collision warnings (which compliment the front-collision bells already in place). 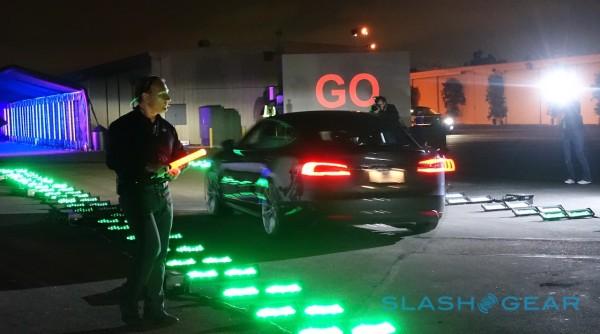 There’s also a neat feature called ‘Valet Mode’. Tesla seems to know that guy in the valet lot wants to drive a Tesla faster than you want him to, so you can now restrict his speed. And lock your glove box and front-trunk.

Again, this was all over the air, which is about as cool as it gets. Tesla says the updates will hit owners as soon as possible, so if you don’t see it yet — sit tight.