Here are all of Acer’s 2018 Chromebooks

During the next@Acer press conference today, the company announced its 2018 lineup of Chromebooks. The line includes four new Chromebooks in all; two with 13-inch displays and two with 15-inch displays. As you’d probably expect, a couple of these Chromebooks are convertibles, including one of the 15-inch models, which is a first for Acer.

The 15-inch Chromebooks seems to be geared more toward mainstream consumers, fitting in well with Acer’s back to school theme. Regardless of whether you pick up the standard Chromebook 15 or the Chromebook Spin 15, you’re getting mostly the same internal hardware. That includes an Intel Celeron N3450, Celeron N3350, or Pentium N4200 CPU (depending on your model), Intel HD Graphics 500, and up to 8GB of RAM. 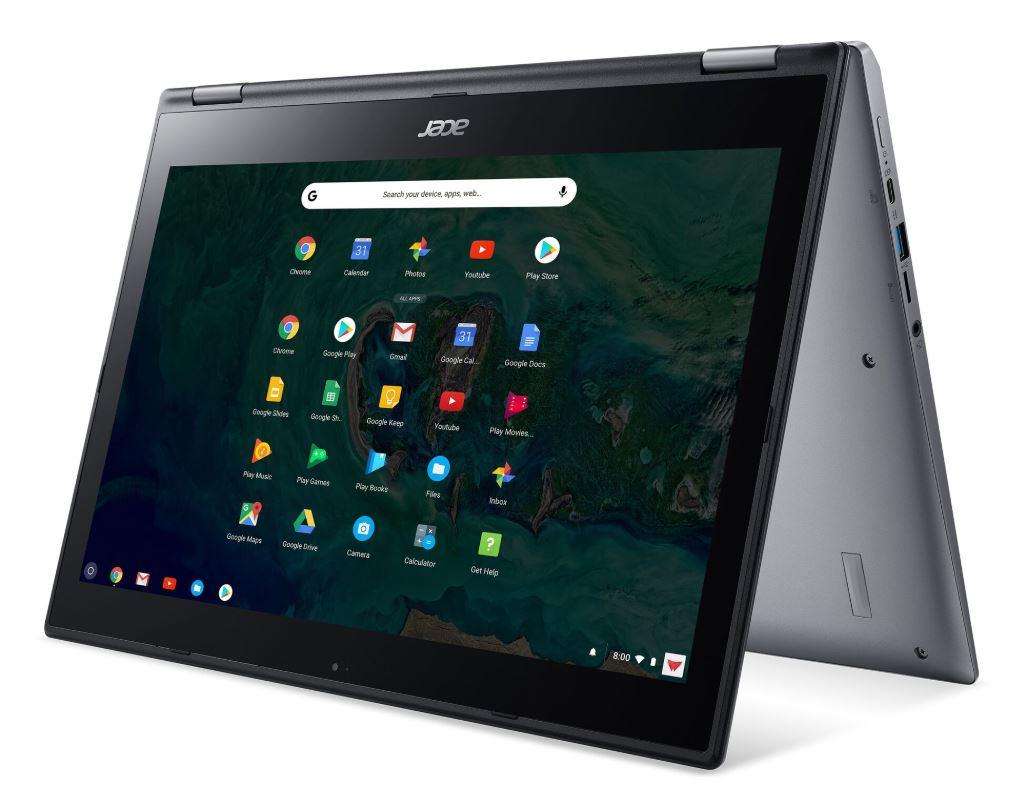 You’ll spend your time looking at a 15.6-inch 1920×1080 IPS display, with the option for 10-finger multitouch as well. In fact, the convertible design of the Chromebook Spin 15 seems to be the only major difference between the two, though Acer does say that you can expect up to an hour of extra battery life in the standard Chromebook 15. 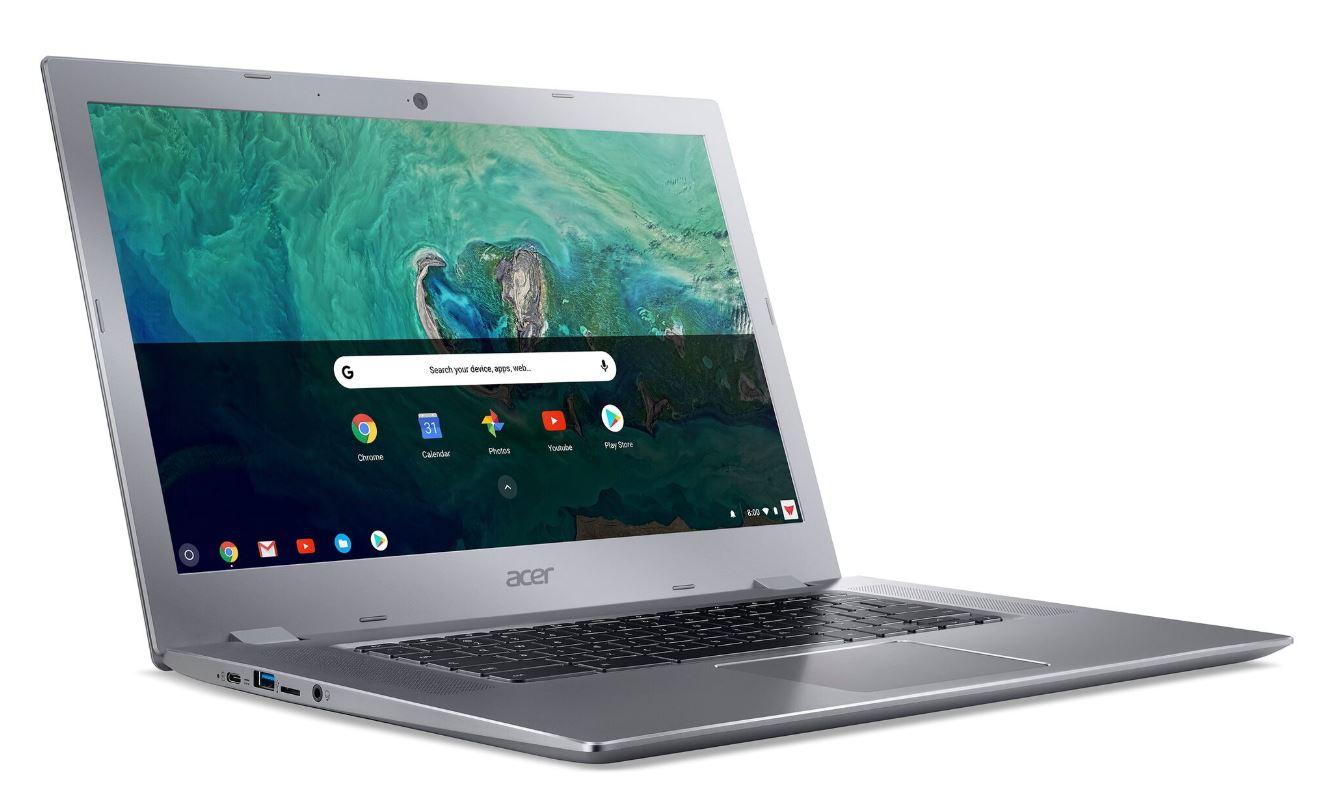 For people who need something a little more powerful but still portable, there’s the Chromebook 13 and Chromebook Spin 13. Again, we’re seeing a lot of similarities in the hardware of both devices, though with more powerful options on the Chromebook Spin 13. For instance, you can go as high as an Intel Core i5-8250U in the Spin 13, while the standard Chromebook 13 tops out at a Core i3-8130U. Both notebooks can have up to 16GB of RAM, and both will provide up to 10 hours of battery life. 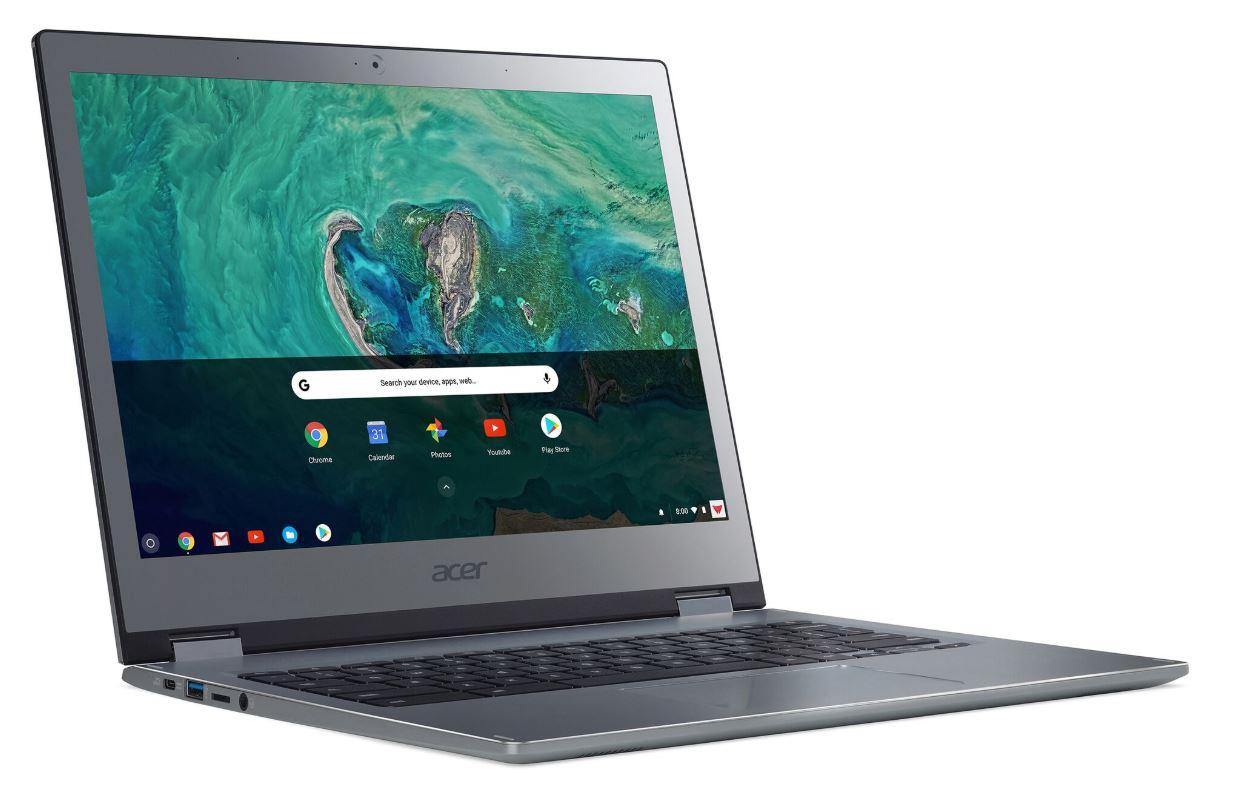 One interesting thing about these Chromebooks is that they both sport a 3:2 aspect ratio instead of the standard 16:9 set up we see on many notebooks. This, Acer says, will help reduce the amount of scrolling you need to do while working on spreadsheets and documents. Both Chromebooks also feature dual USB 3.1 Type-C ports, allowing for charging and data transfer all at once.

Pricing and availability for these new Chromebooks hasn’t been announced just yet, but we can probably expect to see them launch at some point in the next few months. We’ll see what Acer announces as far as release dates and prices are concerned soon enough, so stay tuned.