Ludicrous as it may sound, the hoverboard has been one of the most elusive applications of science and technology in the past decades. Ever since Marty McFly stood atop that seemingly magical plank in Back to the Future II, the hoverboard has been the stuff of dreams of children, many of whom have grown up trying to make that into a reality. One of the latest attempts come from husband and wife Greg and Jill Henderson, who founded Hendo to bring the hoverboard to life.

It is almost ironic that we already have large machines that can hover and yet a skateboard that can is always outside of our grasps, but such are the limits of physics and human knowledge. Or at least current human knowledge. The problem is being blamed on Earnshaw’s Theorem which basically states that two repelling magnets are hard to balance and control. Since the principle of the hoverboard hovers on two repelling magnets, that almost spells doom for any further attempts. Hendo, however, appeals to a different electromagnetic law, Lenz’s law, to develop its own “Magnetic Field Architecture” (MFA) to focus magnetic fields better. The result: a hoverboard, or a box, that can hover at a height of 1 inch. 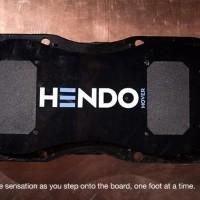 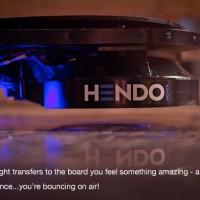 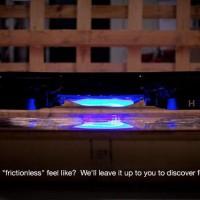 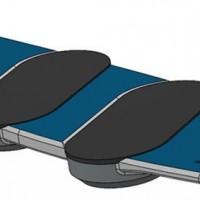 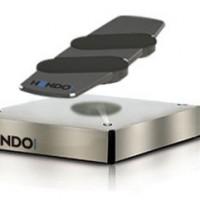 Unfortunately, that only solves one of the many problems that have stumped hoverboard engineers and designers for years. The literally bigger problem is one of space, or surface to be exact. While science fiction would have you think that hoverboards can glide over any type of surface, current technology limits that to special materials, specifically non-ferromagnetic conductors in the case of Hendo’s implementation. That is why the startup is also focused on constructing a hoverpark where you can use your hoverboard. In short, even if you were to buy into this dream and “buy” a Hendo Hoverboard, you won’t be able to use it anywhere anyway.

There are many layers to this dream and so there are also many rewards when you pledge your money to that dream, which is now up on Kickstarter to test just how much the idea will still sell to a population that is probably tired of broken promises and false hopes. At $59, for example, you can have your name etched in a tile for the would be Hoverpark. At $299, you can get a Whitebox Developer Kit, literally a white box that puts Hendo’s theory into action, which you can then open up and study for yourself. If you’re not much of a tinkerer, you can get the ready-made Whitebox+ which uses the same principles to create a completely usable out of the box box, but not one you can pry apart. You can, however, control it with a smartphone.

As for the hoverboard itself, you will need to put in $10,000 for one, and it’s a limited number. Only 10 will be made in fact. Now, as this is a Kickstarter campaign, there is no guarantee that things will go smoothly even if they make their $250,000 goal in 55 days. And as the pulled anonabox would tell you, even extremely popular ones aren’t always legit. Not that we’re calling Hendo out, mind you, but just be sure you know what you’re getting into and where you’re putting your money into.