The next Hearthstone update details warp the game

When the next Hearthstone update is released, it’ll change the whole game – for real. For the first time in Hearthstone’s history, said Blizzard, there’ll be a new “continuous story told across all three expansions.” These expansions will be released over the course of the next Hearthstone “year” – that being the Year of the Dragon. This update will start in May of this year with the first replayable “Solo Adventure” – new to Hearthstone in its entirety.

The newest additions to single-player action is an evolution of the Dungeon Run-style missions of the past year. Included in the mix for this update is a “non-combat tavern encounter” where you’ll find the ability to “fine-tune your deck.” There’ll be new starting decks, hero powers per class, and both free and unlockable adventures.

Each new chapter that’s not unlocked at the start will cost 700 gold, or the entire “experience” can be purchased for $20 USD. Each chapter’s ending gives the user three card packs “from the new expansion.” Completing all five chapters gives the user “a card back and a Golden Classic pack.” 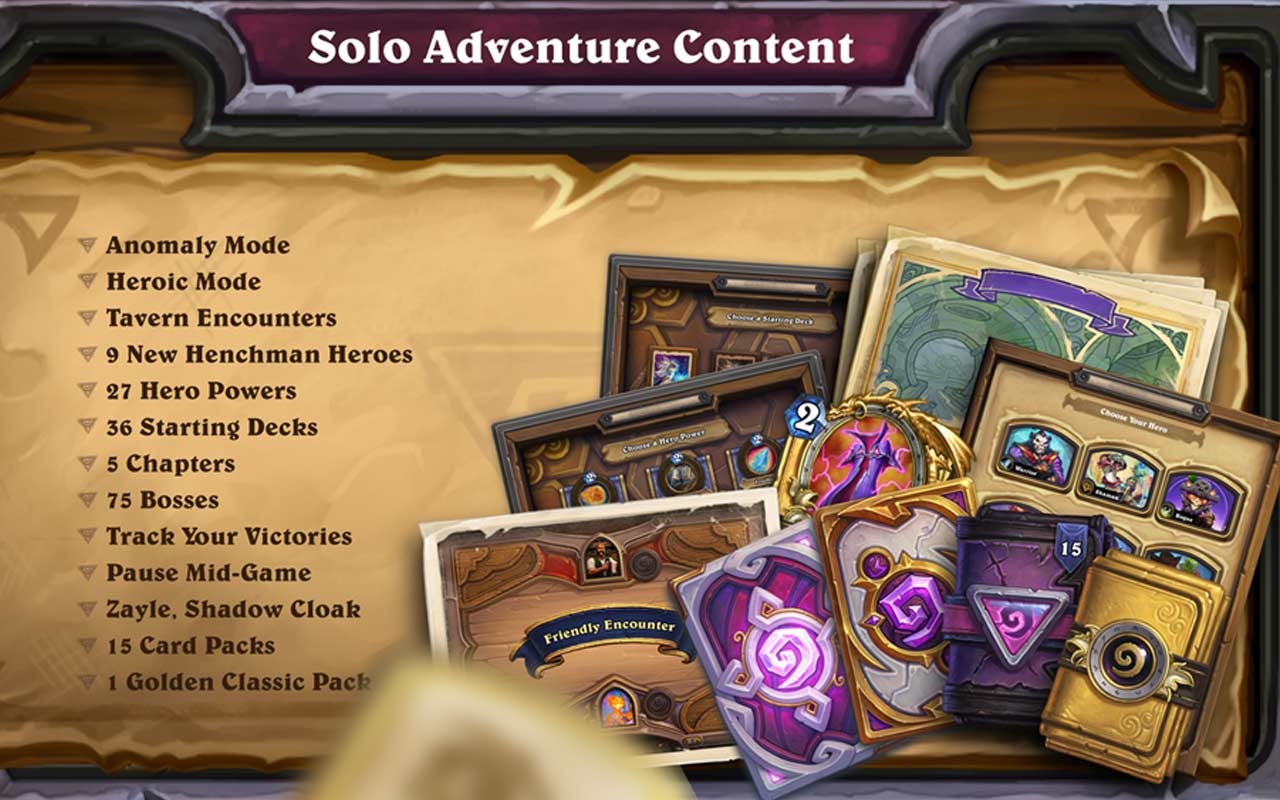 When you win 500 games in the standard multiplayer format, you get a Golden Hero. With this new year’s update, winning a game in Arena format will also count toward your 500-win count.

Much like a classic 1v1 fighting game’s level and fighter selection screen, a new “random” option will be a part of Hearthstone. This random bit will select a card back from your collection each time you begin a new match. You’ll feel so renewed, each new game!

The way Arena works will change in a BIG way thanks to the new “rotating” style Blizzard announced this morning. There’ll be a new “draft pool” 2x every expansion – so once at the start, once halfway to the next expansion, more than likely.

The new draft pool will include different sets, at each switch. For example the first rotation will include the following sets: Basic, Classic, Curse of Naxxramas, Whispers of the Old Gods, Mean Streets of Gadgetzan, The Witchwood, and the first expansion that’ll be released in this Hearthstone year. 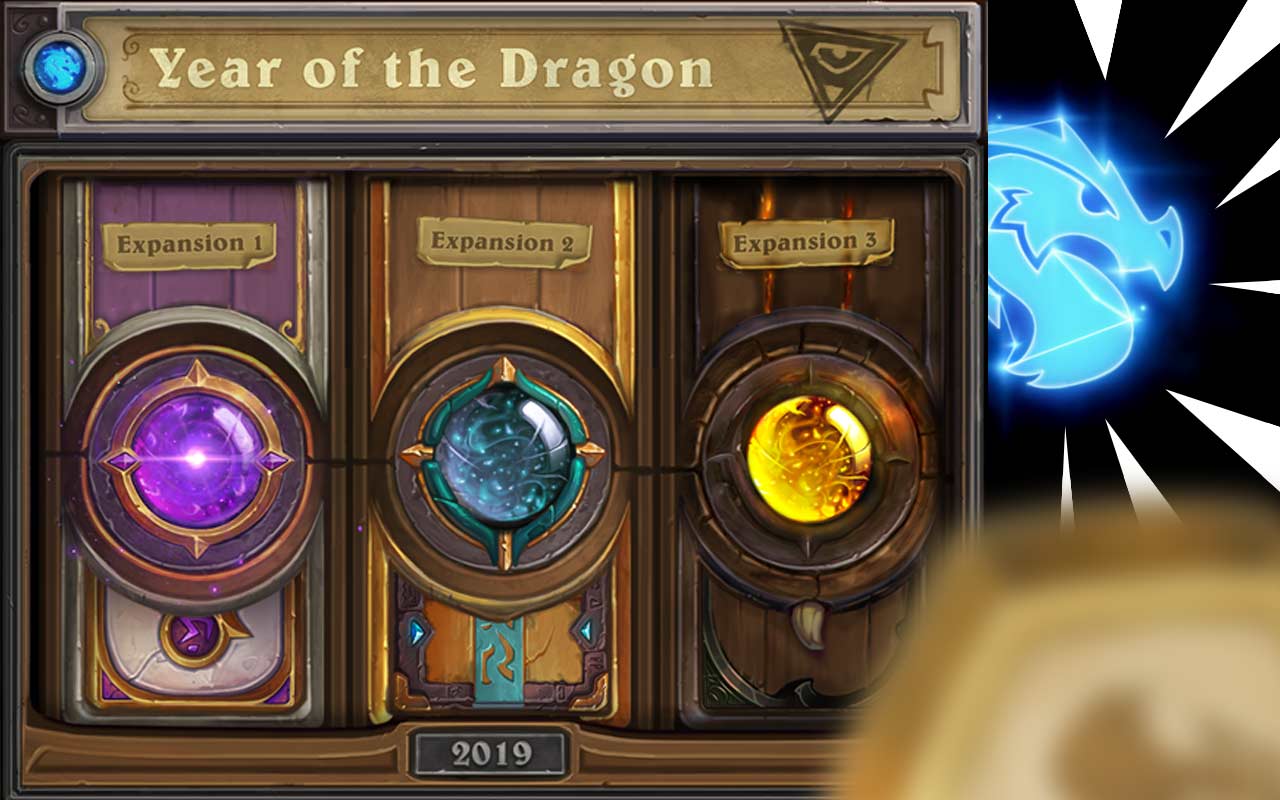 If you’re an insane person, and do not like the idea of getting packs of cards for completing “Legendary” quests, you’ll soon be glad! For now, once this update hits, all Legendary Quests will be able to be rerolled, just like a normal quest.

Legendary Quests up unto this point were the only quests to give packs of cards as their reward. Rerolling a Legendary Quest will more often than not (and probably always) result in a more standard, gold-giving quest instead.

There’ll be a “smarter deck builder” with this update, with better picking of cards based on “your current card collection.” It’s likely Blizzard employed some better machine learning here – or at least tweaked the system to account for the massive change in this year’s in/out of sets.

Stick around for more Hearthstone updates this week – there’s a lot changing in a very short time!