This morning Blizzard released the latest expansion for the digital collectable card game Hearthstone. This latest expansion goes by the name Scholomance Academy, and it includes 135 new cards in total. With the launch of this set, gamers are able to claim a couple of free packs of cards after they play 25 cards in Play mode.

The Hearthstone Scholomance Academy set includes a collection of cards and mechanics that make the game feel more like Magic: The Gathering than ever before. That’s a good thing, in this case, especially if you’re like me and your most fond memories of Magic Cards are from the late 1990s with sets like Tempest. 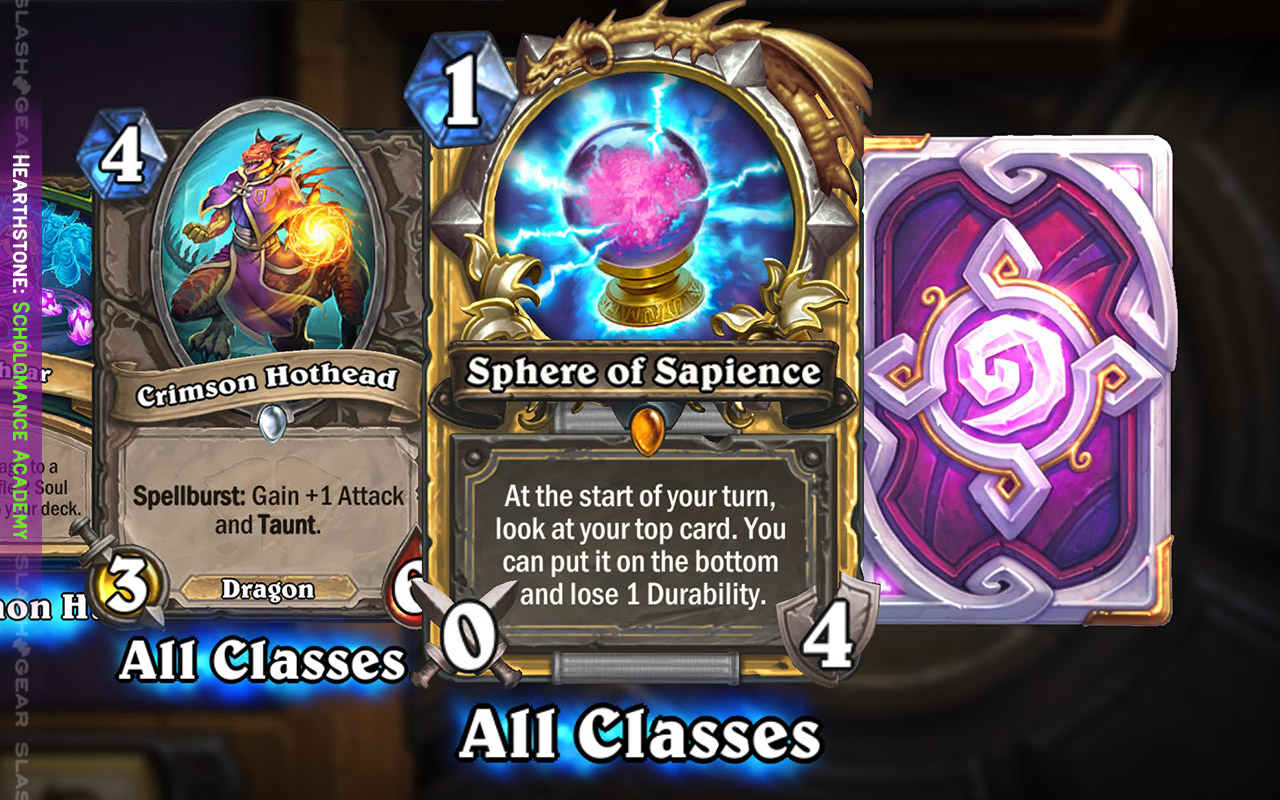 But this “Sphere of Sapience” an artifact, in effect, and it’s a sign that Hearthstone is expanding in a way that allows a more diverse set of strategies to unfurl. Especially since this card is not relegated to one class.

While in the past we’ve had a whole bunch of characters available to play in “all classes” in Hearthstone, Solomance Academy really drives home the point that the game’s getting more complicated. Strategies can now expand beyond the limits of the one class, in ways not available before! 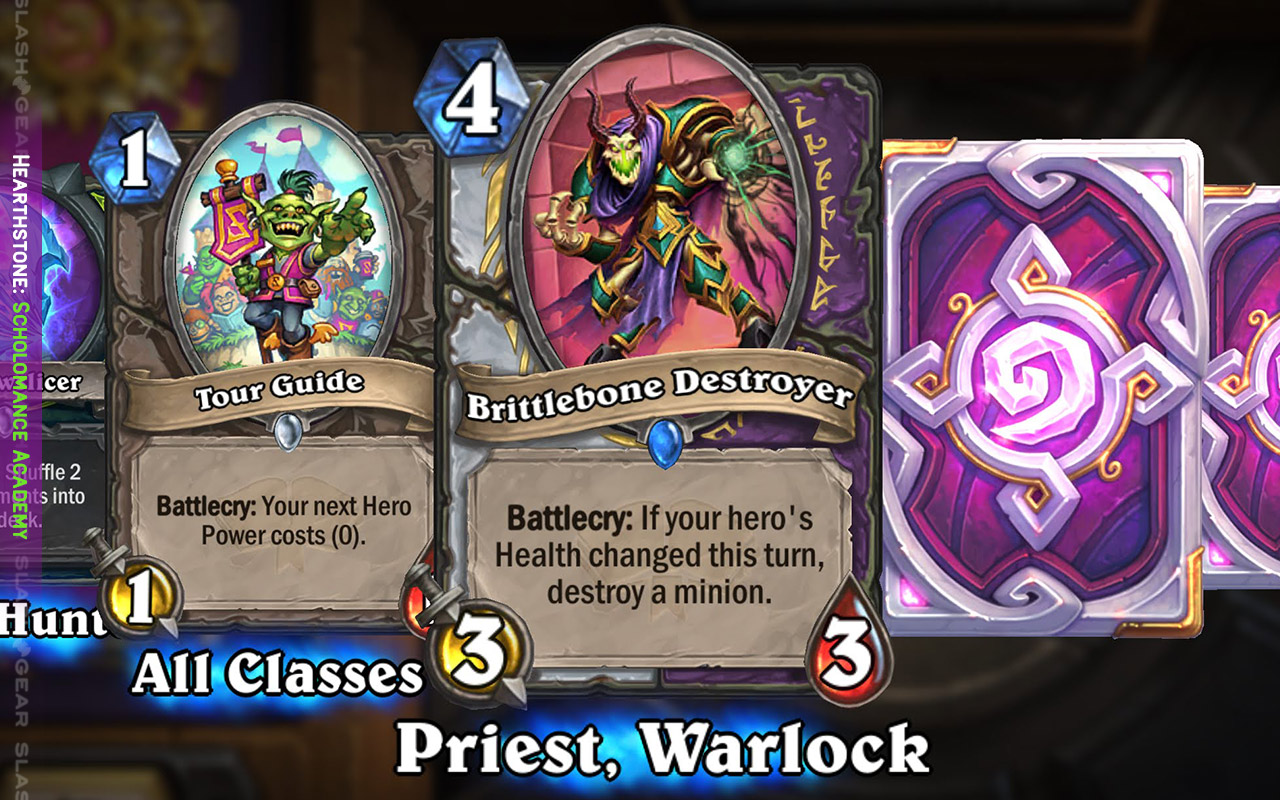 Dual-class cards are included in this Hearthstone expansion. Take for example the Brittlebone Destroyer. This character can be placed in a Priest deck or a Warlock deck – generally two of the most opposite of classes when it comes to strategy. This card hits the subject on the nose, activating a Battlecry effect “If your hero’s Health changed this turn,” where a Warlock would normally focus on losing life, and a Priest would normally gain life.

This set is just about as game-changing as an expansion for a card game gets. The entirety of the Solomance Academy set was released today in packs in the game – by all means, go take a peek now!