The Japanese Hayabusa2 spacecraft touched down briefly on the surface of the asteroid known as Ryugu in February and July 2019. During those brief touchdowns, the readings the spacecraft took with its instruments are giving researchers new insight into the physical and chemical properties of the asteroid. Scientists say that findings could help explain the history of Ryugu and other asteroids as well as the solar system.

Scientists say that while the planets have changed a lot since the early days of the solar system, asteroids are more or less the same as they were at their formation. Scientists studying the data Hayabusa2 has provided believe knowledge of the evolutionary processes of asteroids and planets is essential to understanding the regions of Earth and life itself.

Scientists believe they will learn a lot about Ryugu from the direct study of the asteroid material. Before the samples even returned to Earth, the spacecraft has helped scientists to investigate the physical and chemical makeup of the asteroid. Researchers say they used imaging instruments aboard the spacecraft to look at the dusty material kicked up by the spacecraft engines during touchdown. 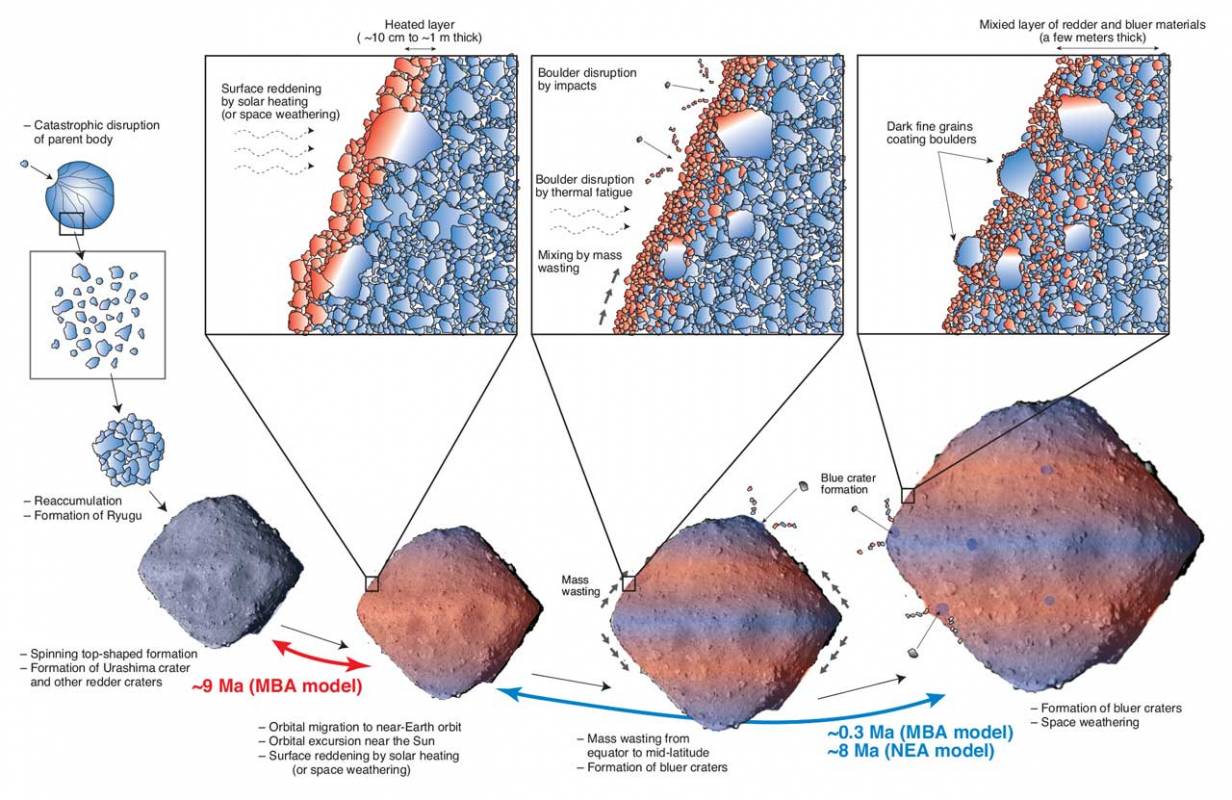 The scientists discovered significant amounts of very fine grains of dark-red colored minerals. Those minerals were produced by solar heating, suggesting at some point Ryugu must have passed near the sun. The researchers say that they know the asteroid is carbon-rich and contained hydrated minerals and organic molecules. The team wants to understand how solar heating chemically changed these molecules.

They believe their theories on solar heating can change what is known about orbital dynamics of asteroids in the solar system. That knowledge can also lead to changes in the understanding of broader solar system history, including factors that affected life on Earth. The team is also studying differences between material on the asteroid heated by the sun and material that was not.