Things get ever smaller in the world of technology and while some things can get too small, like say notebooks or smartphones leaving them hard to use, other things can get so small it’s hard to fathom the scale. Harvard scientists have created the world’s smallest radio receiver and this little radio has parts that are built on an atomic scale. The receiver uses miniscule atomic-scale defects in pink diamonds.

The researchers at the Harvard John A. Paulson School of Engineering and Applied Sciences made the assembly for the radio receiver out of building blocks that are the size of two atoms and the construct is able to withstand extremely harsh environments. The assembly is also bio-compatible meaning it could be placed inside the human body. The imperfections in the diamonds that enabled this tiny breakthrough are called nitrogen-vacancy (NV) centers. 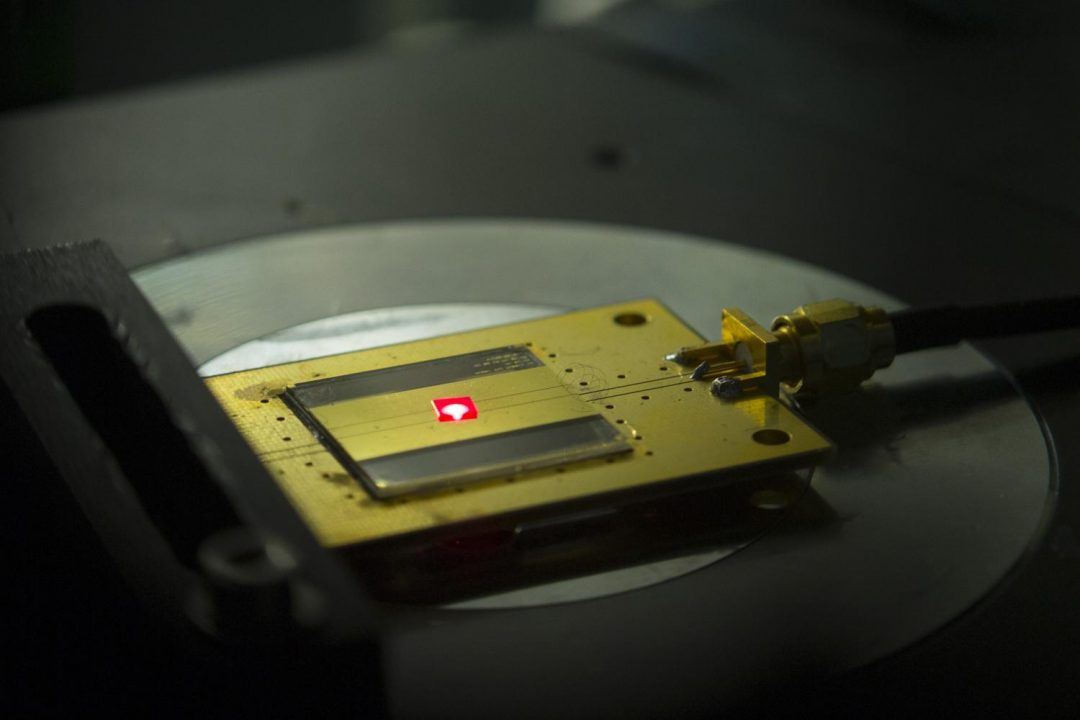 That last bit means that the NV centers can convert information into light allowing them to be powerful and potential systems for quantum computing, photonics, and sensing. Building a radio receiver requires five components including a power source, receiver, transducer, speaker, and a tuner. The device the scientists have created powers the electrons in the NV center with green laser light.

When powered the electrons are sensitive to electromagnetic fields including FM waves. When that audio signal is received it is emitted as red light that can be interpreted by a common photodiode and converted into current. That current is then turned to sound by a speaker or headphones. An electromagnet can then be used to tune the radio station creating a very robust radio receiver that can operate at about 660F.