Over a year after release, Pokemon GO continues to be a rather city-centric game. Hopeful users living in far-afield neighborhoods have little or no opportunity to see, catch, or battle Pokemon. This Harry Potter game won’t be like all that. 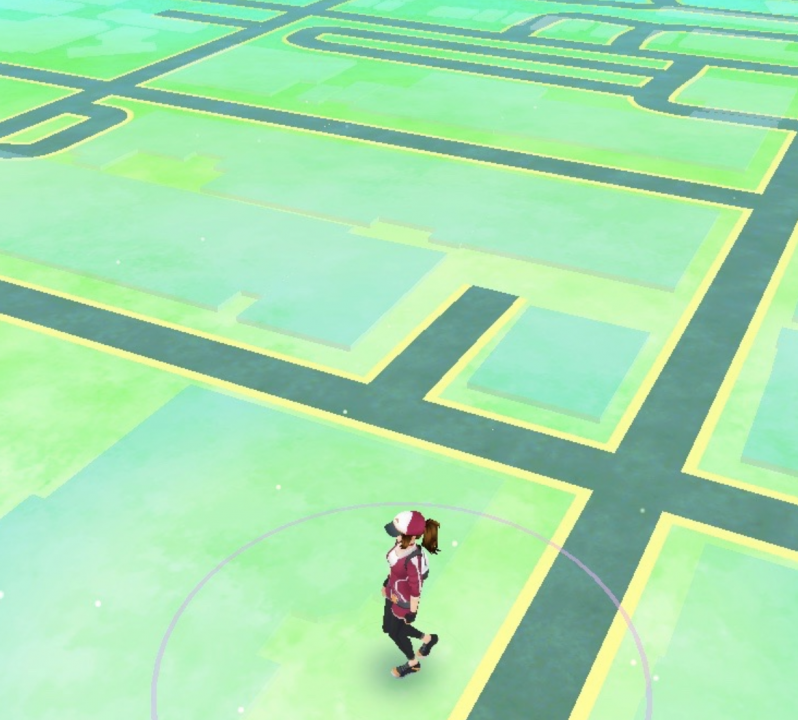 TO THE RIGHT: One of the many ghost towns from around the world in Pokemon GO.

It’ll be interesting to see how Niantic uses their Ingress platform to make a more globe-ready game in HPWU. This new game’s first release documents suggest that the future is bright. “Explore real-world neighbourhoods and cities to discover mysterious artifacts, learn to cast spells, and encounter legendary beasts and iconic characters along the way!”

The key there – in British spelling, no less – is the inclusion of both neighbourhoods and cities. The Ingress model will still certainly be in use, but HPWU will be another layer separate from Ingress and Pokemon GO – they might even use different photographs for landmarks!

For real this time! While Pokemon GO was originally meant to be a largely AR-based game, it turned out to be a lot more realistic to stick to GPS and on-screen gameplay. Niantic still wants to promote the use of AR in Pokemon GO, but they’re not nearly so insistent as they’ll be with HPWU.

“Harry Potter: Wizards Unite uses state-of-the-art augmented reality technology to reveal the magic all around us.” This means the newest in new AR technology – that’s ARKit for iPhone and AR Core for Android. This also means that not all smartphones will necessarily be able to play the game.

Google’s ARCore will be open to a wide variety of smartphones in the future – but for now, developers are limited to a few devices. To utilize ARCore from Google on Android in its early preview SDK state, developers need to use one of the following smartphones.

This does not mean these will be the only devices that can play HPWU, but it IS a hint at how new your smartphone MAY need to be to take part in the HPWU full experience. The Apple ARKit situation is similar – but the limits are already in place for the whole iOS universe.

Again, these may not end up being the requirements for HP: Wizards United, but they’re probably a good hint at the age of the devices that’ll be able to play. That is, unless the whole “state-of-the-art augmented reality technology” bit isn’t actually entirely accurate.

Niantic’s newest job listings (up in the last few weeks, with mention of Harry Potter: Wizards United) include both the terms Augmented Reality and Mixed Reality. It’s difficult to differentiate between the two – but the fact that they’re both there means we’re going to see something new in HPWU. Again, HPWU will make far more active use of AR and MR than Ingress or Pokemon GO.