Happy anniversary iPhone; here’s to the next five years!

It’s the iPhone’s five-year anniversary, and I’m proud to say I was there from the start. In fact, I was number eight in the line outside the New York Cube Apple Store, camping out for nearly five days to be one of the first to get my hands on the new smartphone. Spending that time wasn’t just about recording history from the front line, but also taking part in an historical event. The iPhone has long been treated as a watershed moment in smartphones, and it’s fair to say that in its shadow just about all of the devices that came before it fell well short in more than a few ways. I knew, after handling a whole lot of smartphones prior to the iPhone, that this one device would change the entire mobile industry for the better.

As far as I know, that excitable queue was the first of its kind, and possibly the largest “iCamp” for any single device. It certainly changed the way gadget anticipation was perceived in the industry. Apple always gets credit for the quality of its hardware and design, and the ease of use of its software, but the company’s strategy with the iPhone has arguably been the most significant diversion from the industry status-quo. 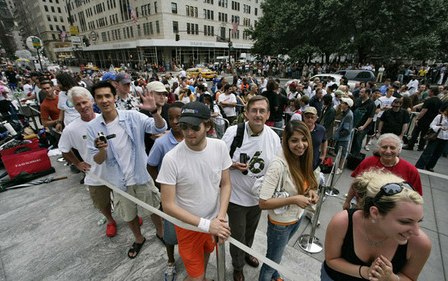 One device in the line-up; one device per year. “One size fits all” in some ways, but – with the advent of the App Store – a near-infinite number of ways to personalize your iPhone. Developers, carriers and consumers flocked to it, more so when the iPhone spawned the iPad and spread its dominance to the tablet market. 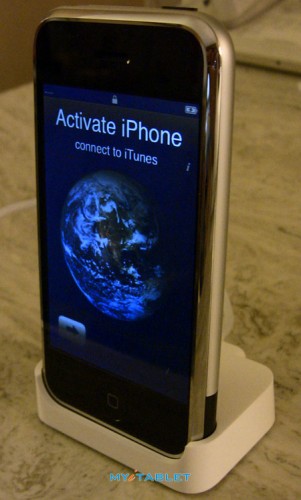 The iPhone hasn’t had it easy, though, and Apple has fought hard to maintain its ease of use amid advancing features, to streamline its industrial design, and to variously lead and react to the evolutions of the mobile marketplace. Along the way more than 315 million iOS devices sold of which nearly 220m iPhones of five generations have been sold worldwide. 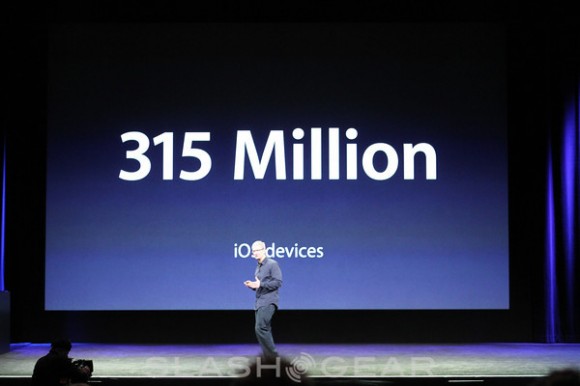 Through the years, we’ve continued to track and report on the iPhone as well as iOS, as they’ve matured into a platform that has forced competitors like Microsoft, RIM and Nokia into reinventing their businesses. For RIM, it’s obvious that they’re in trouble, while five years on Microsoft is still trying to get Windows for phones into the mainstream. Think for a moment about Palm: gone. Nokia, once the dominant force: given up on Symbian and thrown in, with no small degree of desperation, with Microsoft.

In the end, though, it doesn’t so much matter whether you’re a fan of the iPhone or of another platform. Strong competition and innovation in the mobile space – new features, refining those we have to make them more flexible and more usable, and delivering advanced technology in a way that makes it approachable and unintimidating – is something that benefits everybody with a mobile device. The smartphone segment five years ago was naive and lacked direction; iPhone shook that complacency to its core, and we’re still seeing the repercussions today.

Now iOS 6 is nearly upon us, and the rumors around the iPhone 5 are coming thick and fast. It’s bound to be contentious and, if I were a betting man, I’d put money on it being a sales success too. Each year Apple manages to do something which has the industry smacking its head, wondering why it didn’t collectively spot that possibility. For 2012, the talk is of bringing mobile payments to the mainstream, and a deepening of Siri’s potential as the voice-control system steps up to take equal place next to the touchscreen paradigm Apple revolutionized.

Knowing what I know now, would I have camped out for nearly a week just to be among the first to get my hands on the iPhone? Hell yes, and I wouldn’t even think twice about it. Happy anniversary iPhone; here’s to the next five years. http://slashgear.com/apple/ 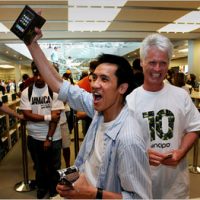 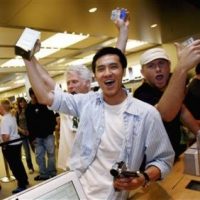 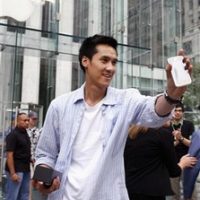 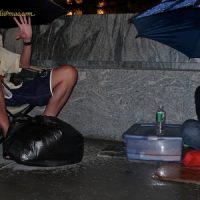 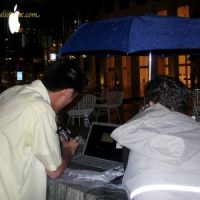 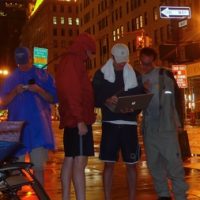 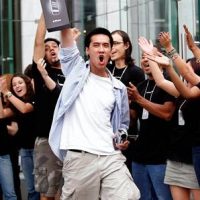 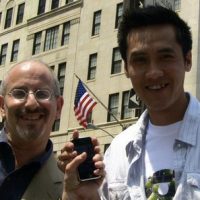 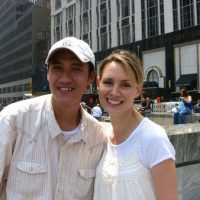 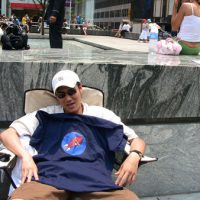 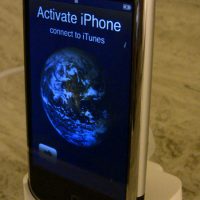 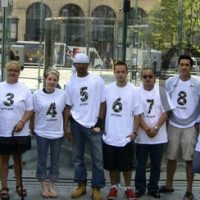 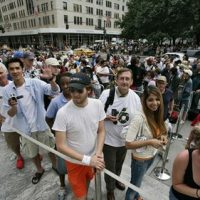 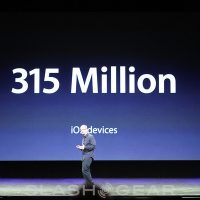