Google gives away their second virtual reality headset Cardboard at Google I/O 2015, the first to officially support Apple’s iPhone. What you’re going to see here is a simple piece of equipment, one made of cardboard (literally), glass, and a bit of conductive foam. No more magnets. Still velcro, but a little bit different use of metal than before. This allows not just Android devices to work, but any smartphone. Even devices that aren’t necessarily running iOS, if you want to be especially explorative with it.

This headset is designed to be super easy to use and to create. While the first Cardboard took several steps to unfold, re-fold, stick together and construct, this version is a mere bend over backward and stick. 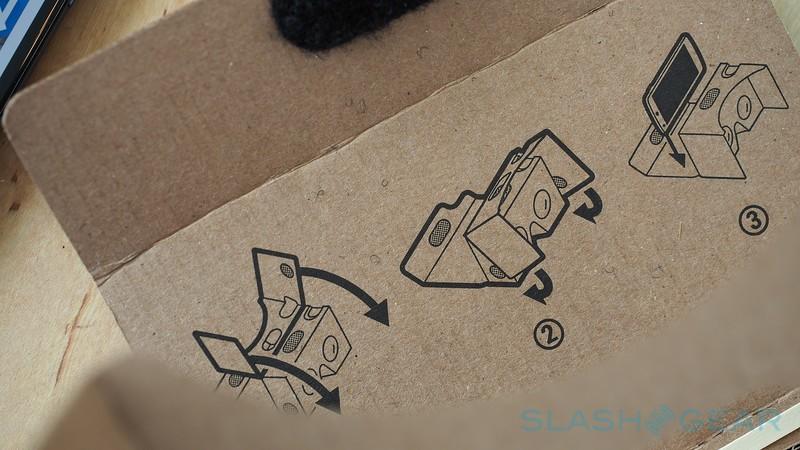 This version’s use of conductive foam makes it a little more complicated on the inside, but it’s nothing you’ll have to worry about. Not about constructing, anyway.

It might make it a bit more expensive to construct if you’re doing it at home, but from Google’s perspective it’s just another coin in the Uncle Scrooge cone of coins.

And it’s cheap enough to be distributed widely for next to nothing. 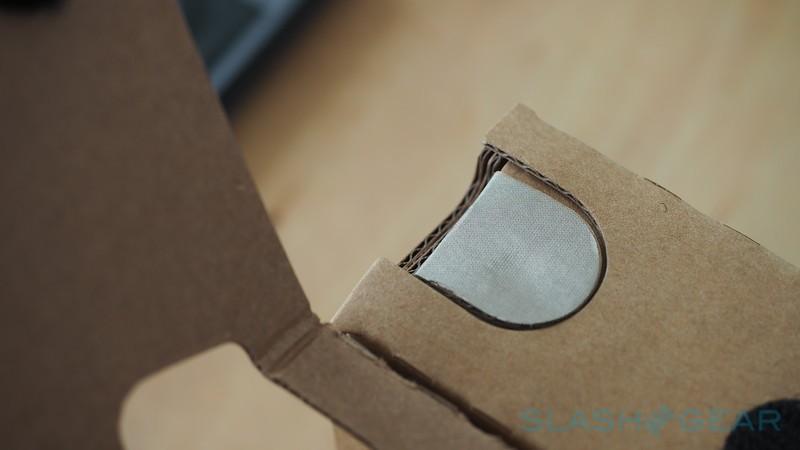 This version of Cardboard uses that little bit of conductive foam and a button that’s actually a lever inside the headset to make a simple pressing mechanism. This makes for a simple “tap” on whatever smartphone you’re using, perfect for Mobile VR apps of all kinds.

Android devices and iPhones with displays up to 6-inches work fine here. 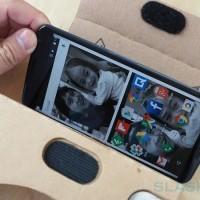 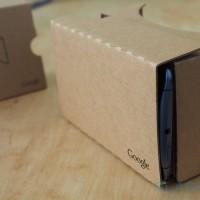 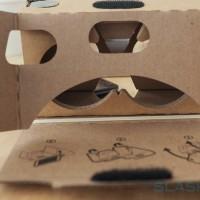 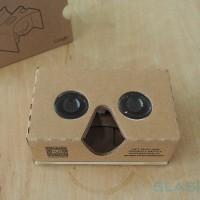 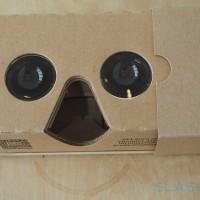 Today is the first day Google has a Cardboard app for iOS as well – imagine the coincidence!

Have a peek at this model we’ve acquired from Google I/O 2015 and dig your fingernails into your kneecaps and wait – it won’t be long before 3rd-party manufacturers create their own version of this Cardboard 2.0 for the masses.