Smartwatches are finally hot thanks to the Apple Watch and its life-saving health features. Some watchmakers are begrudgingly adding some hybrid smart functionality while some still cling steadfastly to classic analog and digital timepieces. Against this backdrop, the Hamilton PSR is both a breath of fresh air and an oddity. In giving homage to its visual namesake, it offers a watch that does one thing and one thing only: tell the time.

Announced back in 1970, the Hamilton Pulsar was, back then, considered a space-age watch of the future. It definitely looked the part, employing a stainless steel body that even James Bond was fit to wear. Its biggest innovation, however, was the use of an LED screen to tell the time in numbers rather than mechanical parts and hands.

LED quickly gave way to LCD though and the Pulsar became but a fond memory and a brand sold off to Seiko. Fifty years later, Hamilton is bringing back that watch but with a different name and a slightly different twist.

The Hamilton PSR uses both LCD and LED, the former for the dim always-on display and the latter kicking in at full brightness at the press of a button. The watch also gets some water resistance and a sapphire crystal glass that would have been way ahead of its time back then. Other than that, though, all it really does is tell the time. 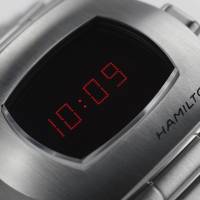 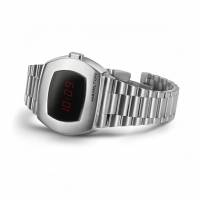 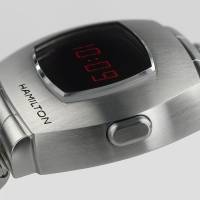 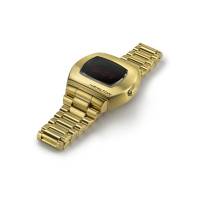 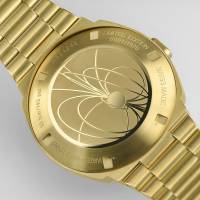 The Hamilton PSR is expecting people to pay a handsome 745 CHF ($760) for a remake. There’s even a 995 CHF ($1,015) limited edition gold variant that uses 1970 parts. It may be a deal considering the original sold for $2,100 decades ago but it’s something only watch aficionados will probably appreciate today.