As part of a long blog post today, Microsoft announced that its upcoming Halo Infinite game will support both cross-platform gameplay and progression, at least between the Xbox consoles and PC. The team behind the game talked about some of the work that went into making these two features possible, as well as a number of other topics.

The new game details arrived as part of the April 2021 Inside Infinite edition of Microsoft’s monthly blog series. 343 Industries took the lead on this interview, this time tapping Halo Infinite development lead and producer Mike Romero and Jeff Guy, respectively. The interview is joined by a number of new screenshots showing off the game in super ultra-wide resolution. 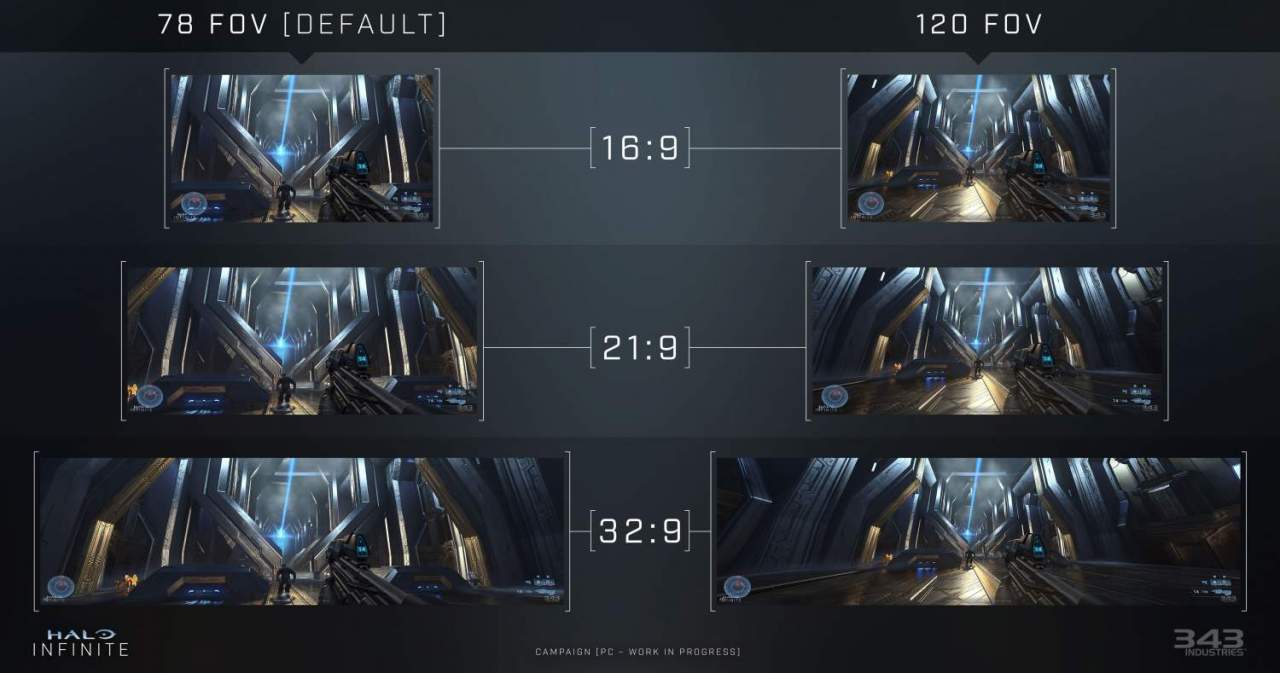 It’s clear the team intends Halo Infinite to be a top-tier PC game, but one that Xbox players can also play — as they’ve done over the game series’ long history. Guy explained part of what went into making this possible, explaining:

Building a native, first-class PC experience for Infinite meant convincing some brilliant console developers that these quirky features they’ve never cared about are hugely important to PC players. This job is at times equal parts educator and PC hype man.

In addition to noting that Halo Infinite will offer PC players support for ultrawide resolutions, including 32:9 and beyond, the duo also confirmed that fans will be able to play with their Xbox friends; likewise, for gamers who toggle between the Xbox and PC, there will be cross-progression between the two versions.

Romero went on to explain:

It’s honestly a fun challenge to make something both so customizable and advanced yet accessible and cross-platform at the same time […]To make the game cross-platform we go through great pains to ensure you can have a competitive experience on any device, so things like your field of view (FOV) settings which are more standard on PC are also available on console.

The cross-progression and crossplay will cover both campaign and multiplayer in the game, the latter of which will be free to play when the game launches later this year. It’s still unclear when the Halo Infinite beta will be available to play on Xbox and PC, but we’re only months away from the game’s full launch.