By now, most of us are probably familiar with the Half-Life story: the last time Valve released a Half-Life game was in 2007, and in the time since then, it’s been pretty much silent on the future of the series. We’re coming up on the 10th anniversary of Half Life 2: Episode 2‘s launch, and now a former writer for the series has seemingly released a bunch of story details for the missing third episode on his personal website.

Earlier today, Marc Laidlaw published a rather long and somewhat confusing post titled “Epistle 3,” to his website. The post takes the form of a letter penned by one “Gertie Fremont, Ph.D,” which is quite clearly a stand-in for Gordon Freeman, the silent protagonist of the Half-Life series. In the letter, Gertie addresses Half-Life players directly, explaining what she (he?) has been up to over the past 10 years.

We won’t spoil it for you here, but if you’re a Half-Life fan, you should definitely give it a read. Of course, the Half-Life loving internet masses have wasted little time in dissecting the letter, and in one particular Reddit thread, users bring forth all sorts of possibilities and theories about the letter itself. 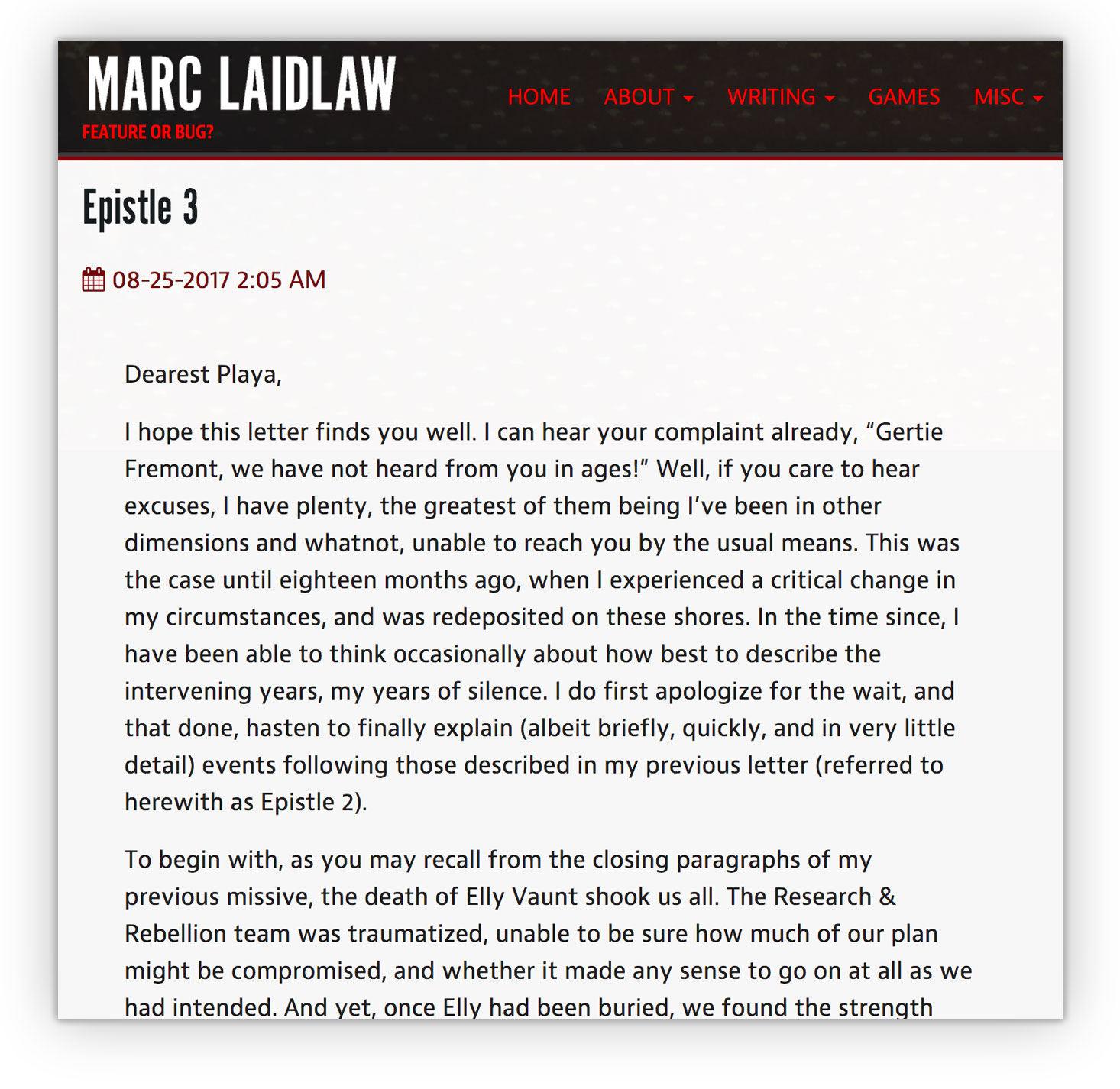 One interesting thing of note is that the first and final paragraphs appear to hold messages from Laidlaw to fans, with the rest covering what appears to be a rough outline of Half-Life 2: Episode 3‘s story from the perspective of Gertie. The final paragraph is of particular interest, because it seems to hold a call to arms for Half-Life fans:

I no longer know or recognize most members of the research team, though I believe the spirit of rebellion still persists. I expect you know better than I the appropriate course of action, and I leave you to it.

This sentence, though cryptic at first, makes a lot more sense when you attempt to look at it as if Laidlaw were saying it. The talk about not being able to recognize most of the members of the research team references Laidlaw’s departure from Valve in 2016. Essentially, he’s saying that while dreams of Half-Life 2: Episode 3 may still be alive within some employees at Valve, it’s up to the players to see it come to life.

Whether that means players should keep pushing Valve to make a new Half-Life game or take matters into their own hands through things like modding is anyone’s guess. With this story out in the open, though, we may just see the modding community surrounding Half-Life come together to finally make Episode 3. Where everything heads from here will be interesting to say the least, so stay tuned.