Several prominent Twitter accounts were apparently hacked today in a widespread attempt to spread a cryptocurrency scam. It’s unclear the full scope of the security breach, but at least several accounts, including ones belonging to Elon Musk, Bill Gates, Apple, Uber, Coinbase, and Bitcoin, were used to publish tweets containing a link to a crypto scam website encouraging the public to donate digital currency to the scammer’s wallet.

The full scope of this hack — which is ongoing at the time of publication of this article — is unclear at this time. Multiple types of messages are being used as part of the scam; some of the tweets have already been deleted. Major accounts were targeted. In addition to the ones listed above, the hackers appear to have breached accounts belonging to Kanye West, CoinDesk, Cash App, Justin Sun, Charlie Lee, and Ripple. 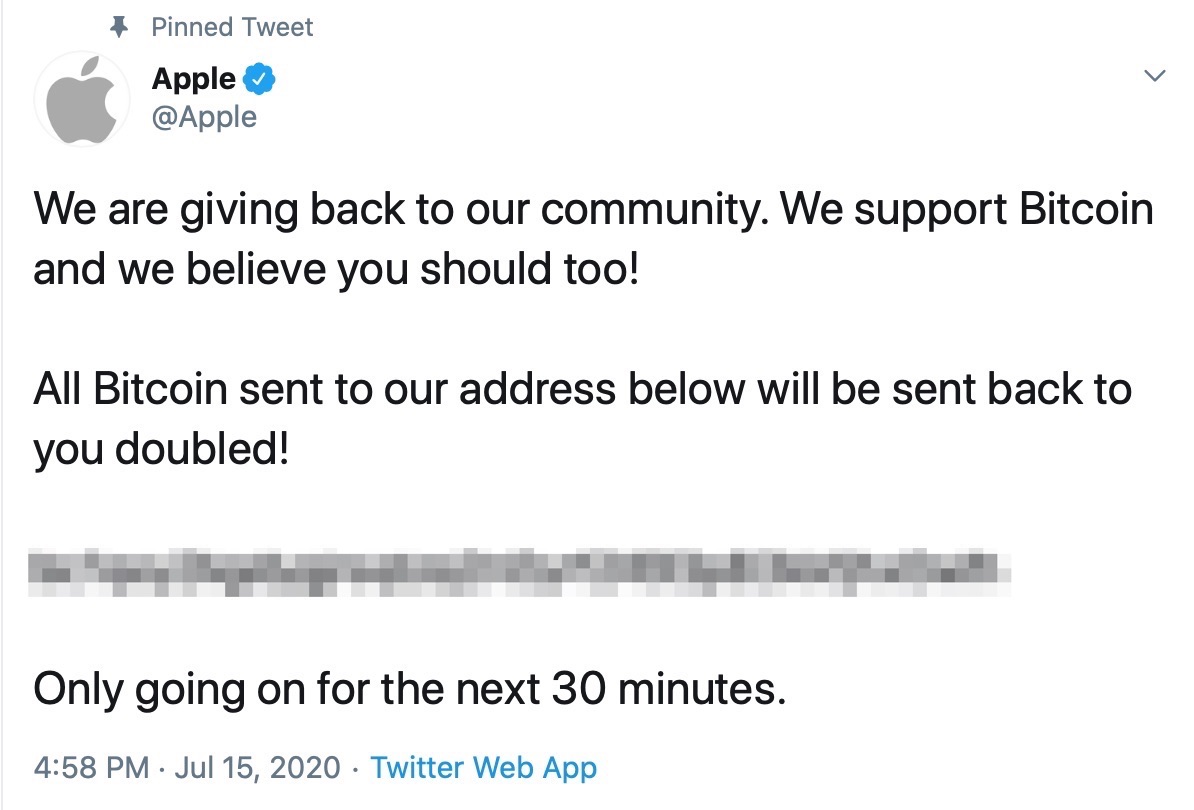 The messages largely state that followers should send Bitcoins to a crypto address included in the tweets, claiming that the person who owns the account (who did not publish or authorize the tweets) will then give back double what they received. This, of course, is not true — if you send Bitcoins to that address, you will lose the digital money forever. 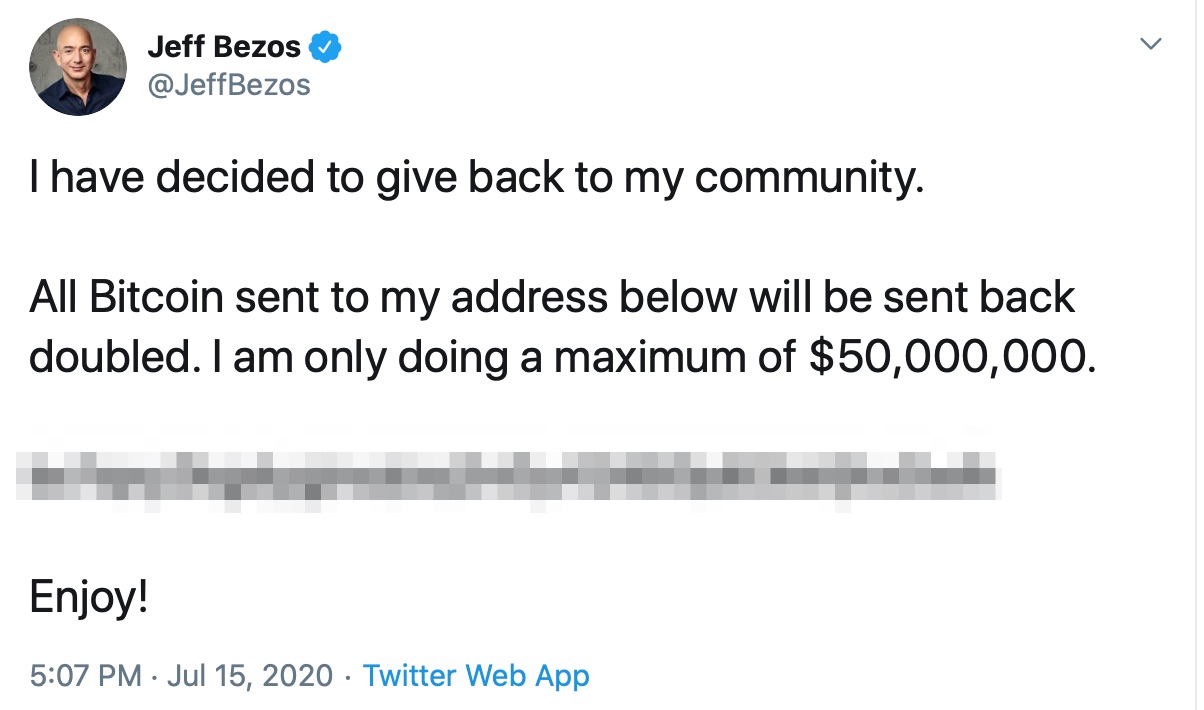 Many of the tweets have already been deleted, but some of them remain live on major accounts as of approximately 5PM on July 15. A second message is also making the rounds, claiming that the account holders are raising 5,000 Bitcoins for “CryptoForHealth.” Any digital funds sent to this address likewise ends up going to the scammers. 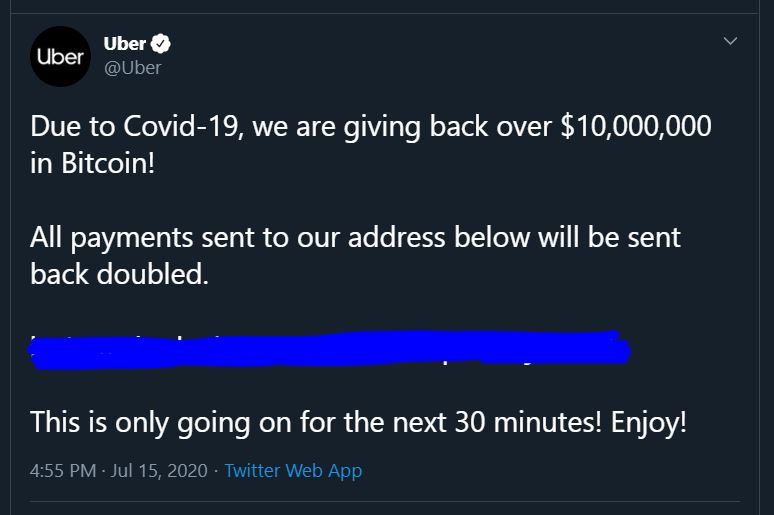 Though it’s nothing new to see a Twitter account compromised by hackers or scammers — even major ones — it is quite surprising to see so many prominent people and companies successfully targeted at the same time. According to the Blockchain website, whoever is behind this digital wallet has thus far received more than 11 Bitcoins from victims. The domain used in the tweets has already been taken down.