What do you do if you want to get in on the bigger-screen folding smartphone action, but you’re wary of an actual folding OLED panel? In LG’s case the answer is the second-generation LG Dual Display. Launching alongside the LG G8X ThinQ, it promises double the real-estate with a more traditional hinge.

The G8X ThinQ has a 6.4-inch OLED touchscreen, dual cameras on the rear – a 12-megapixel regular camera with OIS, and a 13-megapixel ultra-wide angle camera – and Qualcomm’s Snapdragon 855 inside. That has 6GB of RAM and 12GB of storage to play with. There’s also IP68 rating, a 4,000 mAh battery with wireless charging, an in-display fingerprint sensor, and a 32-bit Hi-Fi Quad DAC for audiophiles.

The new LG Dual Display, meanwhile, gets thinner and lighter, despite having a bigger panel. LG has used the same screen on both sides, in fact: you even get the same screen notch at the top, even though the Dual Display doesn’t use that cut-out to accommodate a selfie camera. Software updates improve the multitasking experience. 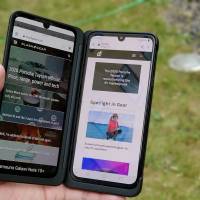 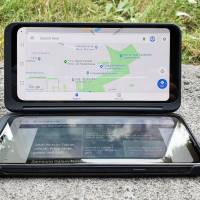 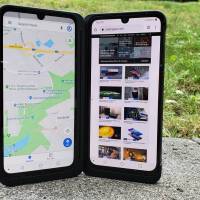 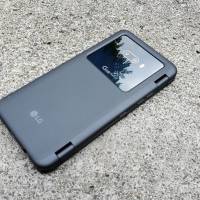 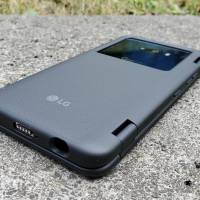 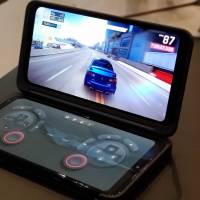 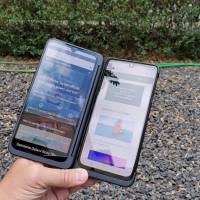 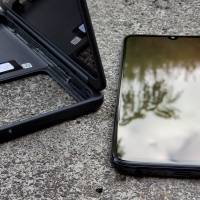 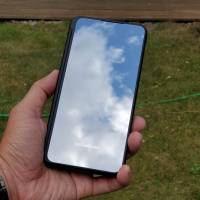 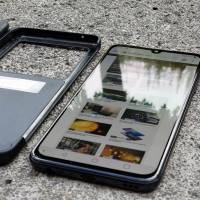 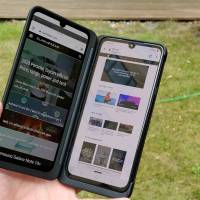 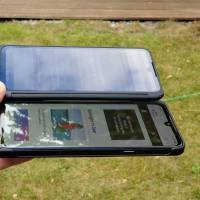 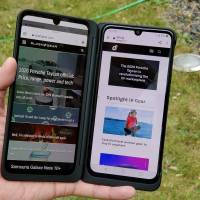 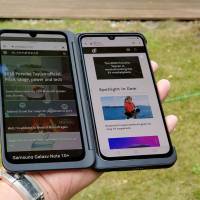 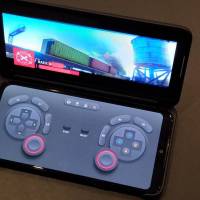 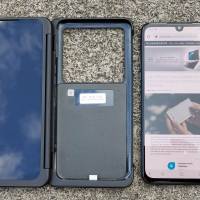 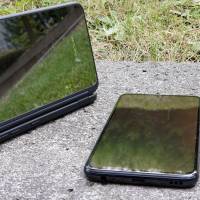 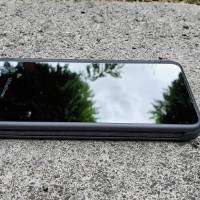 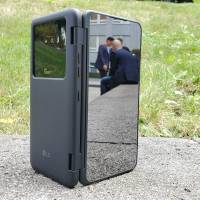 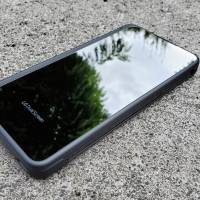 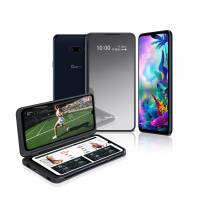 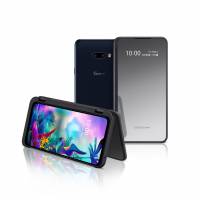 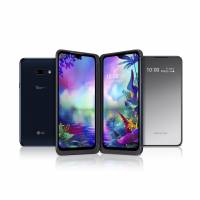 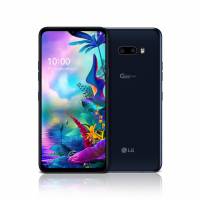