Lenovo’s Yoga Book may look like a super-skinny notebook, but it’s actually a 2-in-1 tablet. Using the latest, extra-slimmed version of the company’s watchband inspired hinge, the convertible laptop has a 10-inch screen and sheds weight and thickness by doing away with the physical keyboard.

Instead, it uses what Lenovo calls the “Halo Keyboard”, a touch-sensitive pad with illuminated keys. Touch-typists might scoff, but a combination of software-based autocorrect and haptic feedback promises similar typing rates to what you’d find with a traditional small laptop.

The benefit – beyond dropping bulk – is that the keyboard, when blanked, also works as a Wacom digitizer. That’s going to appeal to digital artists, with its 2,048 levels of pressure sensitivity and 100-degree pen nib angle recognition, but also notetakers. Put the pad of A5 paper atop the Yoga Book, or write straight on it, and your handwriting is automatically digitized and saved.

Inside there’s an Intel Atom processor running either Android 6.0.1 Marshmallow or Windows 10. 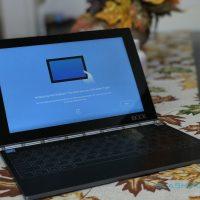 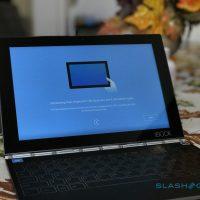 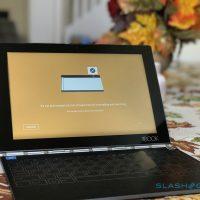 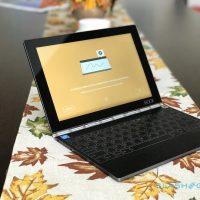 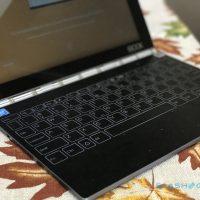 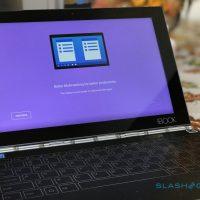 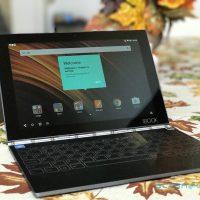 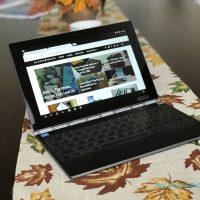 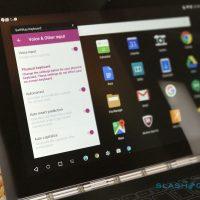 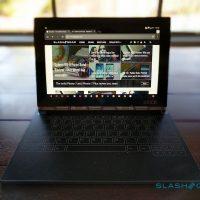 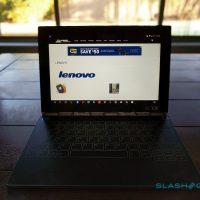 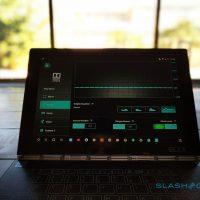 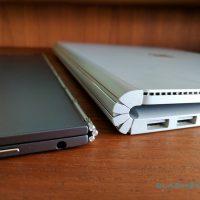 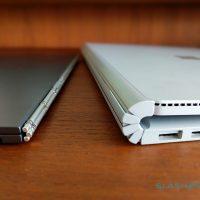 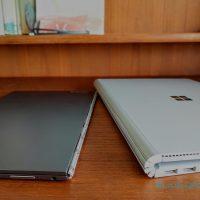 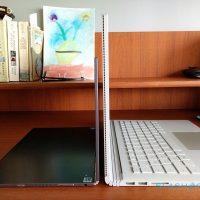 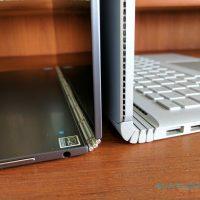 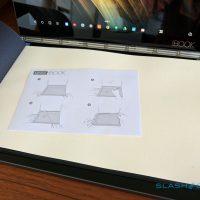 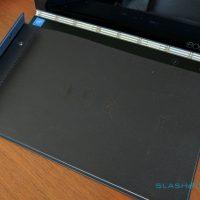 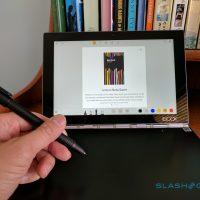 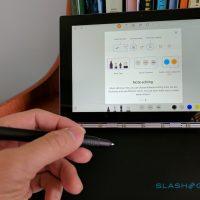 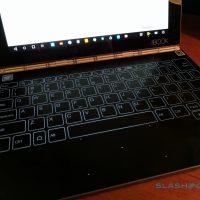 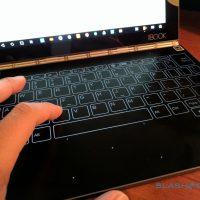 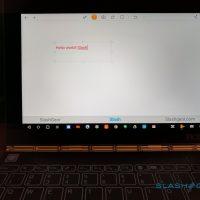