While this newly unveiled e-tron Quattro may have the word concept in the name, we can expect Audi to implement a couple of its key features in the upcoming A8 to begin with. According to Marc Lichte, Audi Head Designer, the plan is for next to zero buttons in the center console. Instead, they’ll be replaced with OLED touch displays throughout the car. The technology will slowly trickle down to other vehicles.

Unlike the diagonal displays used in today’s vehicles, the e-tron Quattro Concept uses displays better integrated with the dashboard shapes, angled to give primary focus to the driver. Since this is an electric car, unlike the previous Prologue concept, the virtual cockpit display isn’t fixed but instead rests in a floating position. Gone are the two side rear mirrors. 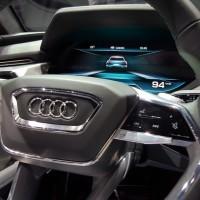 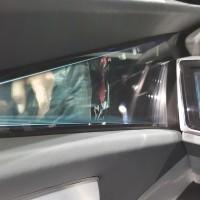 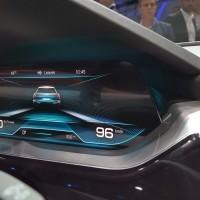 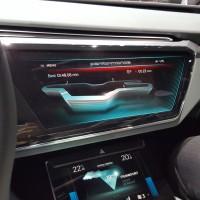 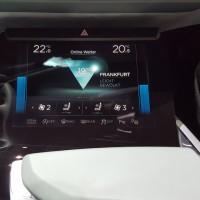 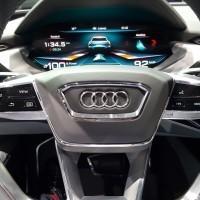 Lichte is particularly proud that the two displays blend in and, more importantly, posses a certain unique quality in that they’re non-comforming in their shape.