Best Android apps for writing your next novel

It’s that time of year again when people try to dust off their creative brains, put on their imaginative caps, and try to write a 50,000-word novel in 30 days. Some brave souls commit to writing their NaNoWriMo baby by hand. Most try to retain their sanity during an already insane month by tapping away on a laptop or desktop. However, you can never really predict when the Muse will whisper in your ear, on your commute, while waiting in line, or any other place where you might have your Android smartphone in hand. For those unexpected moments of inspiration, or if you really just prefer working on your phone or tablet, you’ll want to keep one or a few of these apps on your home screen.

iA Writer is actually one of the older ones in this list and one that’s actually available on almost all platforms except Linux. iA Writer’s key strength is its distraction free editing environment. You can even have it only show the current line you’re typing on. With support for Dropbox and Google Drive, you can have your files synced to be read and edited on any other text editor. It’s just plain text, after all, with support for Markdown formatting. 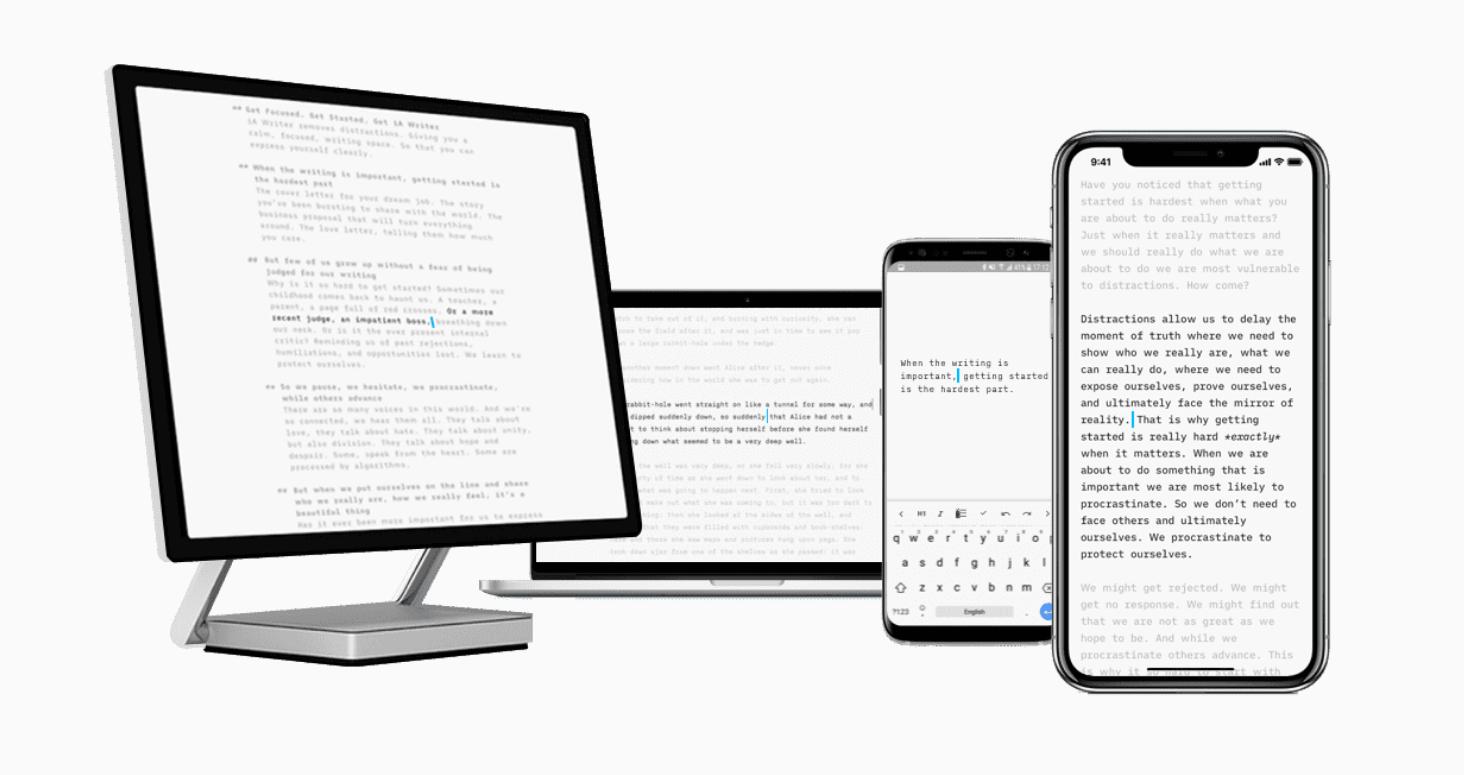 Another minimalist distraction-free writing app is Monospace, a.k.a. Monospace Writer. Although it does also do things in plain text, it supports text formatting via a “basic” popup. And, yes, it also supports syncing files though via Google Drive instead of Dropbox and only via a paid Pro upgrade. The one unique and slightly controversial feature of Monospace is its use of hashtags instead of folders for organization. Some find it better, others find it messy. Monospace also has a Chrome OS extension for Chromebook owners out there. 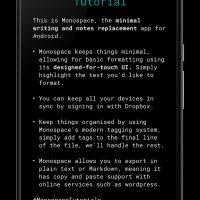 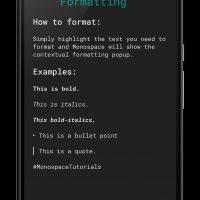 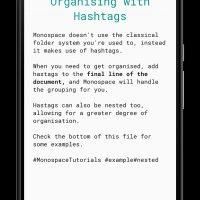 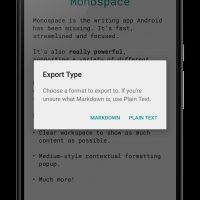 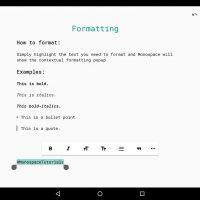 Yes, another Markdown-capable writing app (what writing app doesn’t support it these days anyway), Writer Plus was designed to be a spiritual successor to an unmaintained app named, what else, Writer. This app prides itself in making it quick and easy to write on the go (it’s even in its name!) but its compelling features, at least for writers, are its word and character stats and its support for keyboard shortcuts. Of course, that does mean you’ll need to use a keyboard, which is perfect for longer typing sessions on a tablet or even on a phone (be sure to give your eyes some extra breaks).

In contrast to the other apps, JotterPad tries to offer a feature-rich experience for writers while still keeping its interface minimal and clean. Those features include word count, a “typewriter” view, version control (it’s all plain text anyway), and even a dictionary. You can even select a typeface you find more pleasing to look at, considering you’ll probably be doing that for hours each day. The developers offer a Cloud+ subscription but you can get away with at most 1 cloud service sync in the free version. 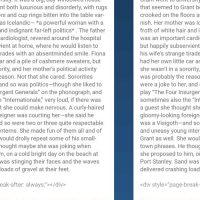 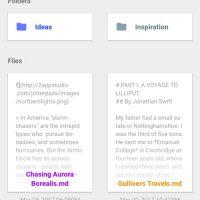 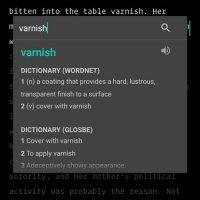 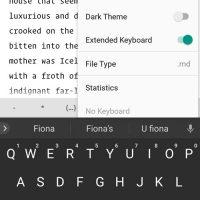 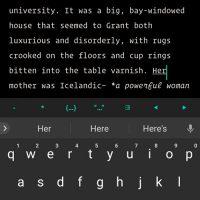 OK, this one is going to be different and probably quite niche. You know those writers who prefer to scribble their novel by hand? Well you can do that too without having to waste paper. Inkredible is built exactly for handwriting, though you’ll probably want to use a stylus with it. And a larger phone (which is common these days). Those with Android tablets will probably be the ones best served by this app. Oh, yes, you can type in text as well, but mostly as text boxes you can move around the page. 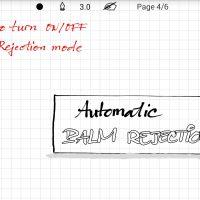 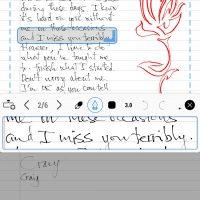 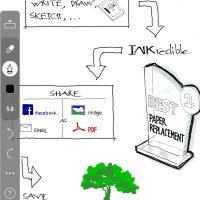 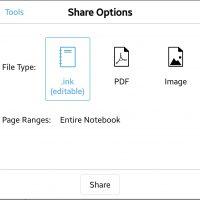 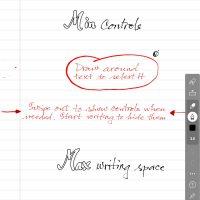 You may not have to go far and install new apps just to get your writing fix. Your phone most likely already has Google Docs installed and you most likely have a Google account anyway. Some, however, might prefer the mobile version of Microsoft Word. These apps offer the whole shebang when it comes to writing and editing and formatting. They can, however, also be rather heavy and slow in comparison. Others will swear by Evernote, which lets them manage notes in addition to writing their novels in. However, it’s only one step removed from being heavy even on mobile.

Even Pantsers (those who write “by the seat of their pants” without much planning) will admit they have some tools aside from their notebooks or writing apps to help them along their journey. After all, what writer is without his or her sidekick. If spelling and grammar isn’t exactly your strong suit, there are, unsurprisingly, apps for that. Grammarly is one of the top ones that come to mind and on mobile it comes via a third-party keyboard, which means you can keep on using your favorite writing app and still get the benefits of Grammarly’s features. Hemingway is also a writer favorite, though you’ll have to copy and paste your text in a web browser.

For the Plotters (the opposite of Pantsers), being on your phone doesn’t mean you have to write in chaos. Your screen might be limited but your plotting and planning don’t have to be. Apps like Novelist and Writer Tools lets you take your characters, ideas, and scenes wherever you go. You can even let them keep track of the words and minutes so you won’t have to.

Many people live on their smartphones and tablets these days. While the ramifications of that is still under discussion, it’s better to find ways to work around rather than against it. With so many apps available on smartphones, including Android ones, there’s really little excuse not to get things done, like writing a novel, even while on the go. Unless, of course, you don’t really want to in the first place.