Guardians of the Galaxy credits leak, and there’s a big surprise at the end

The end-of-movie credits. They’re long and not terribly exciting, but we sit through them anyway in hope of seeing some fun scene or a hint at what a future movie might bring. Not surprisingly, Marvel’s upcoming movie has a surprise after the credits, and it’s a rather big one — be warned: this is a big spoiler, so read no further if you prefer your surprises to happen in the theater.

In this scene is a rather unexpected character: a white duck in a red shirt, believed to be Howard the Duck. The scene is just under one minute long, but unfortunately you’ll have to wait until the movie rolls out to watch it for yourself — all copies of it seem to have been made private or taken down. 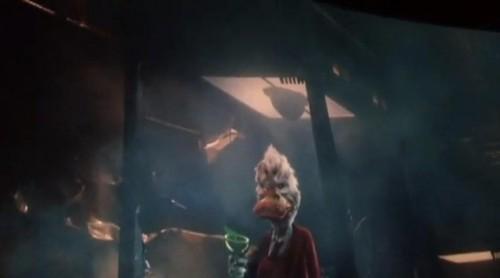 According to Yahoo, The Collector is having a conversation with the duck in his lab, and following the scene, Howard the Duck’s creators Steve Gerber and Val Mayerik receive credit.

Topics Guardians of the GalaxyLeakMarvelMarvel ComicsMoviesRumor
Must Read Bits & Bytes