Two things are happening this week in the world of Grand Theft Auto 5: one includes Amazon UK sending out copies of the game early, the other includes console banning for users playing and sharing spoilers from the game. Users inside the UK have been seeing their copies of the game for Xbox 360 arrive as early as Saturday, playing them at will (as is their right). Thieves of the game – those picking up the game through early downloads without paying – have been experiencing full console bans from Xbox Live.

Rockstar has made clear their rules for early versions of the game – and any other game, for that matter, suggesting they’ll take down shared content from the game by any means necessary. At the moment it would seem – so says StickSkills – that full console bans are in effect for systems Microsoft has been able to detect were using an early or otherwise illegal copy of the game. At the moment it’s not clear how the company differentiates between legitimate or pirated early copies of the game.

“Pre-Release Footage: No pre-release leaked footage of any kind: Any posting of in-game footage from leaked copies of the game prior to its official release date will be taken down, regardless of how the game was obtained. This includes “early unboxing” videos.” – Rockstar

You’ll see the possible cross-over mix up here right off the bat – what if someone gets their game early and shares content without knowing Rockstar doesn’t want them to do such a thing? Thus far we’ve not heard word of a console being banned by someone who can prove they’ve got a legitimate copy of the game – so you can rest easy if you’ve already shared something from an early (legally purchased) version of GTA V.

And remember – this all ends tomorrow. The 17th (tomorrow) is the official release date for the game, and there’s already a massive abundance of gameplay videos and screenshots to be had. You might be better off just waiting the extra 12-or-so hours before sharing anything new. 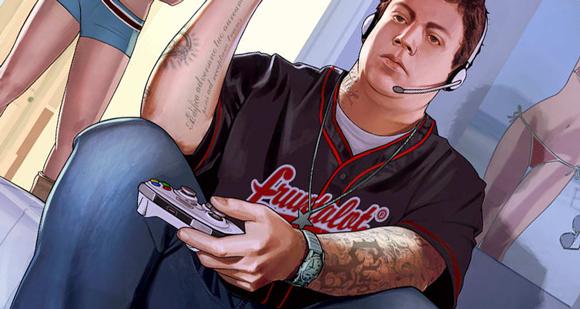 Meanwhile GamesIndustry International reports that Rockstar is currently “investigating early ‘sales’ to determine how and why that is occurring.” You’ll notice the emphasis on “sales” added by Rockstar. Keep that in mind when you’re hearing Danny Tamberelli act the fool playing a video game inside your video game over the next 24 hours – keep your discipline!