Grand Theft Auto 5 developer Rockstar Games has announced a new limited time event for the popular GTA Online game mode. Over the next two weeks, players are being treated to a number of in-game discounts and bonuses, giving them the chance to earn extra currency and purchase items at reduced prices. Think of it as GTA Online‘s own two-week long Black Friday sale.

From now until June 12th, players are being awarded double GTA$ and RP for all Special Vehicle Missions, and an extra 25% GTA$ on all Biker Business Sales and Special Cargo Deliveries. On top of all this, the game’s various merchants are offering 25% to 50% off some of the most desired items, including vehicles, Executive Offices, and ammo. 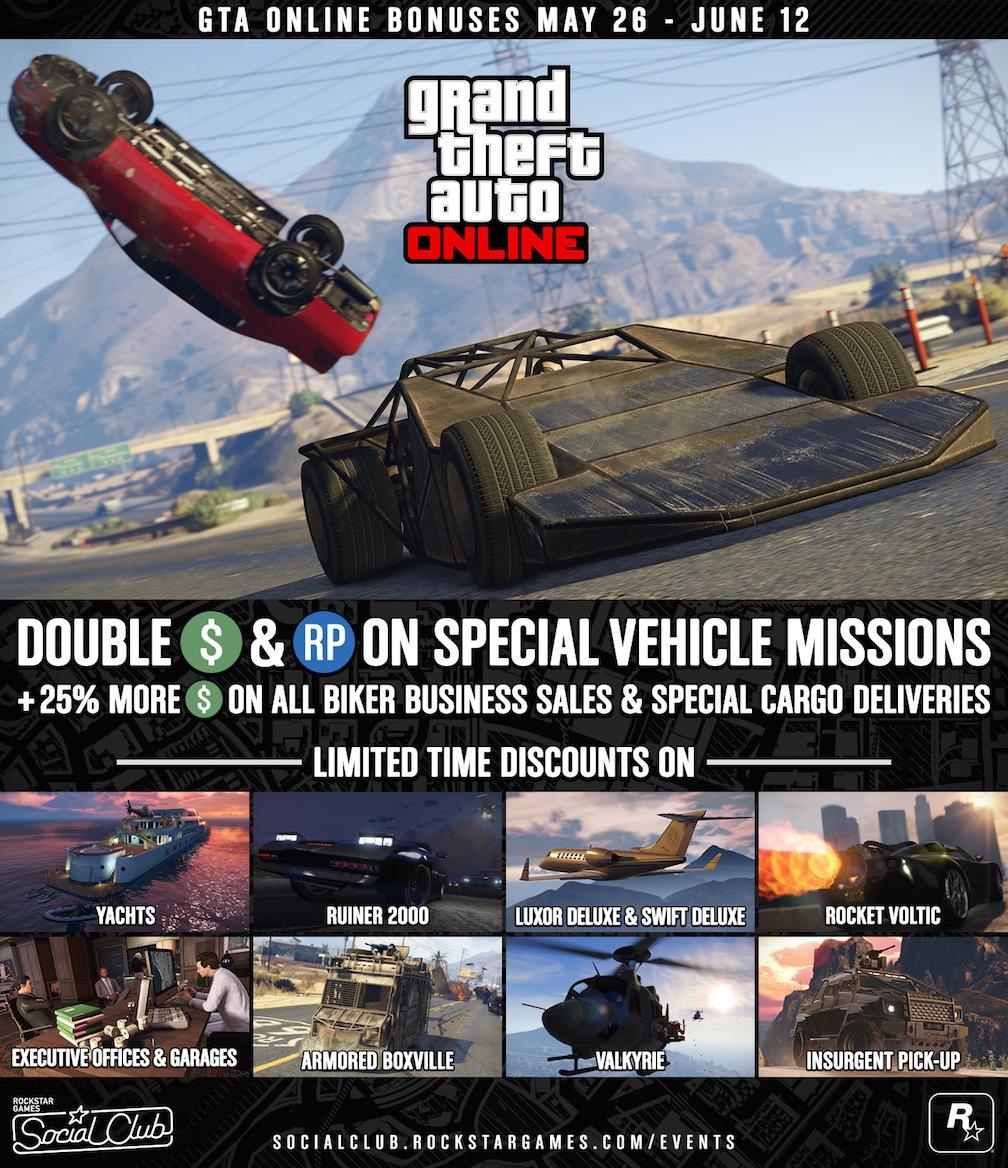 Here’s the full list of what’s available during the limited time discount:

From now until May 29th the game’s featured races are the Steeplechase Premium Race and the Del Perro Pier Time Trial. Between May 30th and June 5th these will change to Ascent Premium Special Vehicle Race and Observatory Time Trial.

More than likely this special sales event to build excitement for the recently announced Gunrunning update, due for release sometime in June. Rockstar hasn’t revealed many details, other than that the expansion will be “massive,” but it’s sure to benefit from an increased player base as a result of the next two weeks.