The age of robotic butlers and Jetson’s-style automation is yet to be delivered, but the team behind Jibo believes it has a more relevant, usable alternative. A robot that integrates into the family, as well as one which could spawn a family of its own, Jibo aims to humanize domestic robotics but without dropping us into an Uncanny Valley of creepy pseudo-skin. I caught up with company founder and MIT robotics expert Cynthia Breazeal to find out how the Jibo you see today is the gateway to a life peppered with electronic companions.

Part of the bid for acceptability is in how Jibo moves, with a fluidity and animal grace that’s unfamiliar from what you’d traditionally associate with a robot. “In terms of the motors, the underlying motor control, that’s just great engineering,” Breazeal told me. “But all the stuff on top, its kinematic chain, how we generate those movements, that’s secret sauce stuff. At the algorithmic level, it’s cleverness around the design.”

It’s what prompted the addition of a computer animation expert to the Jibo team, and a greater focus on how the precise stepper motors within the twisting, rotating ‘bot work together.

“People and organic things move very differently from the way we think about machines and things today,” Breazeal explained. “Organic things move in arcs, they move in ways that trigger our brain to think “organic”, whereas machines tend to move in rectilinear ways, very abrupt.” It’s the difference between “uber-efficiency versus fluidity and expressivity,” she concludes, “the big thing is arcs.”

What Jibo isn’t is a do-everything platform. In fact, the team has selected a relatively small set of launch features, though there’ll be more coming both from Jibo itself and as third-party developers wade in over time. That decision was a deliberate one, Breazeal told me.

“We are courting developers as much as as we’re trying to court consumers,” she said. “We chose the core set of functions based on three things, three family pillars.” 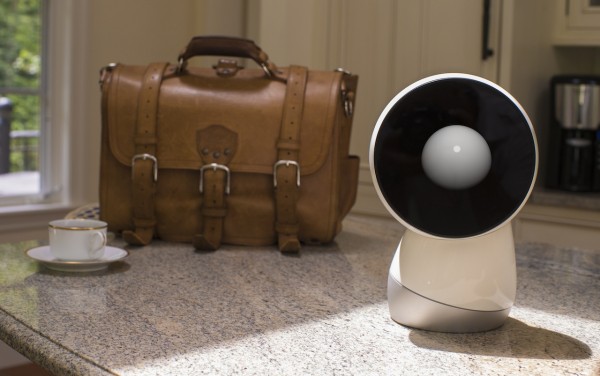 So, there’s Jibo as the hands-free assistant, helping to coordinate extended family and particularly those – like young children or the elderly – who don’t use existing tools like cloud-based calendars and Skype. Then there’s enabling the emotional connection within a family, with telepresence and video calls.

Finally, there’s the ability to bring content to life, with Jibo shifting digital storybooks and such beyond the screen, as well as providing a sense of companionship. It’s not reinventing the wheel, Breazeal says, but rather making each application more engaging in a way that only a robot can.

“We chose applications specifically that we knew were widely used today,” she pointed out, “but which we knew we could do in a different way with Jibo. Social robots, they’re designed to be partners for people: they’re a partner not a tool. Jibo’s not a camera, it’s a cameraman. It’s not an e-reader, it’s a storyteller. It makes you feel like you’re in a private audience, that it’s performing for you.” 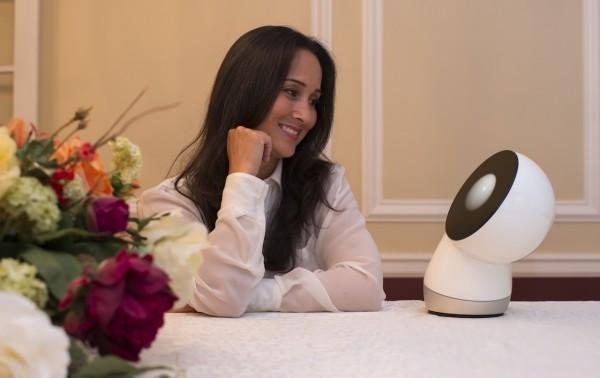 That’s an approach that Breazeal says has resonated well with Jibo’s test audiences. “The people who we’ve been engaging in our early research, they’re not classic early-adopters of technology at all,” she told me. “They’re busy with family: we call them the Chief Family Officer. They’re the people who make sure things get done.”

“And when they see Jibo, their eyes light up. People are open to technology: they understand it can be empowering and they’re going to need technology to empower them to do the things they want and need to do.”

“It’s not trying to be human in any way: it doesn’t have arms, it doesn’t have legs,” Breazeal argues. “It’s anthropomorphic, it’s designed to be familiar to you, but it doesn’t have to look like an animal or a real person for people to see it as an ‘other’ rather than a ‘thing’.” 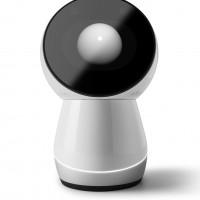 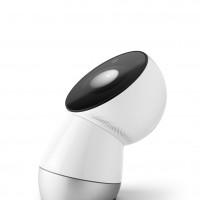 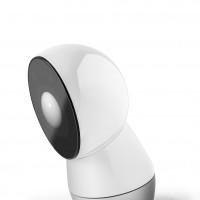 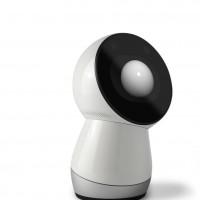 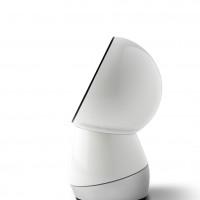 That acceptability comes despite the fact that, under the metal, glass, and plastic casing, the mechanics of Jibo are relatively mundane. Breazeal compares it to the guts of a high-end tablet. “We’re selecting components based on mass-produced devices that are readily accessible,” she pointed out, so the 5.7-inch touchscreen “face” comes from lines that normally supply smartphone OEMs. There’s WiFi and Bluetooth as you’d expect in a tablet-like device, though the Bluetooth won’t be activated until early in 2016.

The underlying OS is based on Linux, and developers will code in Javascript to lower the barrier to entry. There are a couple of more unusual hardware features, of course – the twin camera array, and tapping into the touch sensors on the head of the robot – but for the most part the goal is to produce something in a cost-efficient way.

Short-term ambitions are to work on reducing the price, as well as improve battery life (for the moment, Jibo will be able to run for around 30 minutes if equipped with the optional battery pack). However, Breazeal’s ambitions don’t end there. 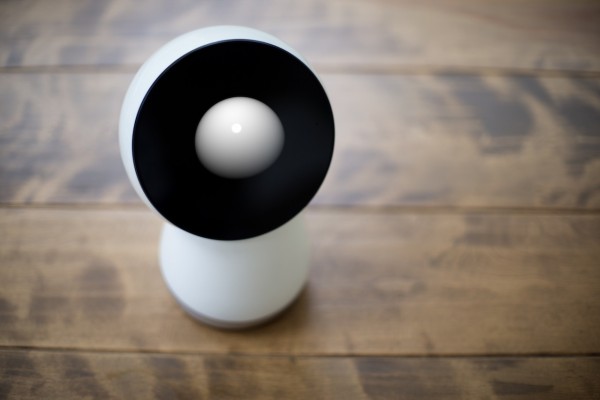 “We’re at a sweet spot in our developer timeline that we can take feedback and inform our roadmap,” she explained about the timing of the crowdfunding campaign versus the mid- to late-2015 release window, and when I asked about possible evolutions in design and hardware. “But in terms of form-factor, absolutely [we’re looking at different designs]. We’re staring with this particular sweet spot because we can get it done in the timeline, but over time… I call it “Jibo on the Go”, cupholder size, I can imagine that. Very battery efficient, and it would be cellular.”

“I can imagine as time goes on – especially as we’re talking about the developer community – there will be people out there familiar with robotics. They might want to make a motorized base, a little Jibo car.” At launch, there’ll be smartphone apps for remotely engaging with the robot back home.

Connectivity to external devices is something the Jibo team is considering just as much as apps, a sort of “Works with Jibo” scheme similar to Apple’s for iPhone accessories. As well as the robot potentially getting a little buggy to trundle around in, Breazeal envisages it hooking up to home automation platforms and medical devices, as well as home sensors that learn activity patterns (much in the way that Nest can track who’s home and who’s away by movement in front of its Smart Thermostat).

Versions for the low-end and high-end markets are likely to join the family, and Breazeal name-checked curved screens as one possibility for a future high-end Jibo. “You can imagine devices that leverage curvature,” she teased, as well as the possibility of a mini-Jibo which would allow the robot to communicate with people elsewhere in the house. Your mini-Jibo might live on the nightstand and allow you to chat with the main Jibo on the kitchen counter, for instance.

For the moment, though, the goal is to see if developers and potential users are as enthusiastic about the robot as Breazeal and her team are. First signs are positive: the $100,000 crowdfunding target has been smashed in just a few hours, and the robotics expert says she’s already getting interest from people wanting to create “skill” apps for Jibo.

“It’s been an amazing response, I’m humbled and I’m thrilled by it,” Breazeal concluded. “It goes to show, people are ready for something like this.” 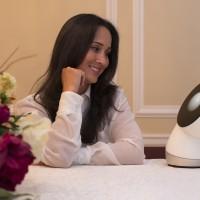 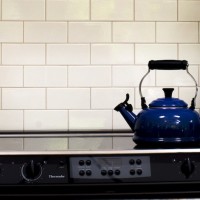 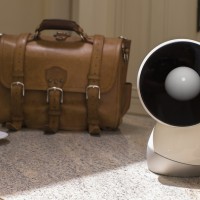 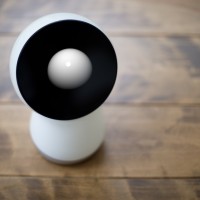 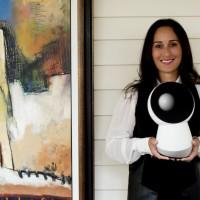 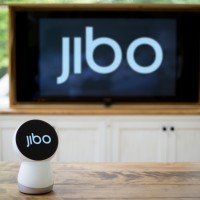 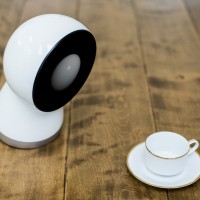 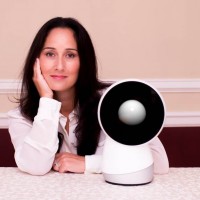