The success of the Nintendo Switch revived interest in portable gaming consoles and gave birth to some devices and smartphone accessories that tried to capitalize on that. Even before the age of the Switch, however, GPD was already trying its luck with dedicated Android gaming handhelds before stumbling upon a niche yet profitable portable PC gaming market. Its latest attempt is perhaps its most ambitious yet, cramming almost unbelievable specs into a design that looks like a blast from the past.

Those who have been following the tech market long enough may experience a bit of deja vu looking at the GPD WIN 3, the latest crowdfunded portable gaming PC handheld from the company. There is no mistaking it takes inspiration from the 2006 Sony VAIO UX and the small number of “slider” ultra-mobile PCs or UMPCs that tried to carve a niche during those days. Of course, the GPD WIN 3 applies some modern touches, starting with what’s running inside.

The contraption is powered by a Core i7-1165G7 (or Core i5-1135G7) with 16GB of LPDDR4X 4266 MHz RAM and 1TB of M.2 SSD storage, quite the powerhouse considering the size of the GPD WIN 3. There’s also the Intel Iris Xe graphics, the chipmaker’s somewhat discrete GPU and its latest attempt at making it big in PC gaming. There are, of course, the usual gaming buttons and joysticks flanking the touch screen while its special trick is the touch keyboard hidden underneath that same sliding screen.

There are, of course, certain compromises that have to be made with a gaming PC of this size and power. For one, the 5.5-inch screen maxes out at 1280×720 pixel in order to maximize the graphics hardware, allowing it to run games at moderate frame rates and decent settings but at lower resolutions. The keyboard, which lacks the tactile feedback of physical keys, is also best for brief text input only, for in-game chats, logins, etc. 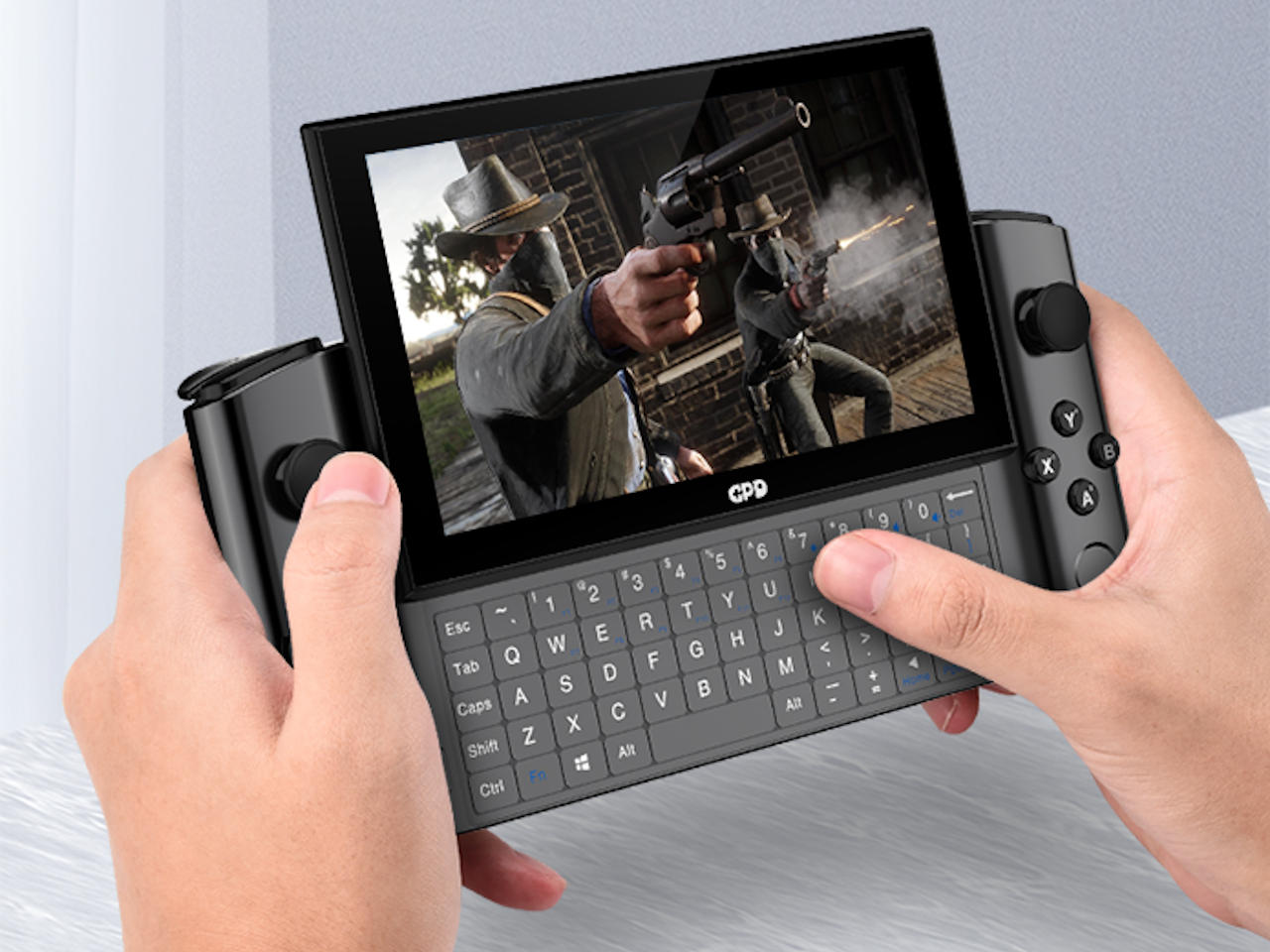 Given this is pretty much a laptop in a small form-factor, it shouldn’t be surprising that the price tag is anything but small, too. The lowest you can get it on Indiegogo right now is $799 for the Core i5 option but you might want to consider throwing in $50 more for a dock that converts the GPD WIN 3 into a desktop, as long as you have a bigger screen, a keyboard, and a mouse. The campaign, which is pretty much a pre-order system, still has over a month left. Judging by how many already grabbed the highest $949 tier, however, it’s clear that this might also be GPD’s most successful product yet.