GoPro’s flagship action camera, the HERO10 Black, is receiving a substantial update today. While the update may not add a ton of features (there are three total detailed in GoPro’s announcement), the features that it’s bringing to the table are big ones. For starters, those of you with a Max Lens Mod on hand will want to apply the update to your HERO10 Black as soon as possible, as the update adds support for the mod.

Initially launched for the HERO9 Black, the Max Lens Mod is all about video stabilization and increased field-of-view. It uses GoPro’s “Max HyperSmooth” stabilization in shooting modes up to 2.7K60, making it a good choice for action or sport videos that would otherwise risk giving viewers motion sickness. The mod also offers a 155-degree field-of-view, so you use it to create super-wide-angle images and videos.

Beyond the field-of-view and video stabilization, the Max Lens Mod also allows for horizon lock that stays active even in scenarios where the camera rotates 360-degrees. Add to that support for “Max Timewarp” time-lapse videos, and we’ve got a camera mod that seems to do a few things well. The Max Lens Mod runs $99.99 and is available from GoPro’s website.

In addition to support for the Max Lens Mod, this update also serves up support for the in-camera 5.3K SuperView Digital Lens. This is a digital lens that allows users to record at 5.3K in up to 60 frames per second, but more importantly, it also takes video shot in a 4:3 aspect ratio and converts it to 16:9, capturing more detail than standard 16:9 shooting modes, according to GoPro. 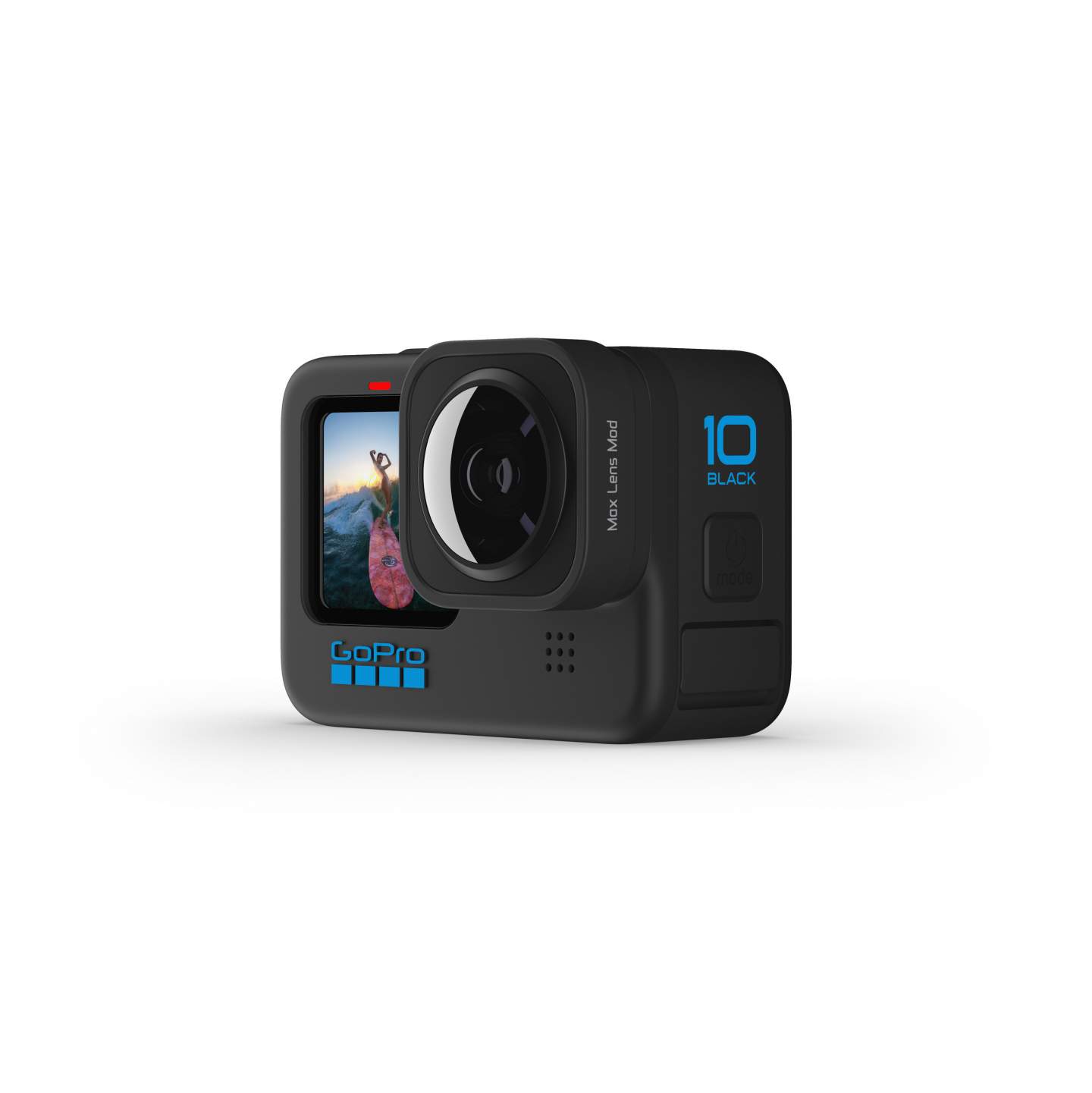 Finally, this update for the GoPro HERO10 Black adds a 24fps shooting mode for video. Alongside other new features focused on shooting high-resolution video at 60fps, it may be a little weird to see GoPro shipping a 24fps shooting mode, but this is for those who want to give their videos and clips more of a cinematic feel.

READ MORE: GoPro HERO10 Black review After all, many of the movies we watch are shot at 24fps, not 60fps, so if you want to make your action vid look more like what we’d see in a movie theater, then this shooting mode should come in handy. 24fps recording will be available in 5.3K, 5K, 4K, and 1080p resolutions, and GoPro notes that users should try it in low-light settings as well.

That’s all for this update, so while the list of new arrivals is small, there are some big new features on it. You can update your GoPro HERO10 Black camera by connecting it to GoPro’s Quik app on your smartphone.