The anticipated GoPro Hero 10 Black action camera has leaked ahead of its official launch, giving the public a look at its upgraded design and alleged specs. The new model, assuming the leak is accurate, features a design that is very similar to its current Hero 9 Black counterpart, but the company is reportedly adding substantial camera performance improvements.

The leak comes from the German website WinFuture.de, which reports that GoPro will include a new image processor in the unannounced Hero 10 Black model. The action camera will reportedly also sport a new image sensor that increases the resolution from 20-megapixels to 23-megapixels. 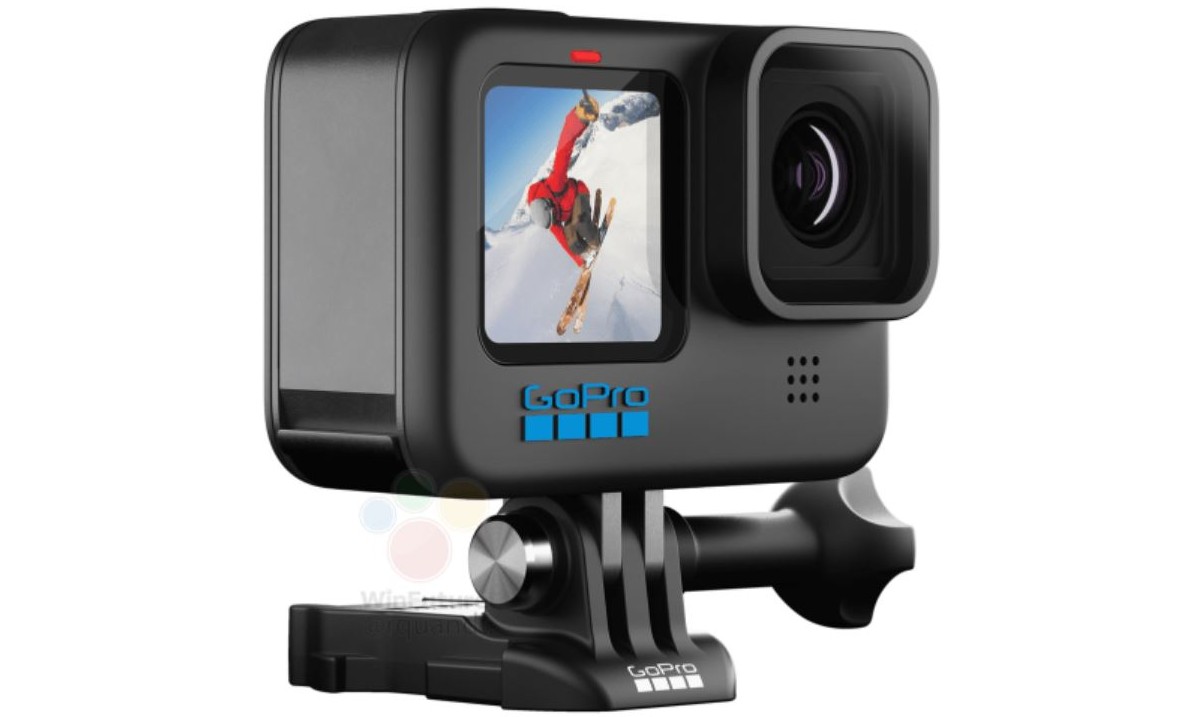 The leaked images show a small front-facing display and a larger rear display, as well as bright blue branding on the otherwise largely unchanged body. As expected for an action camera, the leak claims the GoPro Hero 10 Black will feature a high level of durability, including waterproof construction to depths of nearly 33ft.

Other alleged features include support for SuperPhoto and RAW images, a webcam mode for those times you’re not surfing or hiking, plus TimeWarp 3.0, HDR, voice control, and a touchscreen. GoPro has not commented on the leak or announced the Hero 10 Black model at this time; it’s unclear when the company may officially reveal it.