GoPro made a name for itself with action cameras, and now it’s launching the GoPro Developer Program to give third-party partners a piece of action. Announced today, the scheme sees GoPro throw open access to its hardware, software, and accessories, with companies as varied as BMW, Fisher-Price, and Telefónica onboard.

While the news about the program might be new, it itself isn’t. In fact, GoPro has been working with third-party firms for a year now, the company says, on a mixture of new mobile apps, accessories, and mounts/housings for the cameras.

Participants in the GoPro Developer Program have three possibilities. Most obviously, they could come up with a custom mount or case for the GoPro cameras, officially licensed so that users know they’ll be 100-percent compatible.

That’s what Fisher-Price has done, developing a child-friendly camera housing. However, the toy-maker has dipped a toe into another area of the program too, making devices that connect either wirelessly or physically to a GoPro camera, and can tap into things like camera control and video management. 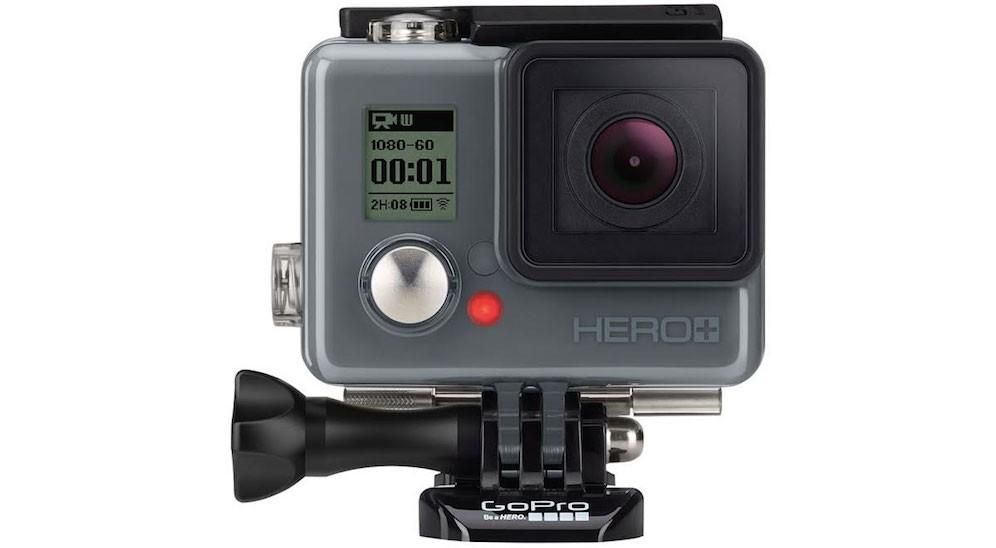 So, the kid-friendly housing can dock with various products from the Fisher-Price Jumperoo, Walker, and Gym lines, in theory making it much easier to capture childhood memories without interrupting play.

That integration can be done via a direct connection to GoPro’s HEROBus, or wirelessly over Bluetooth or WiFi.

For instance, carrier Telefónica has developed a live-streaming app, Xtreamr, which enables viewers to tap into a feed from a connected GoPro via a single URL. BMW’s M-Laptimer, meanwhile, focuses on one of the most common uses for GoPro cameras: mounting them to cars at race day events.

The German automaker’s app records telemetry from the car – including speed and location – and combines it with the camera’s video, for easier analysis later on.

Similarly, Timecode Systems is demonstrating SyncBac PRO, which synchronizes multiple GoPro cameras so that their footage can be better integrated with pro-video software.

Even if companies don’t want to develop specific hardware, they can still take advantage of the program’s openness with software. Custom mobile apps that hook into command and control of the GoPro, live video previews, and management of recorded clips are all possible.

With over 100 companies already taking part – including Periscope and Polar – GoPro is also launching the “Works with GoPro” branding. Just as we’ve seen from Apple and others, with third-party accessories, the badge certifies that the software or hardware has been tested and is considered safe.

The GoPro Developer Program is open now, and would-be participants can apply for membership now. We’ll have more on the sort of gadgets and apps already created later on.