All devices running Android in the future should be able to get updates from Google without the manufacturer’s help. That’s the dream, really – for those that wish to get Android updates. Google has announced this week that they’re initiating a so-called “Project Treble” to make that a reality. Project Treble team lead Iliyan Malchev suggests that starting with Android O, all devices will be coming with Project Treble.

Treble takes the messed-up vision of Android OS framework updates that is today and fixes it. The simplest way to explain this is with the following pair of images. There, Google shows how until now, vendors had to do work to get Android updates to users. Vendor-implemented Android needed to go with the update. 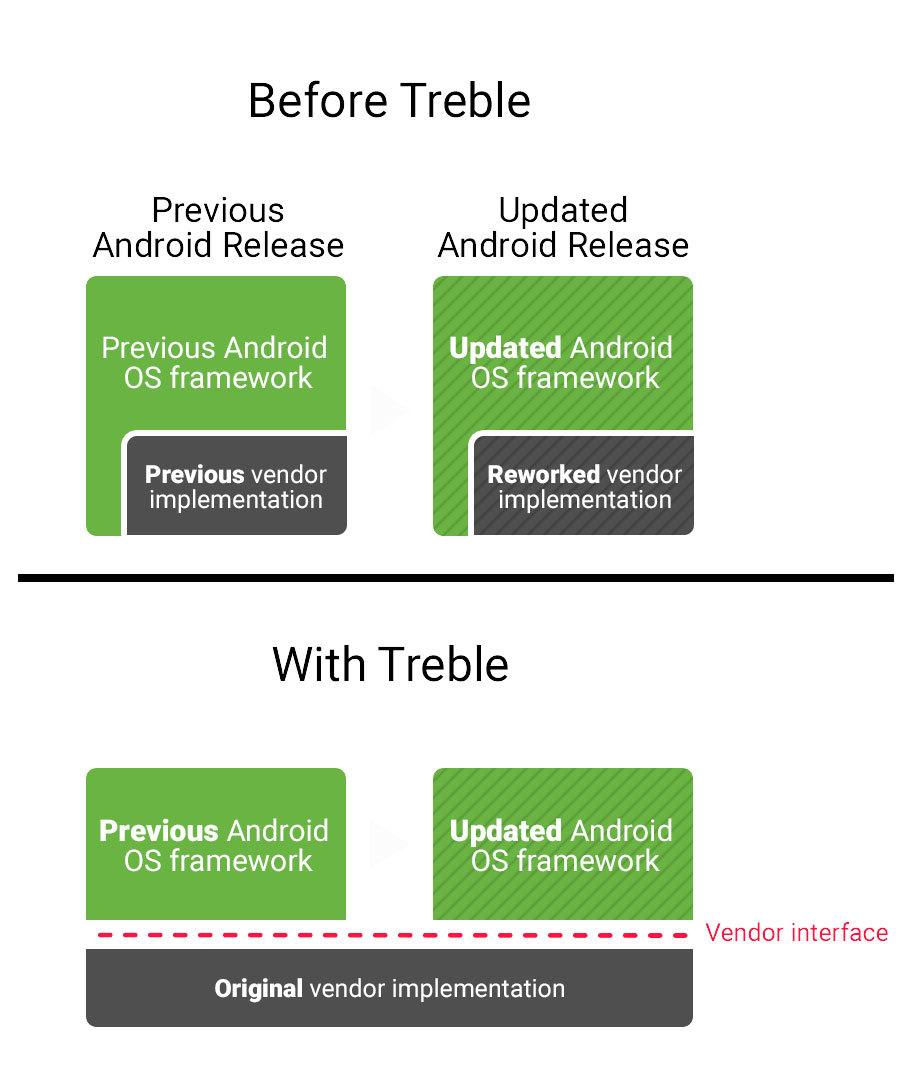 With a stable vendor interface providing access to the hardware-specific parts of Android,” said Treble head Iliyan Malchev, “device makers can choose to deliver a new Android release to consumers by just updating the Android OS framework without any additional work required from the silicon manufacturers.

With Treble, Google is able to deliver updates to Android OS a whole lot more efficiently than ever before. Why it wasn’t like this since the beginning of Android, we might never know. The entire story on how we got this far – that’s the real question here.

“Android was unveiled in 2007 as a free, open-source mobile operating system. From the beginning, we intended Android to be scaled across a variety of manufacturers.” said Malchev. “We knew that consistency of API was important for developers, so we created a compatibility program for the Developer API specified by the Compatibility Definition Document (CDD) and its associated Compatibility Test Suite (CTS), now comprising over a million tests.”

“The result today is that app developers can write a single app that works across over a billion devices running on different hardware from different manufacturers.” said Malchev. “Project Treble aims to do what CTS did for apps, for the Android OS framework.”

The end result is quicker updates from Google and a situation that’s a bit more like what Apple has in play. Sort of what Apple has with iOS being their own software on their own hardware and that making software updates relatively swift and semi-universal, that is to say. So far as Google telling the world about cool new features, then delivering them to all Android phones is concerned – in that way, things are going to be great.