At Google I/O last week, Google dumped some rather big news, at least one of them expected. Android apps are come full force to Chrome OS, with Google Play Store even. Instant Apps were quite the unexpected surprise, but in retrospect Google had already sown the seeds as far back as 2013. But in the midst of the applause and hopeful cheers, there were also some murmuring and the raising of eyebrows. Is all of these just a subtle, cunning ploy by the Web search giant to make Android tablets obsolete, or, in the long run, even phase out native Android apps?

Google Now, and its evolution “Now on Tap”, has become known as Google’s rather impersonal personal assistant. Impersonal because it doesn’t have a catchy name, but still personal enough to have a nearly human voice. But more than simply trying to hold a conversation with you (hint: it can’t), it’s the breadth of knowledge that gives Google Now an edge over the competition. Available at your fingertips is all the repository of the world’s data that Google has accumulated over the years. Including, of course, those flight details and dentist appointments you have in your e-mail. Google Now can surface those at a moment’s notice, or when most needed, but its latest powers that make it even more interesting. Or dangerous for apps.

Google Now on Tap makes those same abilities available anywhere, theoretically at least. It can determine the context of the screen when you summon it from any app, which then uses its Now powers to tap into actions coming from other apps. All without leaving the app you’re currently in. 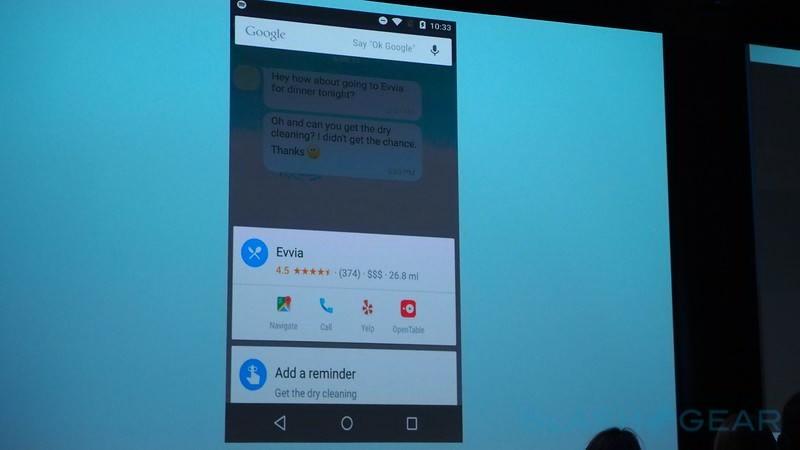 At first glance, that might seem to actually empower Android apps, but there’s actually a recent development that brings all that power together into Google Search. Last month, Google introduced a rather ingenious feature that passed mostly unnoticed. If you searched for a podcast, you could start listening to them right then and there inside the search app. No switching needed, not even to Google’s Play Music app. Of course, you can if you wanted to, but you no longer needed to if you just wanted to listen.

This theme of doing everything in search without really leaving it would eventually find it finest expression in this year’s Google I/O.

Instant Apps took many by surprise, but the foundations for that was already probably laid out nearly a year ago. It started out innocently enough, in what Google billed as App Indexing. It basically exposed app data to Google Search, so that you could immediately jump to the relevant app from within Search. Again, there’s the element of minimizing the needed context switching to get from A to B. It would eventually even embrace apps not yet installed on the device.

That, however, gave way to the immediate predecessor of Instant Apps: app streaming. The feature, which was revealed back in November, let users try out those not yet installed apps, in the hopes of convincing users to install them. They were mostly situated inside ads, however, which probably dissuaded many from trying them out. A month later, Android users could try out games as well.

But while App Streaming was practically trialware, Instant Apps is the real McCoy. Sort of. You still got only a partial app experience compared to the full app, but the difference here is the speed and the appearance. Click on a link and what looks like the real native app appears and you can interact with it much like a normal app. Except your journey will be a bit limited. But it will feel real. And, more importantly for Google, the journey starts and ends in Search, and, consequently, the Web.

That Web-centric app experience perhaps reaches its pinnacle in Android apps running inside Chrome OS. Native, Android apps running on a Web-based platform. Google says it started from the ground up, throwing away its previous ARC implementation which was far too limited and far too slow. This time, it resorted to using containers to allow even games to be played flawlessly and smoothly on Chrome.

One might argue that this actually only highlights Android’s superiority over Chrome, at least in terms of app selections. It could also be speculated that Google could be building a transition path for Chrome users to get more acquainted with Android apps. And with those apps running as-is, without modification for the Web, it would seem that native has won. 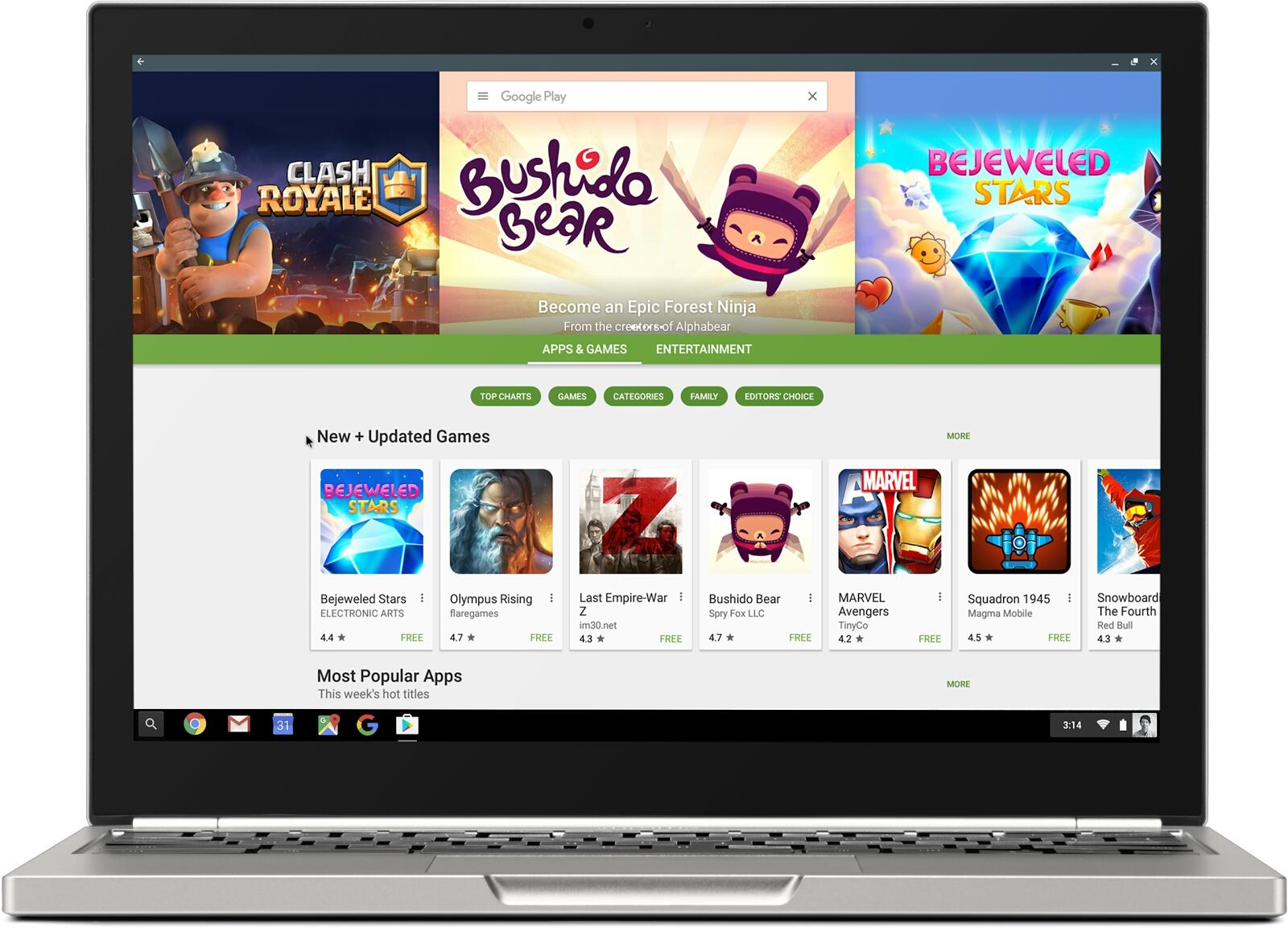 But the knife cuts both ways as well. Google could also be testing how well Android apps would run, natively, in Chrome. It could eventually pave the way for running Android apps in Chrome on more than just Chromebooks. Sure, there are no Chromephones, but who knows for how long. Google seems to be taking a few lessons from Chrome and applying it to the smartphone space, like Android N’s new bi-partition setup. Now imagine doing a search in the web-based Chrome and running an Android app as a consequence, without even installing that app. In effect, Google is also raising Chrome to the same level as Android, perhaps poising it for a take over.

Interestingly, it seems that the first casualty of this secret plot will be Android tablets. We’ve already said goodbye to the, so far, last Nexus tablet in the market. The Pixel C now remains the sole Android tablet in Google’s eyes, and that one takes both its form and its name from the Chromebook. The one problem that the Pixel C had was an unproductive software as far as keyboard-based use goes. Guess what, Google has had one. And it can run Android apps just fine too. There might no longer be need for dedicated Android tablets. At least if Google can solve Chrome’s touch interface quirks.

Wrap-up: The Web (and ads) is king

It might all just be conspiracies, of course. At the very least, Google has raised Chrome’s profile to be on par with Android, both by opening its doors to Android apps as well as boosting the capabilities of Google’s Search. If Google is really trying to make native apps obsolete, it’s going to take a long, long time. Or it may never happen. Suffice it to say, Google has just made its Android vis-a-vis Chrome stance even more confusing. Or exciting, depending on your take.

At the end of the day, Google’s really business is in search and ads. Chrome is the obvious vehicle for that but Android allows both to be in people’s hands all the time, literally even. One might question the sanity of turning away from Android, considering how profitable, or at least popular, it is. But Android isn’t without its problems, some of them right in the very core of the platform. Fragmentation is a constant issue, for example, and security definitely leaves much to be desired. Android even gives Google legal headaches, with the resumption of its copyright battle with Oracle. Putting both Android and Chrome on level ground could very well give Google a way out should worse come to worst. As long as there is the Web and ads, Google wins either way.