This is what Project Loon was made for. Well, perhaps not exactly the dire situation facing Puerto Rico at the moment. But the balloon-powered Internet delivery dream was meant to bring connectivity to places where traditional lines can’t reach. And that is more or less what the hurricane-battered Caribbean US territory is going through after Maria caused massive destruction, affecting both power and Internet services. Thankfully, the FCC just gave Alphabet’s X an experimental license to help Puerto Rico repair its network grid.

The purpose of Project Loon has always been to harness the more or less underutilized air space to fly unmanned balloons over areas where Internet connectivity cannot normally reach. This usually involves remote locations and hard to reach places. Now it seems that the project has found a new mandate.

Earlier in March, Project Loon also helped support relief efforts in Peru, when the South American country was hit by extreme flooding. But in Puerto Rico, X faced slight legal and technical stumbling blocks. In Peru, it was already testing the balloons with local telco Telefonica before tragedy struck. As such, it was able to expedite providing Internet service with very little hassle.

But Loon’s balloons can’t just magically deliver the Internet even while flying high above an area. It has to integrate with a local telecommunications provider’s network. Which brings us to the legal hurdle. Such activities have to pass through the FCC first. Fortunately, the FCC gave it the green light to do so. Now all that’s left is to put the plan into motion. 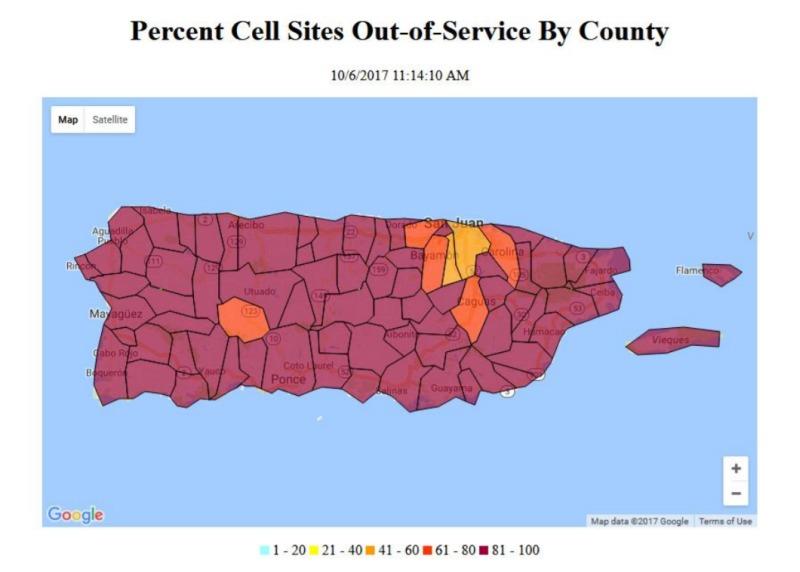 To some, it might seem like a waste of resources to focus on bringing the Internet back up in a ravaged area that is still experiencing intermittent power outages, among other things. But the Internet has long ceased to be simply a luxury, even during times of crisis. While food, shelter, health, and safety definitely take higher priority, having a stable Internet connection might actually help in delivering those faster than without.

We’re grateful for the support of the FCC and the Puerto Rican authorities as we work hard to see if it’s possible to use Loon balloons to bring emergency connectivity to the island during this time of need. To deliver signal to people’s devices, Loon needs be integrated with a telco partner’s network — the balloons can’t do it alone. We’ve been making solid progress on this next step and would like to thank everyone who’s been lending a hand.