Google Earth, while perfectly usable and helpful in its own right for the common user, is something that should be experienced, and not just used. That’s why Google created Liquid Galaxy, which is a set-up consisting of eight 55-inch LCD displays, which show you Earth in all of its digital glory. Google shows off the technology and system at certain trade shows that it attends. If you’ve ever seen it, or had a chance to use the system, then you know it’s pretty fantastic. And now Google has open sourced the entire project, opening it up for everyone. But if you can’t build your own, no worries — Google will let you buy it, too.

Google’s idea of open sourcing an entire project is pretty extensive. They’re even including the Ubuntu sysadmin scripts for the mechanical design for the custom frames. And, to make it easier for support across the board, Google’s released a brand new version of Google Earth that supports Liquid Galaxy. So, if you’re someone who likes to build things on their own, you can use Google’s Quick Start page to get started on the endeavor. You can even buy the parts needed separately, at your leisure.

Or, if you don’t have the time or know-how to get something like this off the ground, you could always just drop your hard-earned money on a whole set-up. Google’s giving people the option of buying the whole rig from their supplier, End Point, who will happily build you your own version, and even set it up for you. The price though, is about $72,000 to $80,000, and you’ll have to pay more for maintenance. 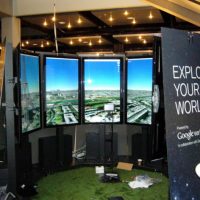 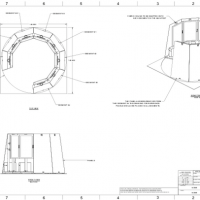