Email is already inescapable at the best of times, and now Google is turning Gmail into a hub for your calls and video chat, too. Having relaunched G Suite as Google Workspace, the company is now lighting up Spaces – its central locations for team collaboration – for all users as of today.

Spaces are integrated with all other Workspace products, like Drive, Docs, Sheets, Calendar, Meet, and Tasks. The goal, however, is to make linking content between those products more straightforward and cohesive, such as when organizing an event that needs to-do lists, scheduling, presentations be prepared, and documents maintained.

We’ve already seen how Workspace and Chat will go hybrid. Over the next few months, Google says, there’ll be a new navigation system, which the company promises will make moving through a Workspace Space easier. Users will be able to make Spaces discoverable across their organization, too, and Administrators will be able to set discoverability by default. 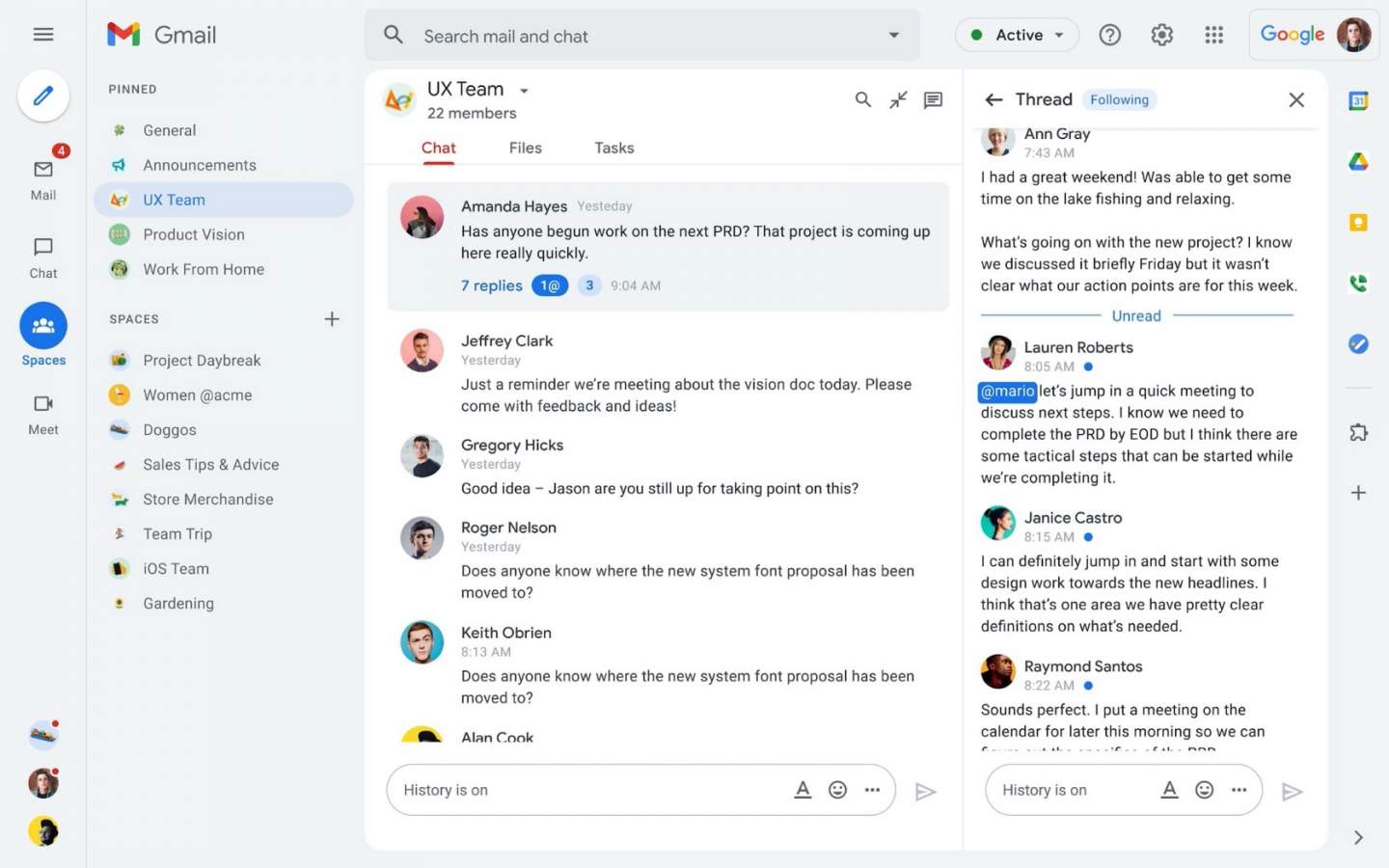 Similarly useful, the new enhanced search supports searching across everything within a Space. Also helping with organization is in-line topic threading, and there’ll be support for setting locations in Calendar so you can flag when you’ll be in the office and when you’ll be working remotely on a per-day basis.

What may be the biggest change, though, is the introduction of Google Meet calling to Workspace. Google is billing this as a way to replicate some of the serendipitous conversations that people had when they’d bump into colleagues in office hallways, though initially it’ll focus on being able to receive Google Meet calls in the Gmail mobile app. Those being called will also get a notification on the chat on their laptop or PC.

Eventually, Google says, it aims to bring Meet calling to multiple places in Workspaces: including chats, people cards, and Spaces.

To help level the playing field between those back in the office and those still remote, meanwhile, there’s new hardware for Workspace. The Series One Desk 27 is a 27-inch all-in-one display and conferencing array, made for Google in partnership with Avocor. It hooks up to a laptop via USB-C, and brings an extended desktop and improved in-call audio with its speakers and microphones.

Meanwhile, for those with more space, the Series One Board 65 is a similar device only with a 65-inch 4K display. It can be mounted on a stand, so as to be more flexible within a workspace. Google is also certifying new third-party hardware for Google Meet, from Logitech and others.