Although Snapchat can and probably should be credited for creating it, the video format known as Stories has become more associated with Instagram and, of course, Facebook. Everyone, however, seems to want to get a piece of that market pie, and, unsurprisingly, Google does, too. Like many newfangled Google products, Web Stories, as it is called, is a somewhat confusing and different beast known only to a very small few. To increase its audience, every Android and iOS device will now see these stories more prominently in the Google mobile app and in more mobile search results.

Like Instagram Stories, Google Web Stories, previously called AMP Stories, are short to medium-length video clips crafted to showcase a specific event, product, or content creator. What makes Web Stories different, at least according to Google, is that it isn’t exactly a distinct social media platform. It is, instead, poised as an extension of creators’ websites.

Unlike a full-blown network like Instagram, Web Stories puts the freedom and the burden of things like hosting, monetization, and even sharing in creators’ and publishers’ hands. Of course, they’ll have to use Google’s tools for creating these Web Stories but, just like in Search, these are simply surfaced when people do a Google Search. 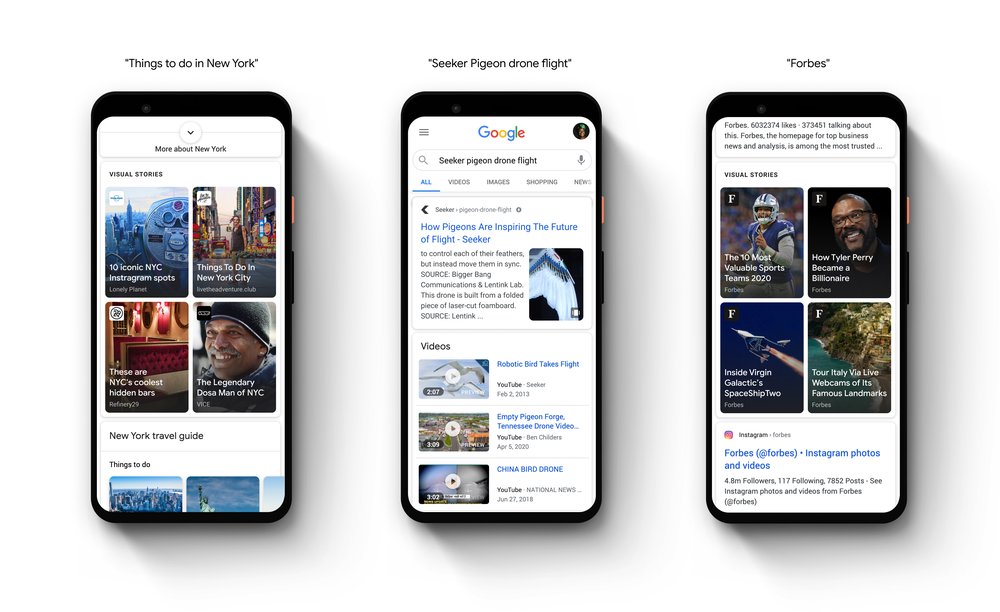 This time, however, Google expanding Web Stories’ presence by putting them in a carousel at the top of the Google mobile app’s Discover feed. Here, it behaves pretty much like Instagram Stories in how you navigate between Web Stories, tapping to move to the next page or swiping to the next story.

Google says it will also surface more Web Stories in mobile search results around the world but creating Web Stories itself is still limited to a few markets. It also says it will be bringing Web Stories to more Google products in the future, presuming it suffer the same fate as many of Google’s experimental social features.