Google sign-in on third-party websites will soon be easier

Google has long offered something other than password managers to safeguard online accounts with its single sign-on (SSO) services. Users don’t even have to create and keep their own credentials when signing up or signing into services that support these “Sign in with Google” APIs. The process for using that, however, hasn’t exactly been seamless, but Google is now polishing off its multiple sign-in offerings under a single Google Identity Services roof and is making the sign-in process even easier.

Signing into some website or service using your Google account isn’t exactly difficult, but it can be disruptive. Clicking on the sign-in button will redirect you to a different page or window that then makes you actually sign in to your Google account. It can break your flow or even be an opportunity for hackers to hijack the process. 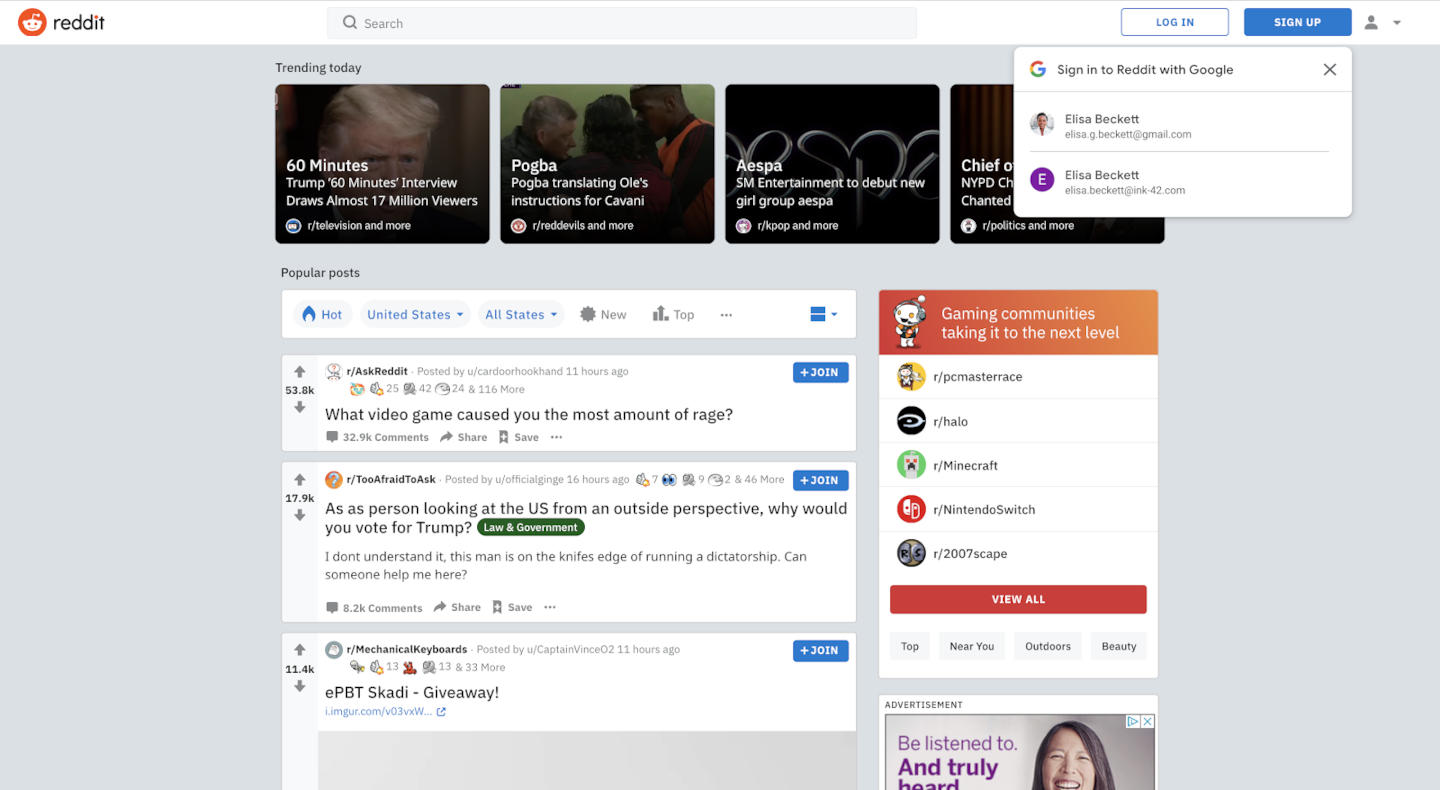 As part of its Google Identity Services consolidation, Google is introducing its One Tap sign-in process. A prompt will slide down from the top of browsers on desktops, while mobile devices will see a panel slide up from the bottom of the screen instead of redirecting you to a different page. You’ll still have to click on a button to actually sign into your Google account, so it’s not completely One Tap.

That, however, is when you’re signing in for the first time under the new APIs. When returning to the site, the Sing in with Google button will instead display the Google account you last used to sign in, making it a true One Tap process.

Google assures web developers that it’s quite easy to implement its new APIs, and they immediately get the benefit of not having to manage their own account security systems. Google Identity Services also comes with protection against click-jacking and pixel tracking since Google wants Google accounts to be tightly secured as well.