Motorola just announced the Moto E5 Play Android Go Edition, its first Android Go phone following in the footsteps of the Moto X4 Android One Edition. It is also one of the first Android Go phones to come from a major manufacturer (depending on how you rank HMD Global/Nokia and Alcatel). Its unexpected appearance could trigger questions of the state of Google’s Android Go thrust and what could be its most controversial member: Samsung’s still unreleased Galaxy J variant. Samsung’s first Android Go is already expected to be like no other Android Go phone you’ve seen so far and Google might want to rethink its strategy before the cat gets out of the bag.

Android Go is not Android One

In hindsight, it might have been an unwise marketing decision. After all, Google and media are forced to parrot the same thing over and over again: Android Go is not a special Android version. Despite the suffix, it is closer to a regular Android Go than it is the Android One. The latter takes after the Nexus project that delivered a pristine Android experience straight from the source, with a few Google bits added, and which no OEM can mess around with. 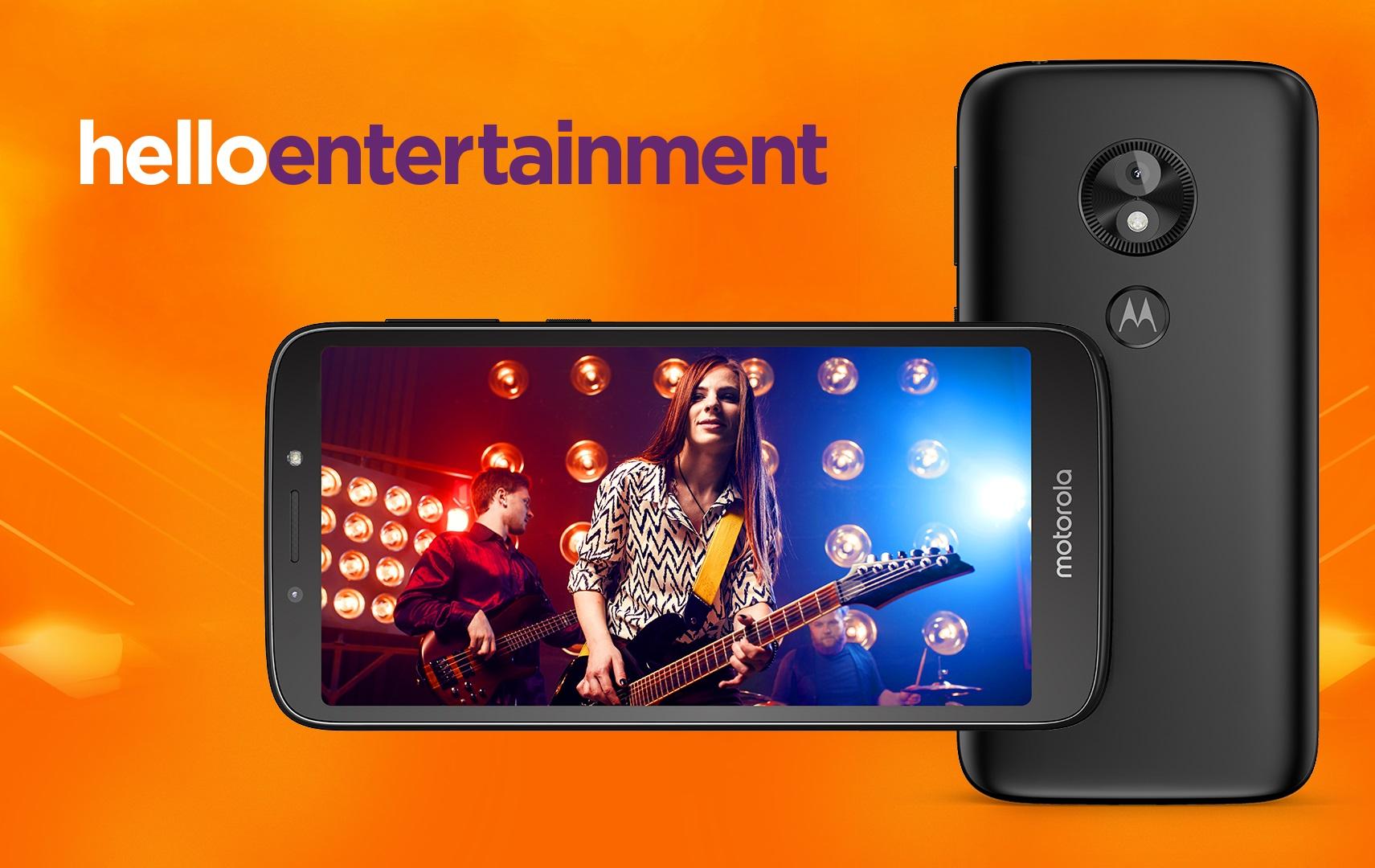 In contrast, Android Go, like the full Android version, is less restrictive. It is, after all, simply a configuration geared towards smartphones with very constrained specs. It tunes down resource and network use, meticulously keeps an eye on background processes, and has a set of apps similarly designed to be merciful to hardware and data caps. But more to point, there is nothing, at least not yet, in Android Go that prohibits OEMs from adding more. And like what it does on regular Android, Samsung has jumped on the opportunity to let its personality shine through.

Right from the start, Samsung was never one to let itself be branded as just yet another Android phone. For better or worse, TouchWiz and, now, Samsung Experience has set the OEM’s phones apart from the rest of the market. With the exception of the Nexus S (a fortunate fluke) and the Google Play Edition (“everyone’s doing it”), Samsung has never let go of its identity and it’s unlikely to start now.

And that’s exactly the problem with Samsung’s version Android Go. It pretty much goes against the very spirit of Android Go: keeping things light. Never mind the fancy themes, animations, and UI, Samsung also adds apps and utilities that, while potentially useful, still eat up resources. And that’s not even mentioning the dozens of processes Samsung leaves running to complete its experience. To be blunt, Samsung Experience is pretty much the anti-Android Go.

It’s not hard to see why Samsung wants to modify the stock Android Go experience. It wants to push its own brand and make sure it’s consistent across its devices. Even its failed Tizen phones were visually indistinguishable from its Android handsets. But Samsung isn’t the only one that has fragmentation concerns and Google stands more to lose if it doesn’t keep Samsung in check.

Right now, almost all Android Go phones keep a stock Android experience on them. It makes sense and requires the least amount of effort from OEMs to maintain. Finally, both manufacturers and consumers have the chance to both get what they want: an affordable but still useful Android phone that can remain up-to-date without much effort. Android Go would allow Google to do from the ground up what it could no longer do on higher tiers: break fragmentation. 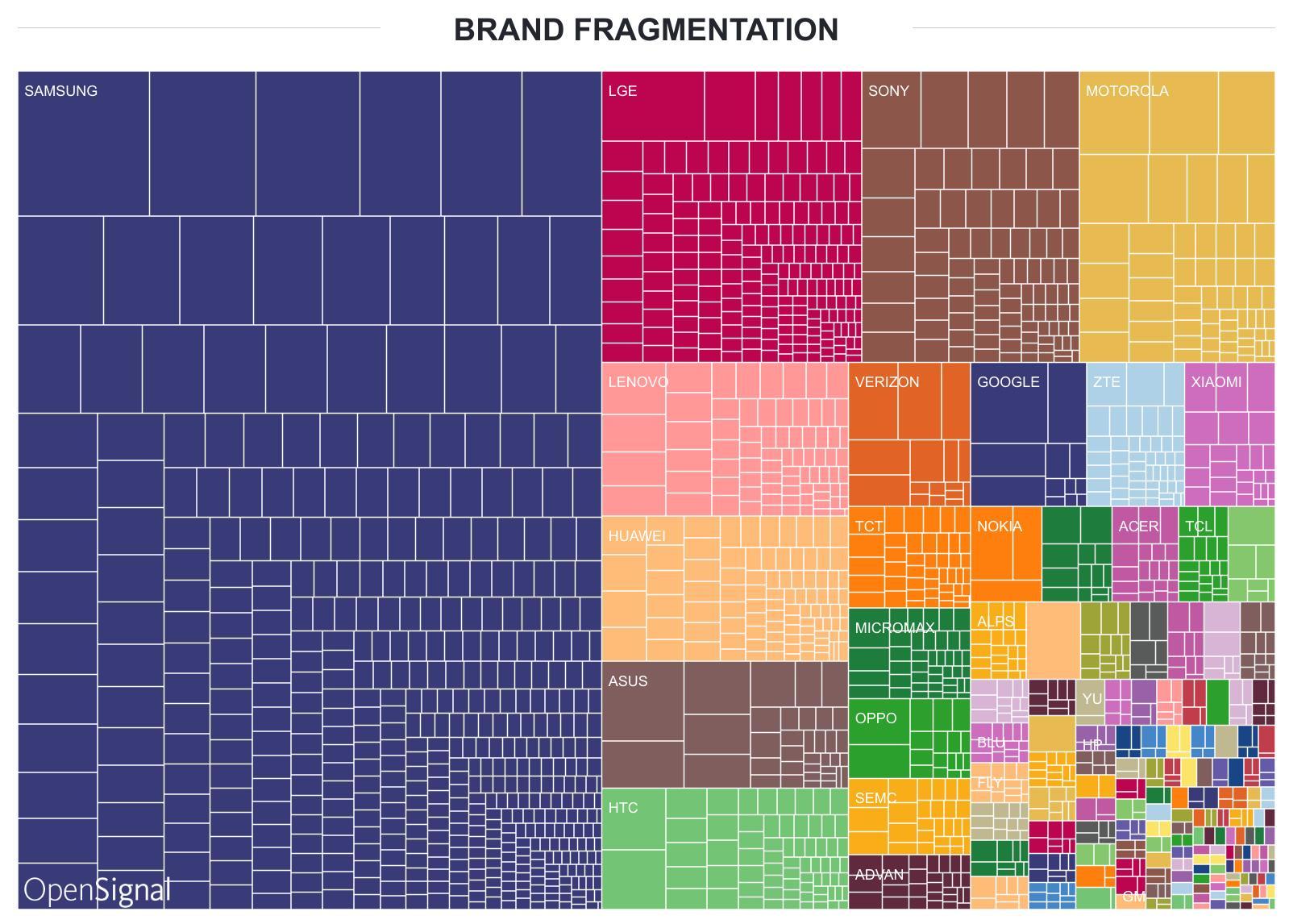 Based on OpenSignal’s 2015 Android Fragmentation Report.

Samsung’s Android Go phone could unravel all that even before it has the chance to take hold. Sure, there is currently nothing that stops those OEMs from putting their own skins and apps on top, but Samsung is the first one to actually test the limits of what it can get away with. And like it or not, Samsung is as much a trendsetter in the Android market as Apple is in the general market.

To be fair, we still don’t know what’s inside Samsung’s Android Go version. We don’t know if it reached a compromise with Google that would work out for the best for both parties. But the very fact that it’s already a special case and a special version should already raise red flags for Google. It has the chance to set things right and it’s allowing Samsung to risk losing it all again.