Google Sheets will soon auto-complete your data for you

Some people might laugh at it but spreadsheets are still the most popular and most widely-used tools for handling data. That’s sometimes even when dealing with tons of data, which is definitely no walk in the park. But while the concept of a table of data is admittedly old-school, it doesn’t mean spreadsheets have to stay locked in the past. In fact, Google is announcing three new features for Google Sheets that makes it feel like it has a mind of its own, one that’s fortunately designed to help you.

Entering data in a spreadsheet can be a chore so formulas and functions were invented to make that task less repetitive. That, however, only works if you know those formulas and tricks off the top of your head. As a master of smart suggestions, Google is giving Sheets a Smart Fill feature that will analyze what you’re typing and suggest a formula to automatically fill up the rest of the column for you. 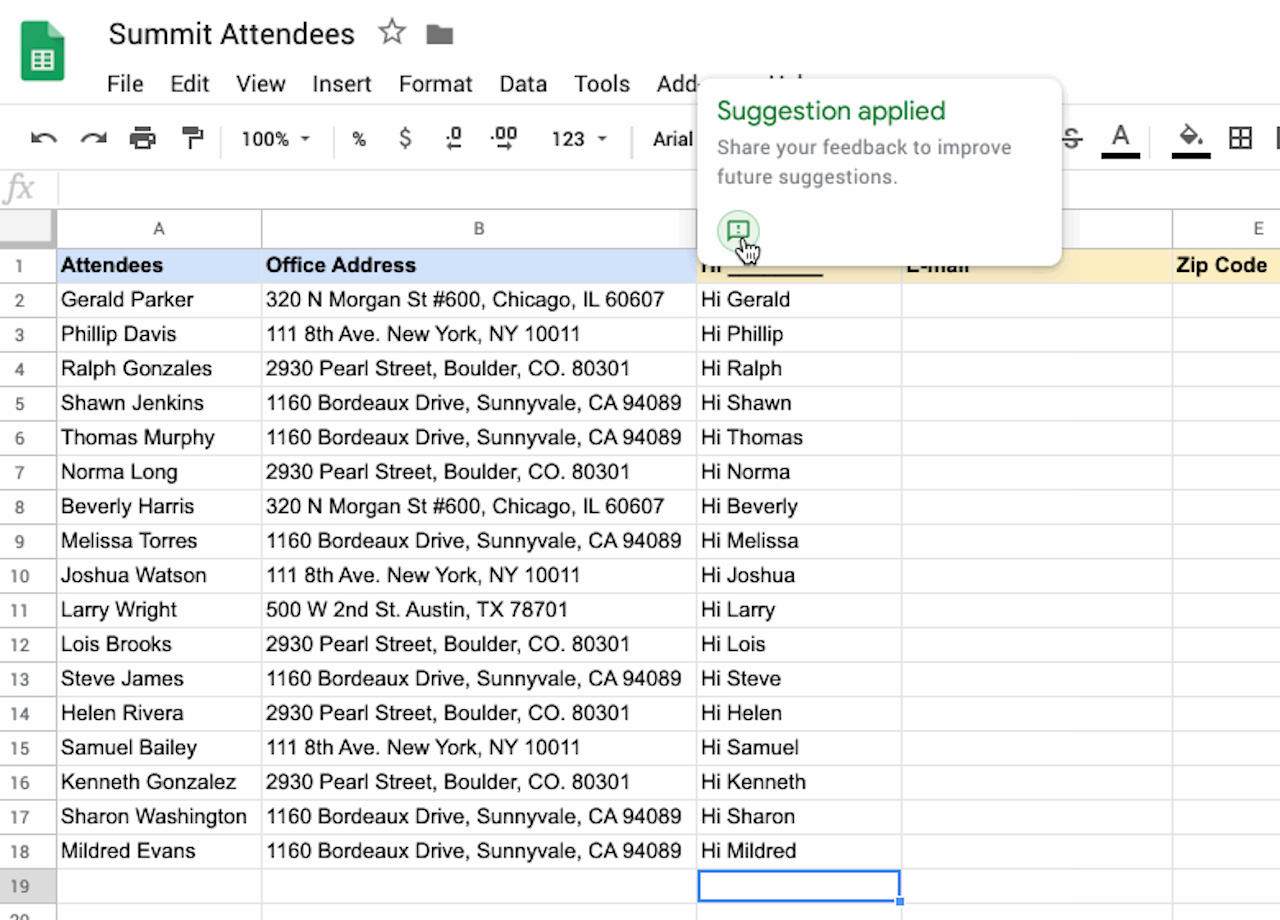 Input isn’t the only repetitive task in a spreadsheet. If you have thousands of rows of data imported from an external source, pruning the sheet to get rid of duplicates can equally be daunting. Sheets’ upcoming Smart Cleanup will offer intelligent suggestions to fix dupes as well as formatting inconsistencies all in one go.

There is a big focus on big data in the past years but even people working with those will sometimes still have to use a spreadsheet to analyze and present that data. The new Connected Sheets, which replaces a more limited Sheets data connector, connects the spreadsheet to Google Cloud’s BigQuery data warehouse to allow companies to easily analyze that big data, all without having to deal directly with databases and SQL queries just to make sense of it all.