Google prepares for another giant Android showing at MWC

Jumping off from last year’s great success at Mobile World Congress 2011, Google is once again preparing the “Google Pod” for Android goodness at the 2012 edition of the Barcelona-based show. What we saw last year amazed and dazed the masses, showing Android to be not just a force to be reckoned with in the greater mobile market, but a completely fun and enjoyable brand to engage with on a larger-than-life level as well. This year’s Google Pod will once again be featuring gigantic Android statues, a fully functional elbow slide, and what we’ve yet to confirm is more Android-treat-flavored smoothies, not to mention a full showing of everything Android has to offer to the world of mobile.

For those of you running around Mobile World Congress 2011 like chickens with their heads cut off collecting special edition metal Android pins, this year will have a whole new set! Everything from Google+ themed Androids to the cowboy Android made in collaboration with Texas Instruments! The big question remains though: will there be another special edition Gold Android to be had? Without a doubt this Android collecting madness will again consume the convention. 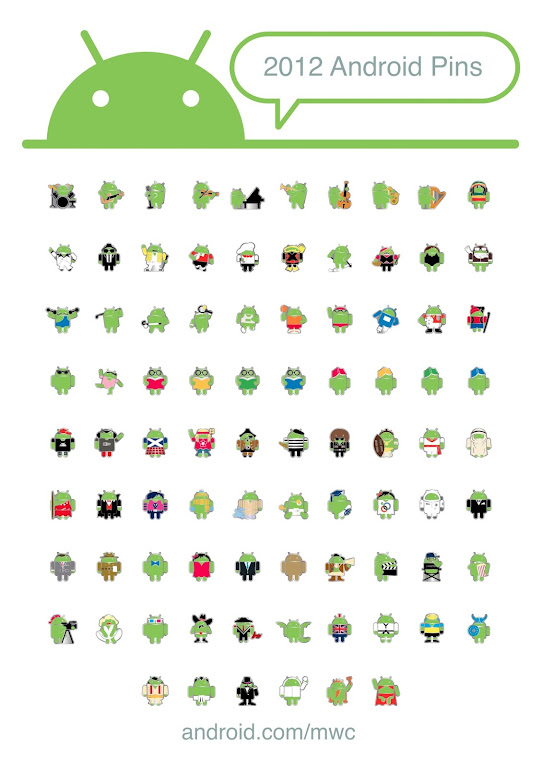 Have a peek at this quick tour of the Google pod filmed by yours truly last year – so many Androids you’d have to put on green-tinted glasses not to have your mind blown directly out of your head!

The Google pod then is being tipped as having a giant graffiti wall, perhaps for special artists to work with but also quite possibly open to attendees to have at throughout the convention, then there’s what appears to be several consoles where devices could possibly be sold – but that can’t be true, as selling devices at this convention is undeniably rare while the presentation of great products and ideas reigns supreme. Any way you slice it, we’ll be jumping in to the Google Pod this year face first, and we’ll be reporting everything straight to you via our gigantic [MWC 2012 portal] – already alive with activity now!