Google Play Subscription Center: know what you pay for

Long gone are the days when a mobile app can only either be free or not free. In addition to the much-maligned “freemium” apps, there is also the case of apps that require recurring payments, a.k.a. subscriptions. Keeping track of those manually can be a bit inconvenient, especially with our human tendency to forget or make mistakes. That’s why Google is rolling out a new Subscription Center for the Google Play Store to help both users and developers keep their relationship, and payments, alive.

App subscriptions, in addition to providing a service like others, can be a middle ground between a free but crippled app and a very expensive one. But they can be difficult to handle, especially if you have many. Google believes that the fear of having little to no control over such subscriptions pushes users away from making subscriptions in the first place. Which, in turn, drives away potential revenue for developers.

Google Play’s new Subscription Center solves that. More than just a place to see all the subscriptions, it gives users the ability to manage them, which may include canceling a subscription. They can also restore a canceled sub if they change their mind. Should they cancel, however, they will be presented with a “cancellation survey” asking you why. 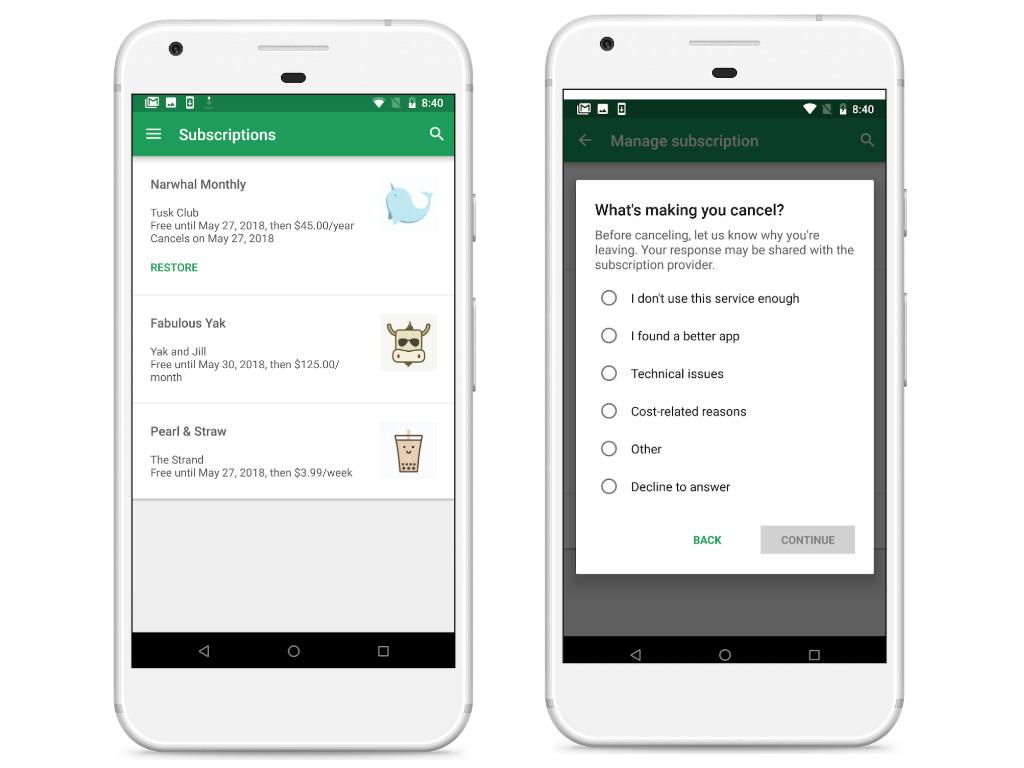 The Subscription Center also offers some benefits to developers, aside from encouraging users to make subscriptions. Devs can now have links in their apps or mobile website that will directly take users to the subscription center. Soon, they will also be able ask a user’s confirmation regarding price changes to subscriptions. Should the user fail to respond in a given period of time, the subscription will automatically be canceled.