It’s that time of year again where people start to collect and create lists that look back at the past few months. From retrospectives to “Best of” lists, we’ll soon be inundated with pieces that will try to point this rather messy year in a more positive light. It’s also the time for app stores to reveal their best wares, and Google is asking users to vote on this year’s top apps and games. Unfortunately, Google’s list, while notable, does throw a bit of attention on one of Android’s most ironic problems: apps.

The apps on Google’s list are taken from what the company describes as the “buzziest” new titles of the year. You can see in the Apps section the likes of Clubhouse, which only arrived on Android this year. There’s also Paramount+, one of the newer entries to the video streaming market, and, amusingly, Wix’s website builder app.

On the games’ side, there are more recognizable names, though some of them might sound like old news, like Magic: The Gathering Arena and League of Legends: Wild Rift. It’s also almost unbelievable that MARVEL Future Revolution only launched this year, as well as the Pokemon UNITE MOBA. 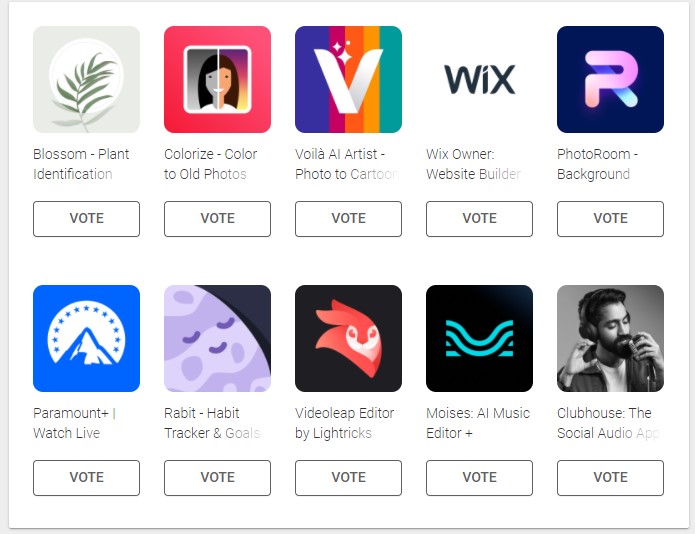 These ten from the two categories are the cream of the crop, though Google doesn’t exactly reveal the criteria for how these nominees are chosen. There are, of course, hundreds of thousands of apps now available on Google Play Store and thousands more outside of it. Android has, as some would say, an embarrassment of riches.

Others will call it a paradox of choice that can lead to analysis paralysis. There are just too many apps on the Google Play Store, many of which do the same thing. Worse, there are many such apps that either hide malware or disguise less than innocent behavior. Google Play’s mostly automated security systems try to weed these out, but tech news is rife with incidents that prove otherwise.

These Users’ Choice Awards are often ways for Android users to learn not just about what’s popular but which apps are safe to use. That’s especially helpful for categories that don’t have clear popular winners in other platforms but have too many options in the Play Store. On the one hand, these lists, like Google’s Play Pass subscription, works to make good apps and games more discoverable. On the other hand, they also show what may be severely lacking on Android.

There might be some Android users who look at those lists and leave disappointed not seeing some popular app or game that’s been covered in tech news. More often than not, these would be apps that are available only on iOS. That’s true not just for apps that launched this year but also in the past Users’ Choice Awards. 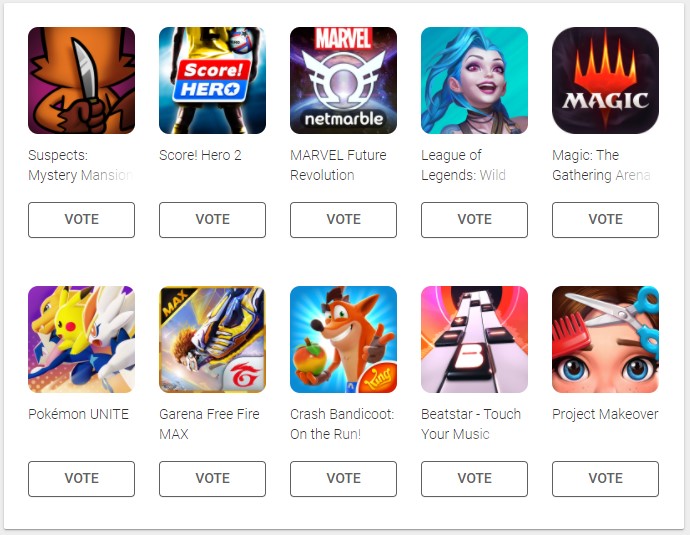 It’s a sad fact of life for many Android users, and these kinds of lists only serve to highlight that rather unfortunate situation. There are still many apps and games that have decided to exclude the majority of the world’s smartphone users, either because of profits or to avoid the risk of piracy. Unfortunately, Google and its partner manufacturers don’t seem to be too interested in working to change that status quo by enticing more developers to cater to Android users as well.

In the meantime, however, there is really no dearth to the number and variety of apps on the Google Play Store, some of which do deserve to get some attention. If your favorite app or game is on that list, be sure to vote for them before November 17, 2021, to give them the chance to get the spotlight.