By nature, mobile apps are meant to be small in size. In the past, that was primarily due to the extremely limited data storage space inside our mobile companions. These days, however, the concern has mostly switched over to the amount of Internet bandwidth each app consumes, both on initial download as well as on updates. Android apps are, however, somewhat notorious for having larger payloads than competing iOS versions. That will hopefully change with Google’s introduction of new features that will keep those app sizes in check.

First, and most important, Google is providing a new algorithm that further compresses the size of apps and updates by a considerable amount. Google has called that “bsdiff” and it can, in an ideal situation, reduce a download by 50% to even 75%. That, of course, depends on how much new data and code is included in the patch but it’s still a substantial amount of savings.

The even better news is that it also applies to “APK Expansion Files”. Ever tried downloading a game that had an initial few MB for installation, which then downloads, say, 2 GB more? That’s the expansion files in action. Google says that with the new compression algorithms, those can be reduced from 12% to 65% on average.

On the user end of things, Google is updating the Play Store descriptions to include actual download sizes of the app and not the size of the APK, which, especially in the case of Expansion Files, doesn’t always reflect reality. Even better, if you already have the app installed, the size info will show the size of the update you are about to download. While it may or may not be as big as before, it will at least allow users to prepare downloading large apps by delaying those for when they’re connected via Wi-Fi instead of mobile data. 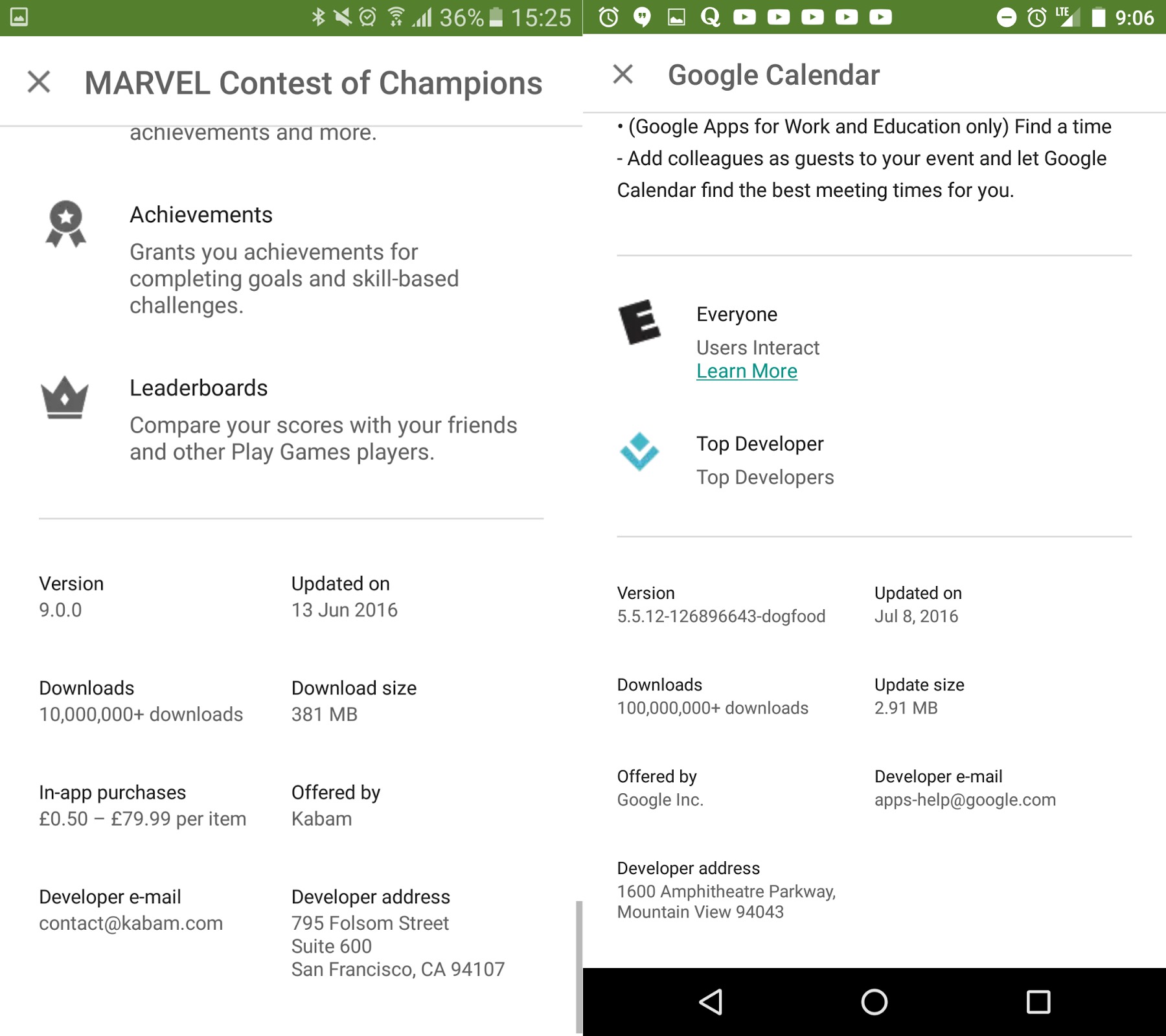 While the new bsdiff compression algorithm is available for all apps, developers still do have to make sure their apps are well prepared to take advantage of the new feature. Making sure that their APKs are small to begin with, removing unnecessary files and optimizing resources, can go a long way even without compression.