Despite trying to paint an image of being a serious, enterprise-friendly corporation, Google is still pretty much the stereotypical geek among the tech giants. It just loves to solve its problems with machine learning and AI, which is understandable given the amount of data it has to wrestle with. But while there are things that can be efficiently solved with advanced machine learning, some things, like recommending apps for users to install and use from Google Play Store, need a bit of human touch.

What do the Google Play Store and AlphaGo now have in common? Both have been touched by DeepMind’s machine learning expertise. The Alphabet company just made a blog post explaining its recent collaboration with Google, particularly the latter’s Google Play Store team, to improve the state of the apps that the premier Android app market recommends to users.

The post goes into better detail at the technical aspects of the new and improved recommendation system. It explains how advanced machine learning not only helps remove the usual biases of such a statistics-heavy system but also reduces the energy consumption of Google data centers in the long run.

While such a recommendation system is definitely helpful in helping users discover new apps, it doesn’t completely instill trust or interest in the Google Play Store.

Machine learning needs data to learn, no matter the kind of learning it does. For Google Play Store, that will mostly revolve around what apps get installed over others, their frequency of installation, their relationship with other similar apps, and other data points. With more and more data, neural network mental models will improve over time, but it needs such massive amounts of data to do so.

The Google Play Store, perhaps even more than Apple’s App Store, has almost innumerable apps in its inventory. There are also millions of users around the world, with varying habits, preferences and usage patterns. DeepMind’s advanced machine learning will definitely need to take those into account but while it may be easy to work on more or less static data, it may fail to take into account the almost innate tendency of humans to try and get away with something if they can. 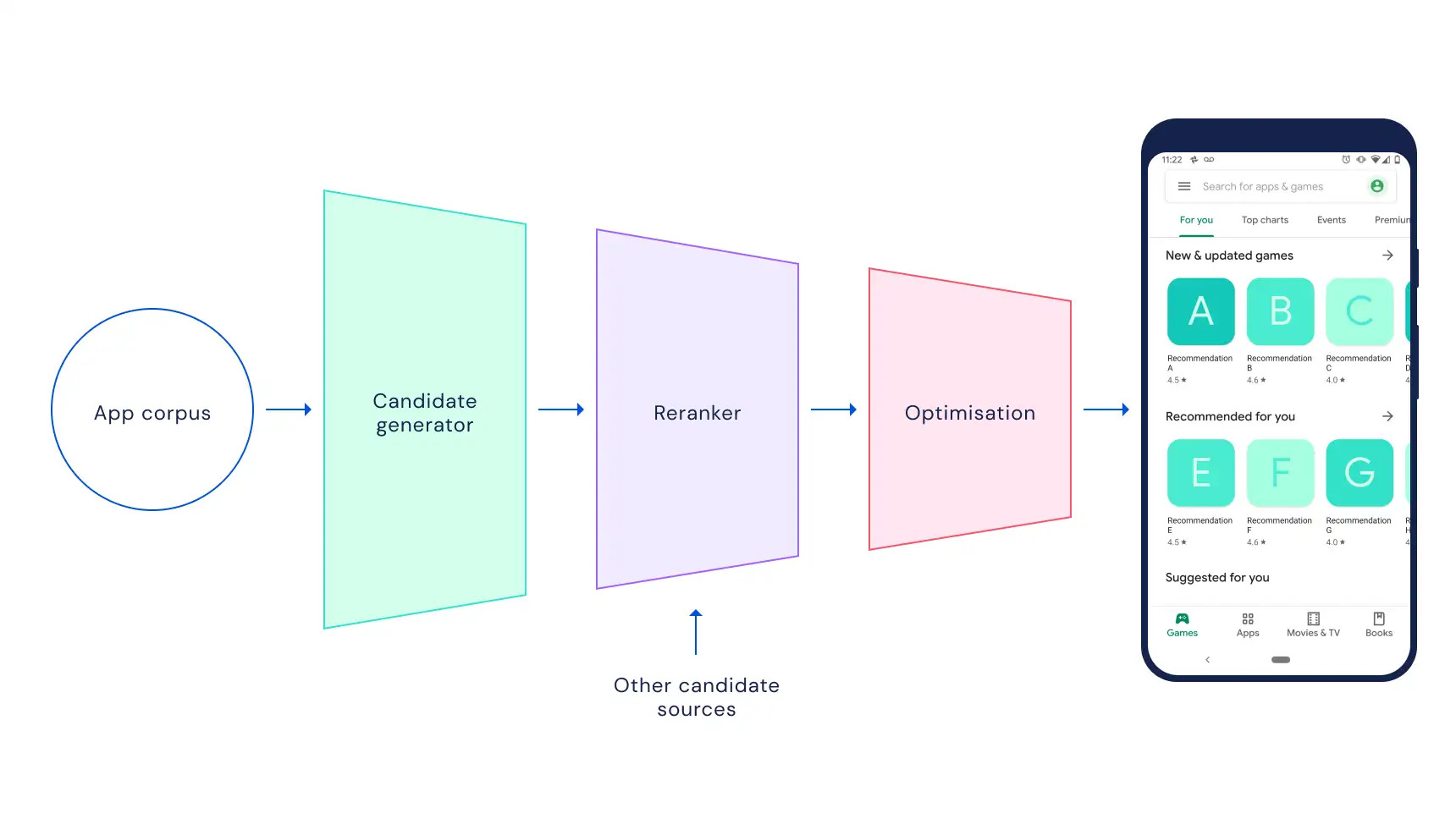 DeepMind talks about how its machine learning system is able to take into account certain biases and simplistic classifications but doesn’t talk about misbehaving apps. Google Play Store, which uses automated processes and machine learning to screen the majority of apps, is full of examples of apps that don’t exactly do what they say they do or claim to do more than they can actually deliver. There are apps that seem to be crafted to get around Google’s systems and extract benefits before they get caught.

There are also those notorious “shops” and businesses that try to skew numbers in an app’s favor, mostly through downloads. Google Play Store’s recommendation system is largely based on what users may want to download next because they’re popular and related to previous downloads. Those, however, can sometimes be held suspect because of the lay Store’s less stringent quality control.

Why is as important as What

Google Play Store’s recommendation system, in the final analysis, tries to tell users what they may want to download next time. It doesn’t tell them why beyond simple categories like popularity or relation. The machine learning may be advanced enough to weed out false positives and surface truly interesting ones, but it can never go into detail why.

Such a recommendation system would need human curators, reviewers, and writers. These can give better insight on why one app is popular than another, what features make it more trustworthy, or why it can be more useful in certain practical cases. Those need people that actually look into and try out apps and, more importantly, write about them, and Google doesn’t seem too interested in such a system.

The Google Play Store is a rich and diverse repository of Android apps and those numbers can be quite overwhelming for people searching for apps beyond the usual culprits. There may be a dozen apps that try to do the same thing and it can be time-consuming to try them all out just to find one. It can even be a scary place, given the number of malware-laden apps that manage to get through Google’s defenses.

The Play Store does have a recommendation system but it has always revolved around lists of apps that may or may not be relevant to you, depending on what you and other users have installed in the past. It lacks a personal touch that makes those recommendations believable or even useful.

Unfortunately, Google seems less inclined to employ human editors and writers to that end, but that may exactly be what Google Play Store needs.