With the Pixel phones, Google stepped into the shoes of a smartphone maker and a premium smartphone maker at that. With that comes high prices and concerns about the durability of such expensive purchases. So far, the Pixel has been doing quite well under the cruel hands of JerryRigEverything’s Zack Nelson. The Pixel 3 XL might be ridiculed and criticized for its large notch, but it fortunately fares well just the same. Well, mostly well.

As with any glass-metal-glass smartphone sandwich, there is always the worry that it would break under pressure. Of course, this isn’t your standard glass and Nelson’s mighty arms couldn’t even make the Pixel 3 XL flex. In other words, it passes the bend test.

The Pixel 3 XL, like its forebears, uses an AMOLED screen, whose pixels often turn white after 10 or so seconds and leave a permanent ghost. Samsung, however, may have developed a way to foil the YouTuber’s tests and the Pixel 3 XL’s screen recovered completely after barely 30 seconds of intense direct flame. So it also aced the burn test. 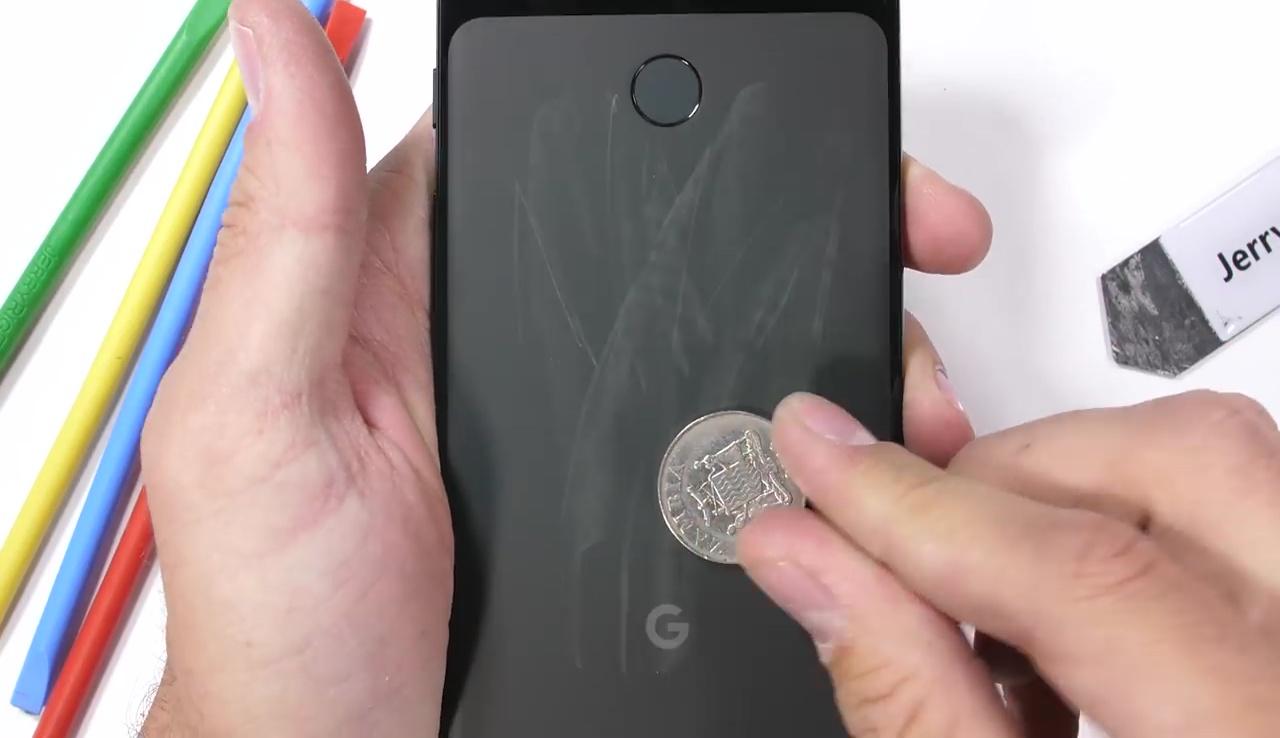 The Pixel 3 XL mostly passes the scratch test too. Mostly. The front Gorilla Glass is, as you’d expect, impervious to anything below a level 6 Mohs scale pick. It’s the glass back that’s the problem. In order to create matte-like texture, Google opted to frost the top of the glass rather than underneath it. As such, it is at the mercy of keys and coins in your back or pocket.

It’s still glass, mind, but one that might not look like glass after a few permanent lines. While it’s definitely nice to see some variation in what has practically become near identical smartphone designs, it shouldn’t have to be at the expense of durability. This is definitely one phone you’ll want to put a case or skin on.