Google Pi Intercom: How to build your own Google Home

Who said going retro is only for games? Vinyl is back in fashion so why couldn’t other electronics be as well? That is probably the thought going through the mind of MisterM over at instructables when he started this “Google Pi Intercom” project. The name might be a bit misleading, because it is essential a makeshift Google Home that is activated by pressing a button. It’s not a two-way communication device, unless you consider talking to Google Assistant two-way communication.

Just like most DIY projects, this Google Pi Intercom is built around the Raspberry Pi. But it isn’t doing it alone. It has been made possible, or rather easier, thanks to Google’s AI-it-Yourself kit or AIY. Also known as the Voice HAT for those more familiar with Raspberry Pi terms.

Launched in May, the Voice HAT basically bundles a speaker, a mic, and a button for the sole purpose of making it easy to run and use Google Assistant on a Raspberry Pi. While it is always possible to do that with this HAT, the kit makes it more convenient. Plus, since it’s button-activated, it feels a lot more like an honest to goodness old-school intercom. 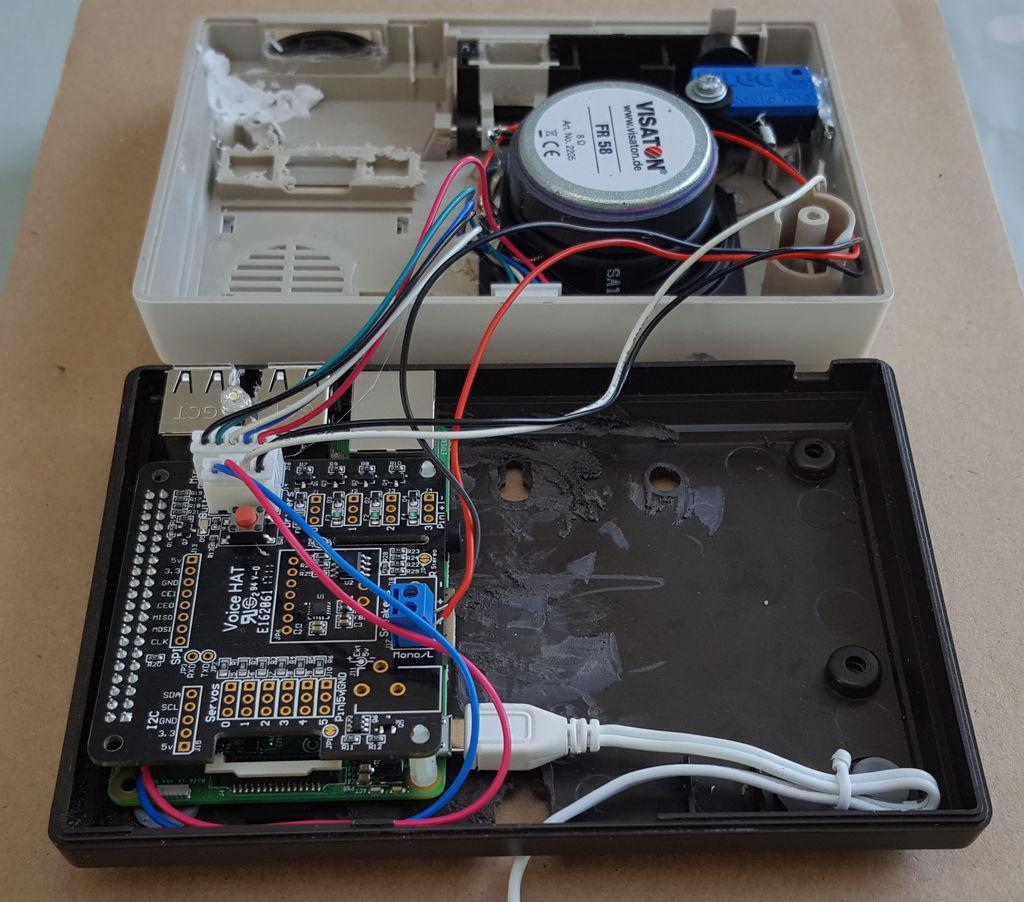 Unlike most DIY projects, however, this doesn’t require any 3D printing. MisterM was fortunate to have some 80s FM intercoms lying around, which made for the perfect housing for a Google Home intercom. Well, almost perfect. Even with all the old innards gutted out, the Raspberry Pi + Voice HAT wasn’t a perfect fit and MisterM had to make a few modifications, concessions, as well as holes along the way. 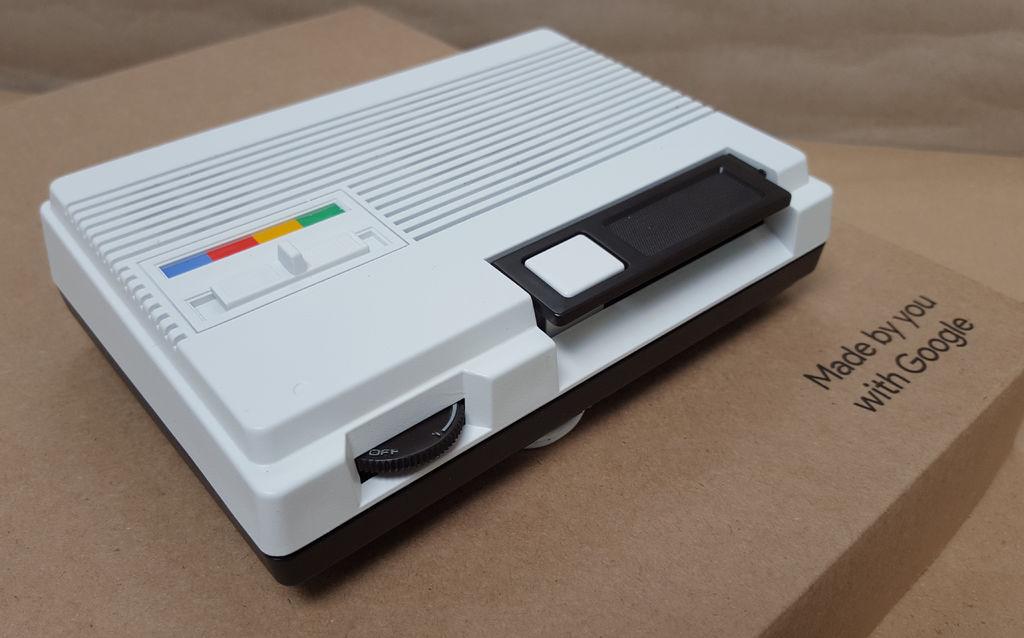 The end result, especially after a nice paint job, is a Google-themed Google Home-alike Google Pi Intercom, with a fully functional Google Assistant at your beck and call. Of course, you do have to walk up to it and press a button. Sure, you could have just bought a $129 Google Home and control it from the comfort of your couch, but where is the fun in that?