Google patent shows it might jump on the foldable phone train

Despite having become a smartphone maker itself, Google hasn’t been one to quickly jump on trends. It still has one camera on the Pixel’s back and when it did adopt the notch, it did so in a rather ridiculous manner. So it was quite surprising to find out that it had worked with Samsung to make Android more foldable-friendly. It turns out, it might also be thinking about foldable phones after all.

The appeal of having a larger screen with just one phone is hard to deny. The ability to make a proper folding display, however, is even harder. Google may not have the manufacturing chops like Samsung or Huawei to pull it off but when and if it does, it now at least has the legal protection it needs for those foldable devices.

Google’s patent shows a few possible designs, all revolving around the limitation of being unable to fold completely flat. One is a more known design where a regular phone folds vertically in the middle with the screen tucked in. The result looks more like a wallet than a foldable phone. 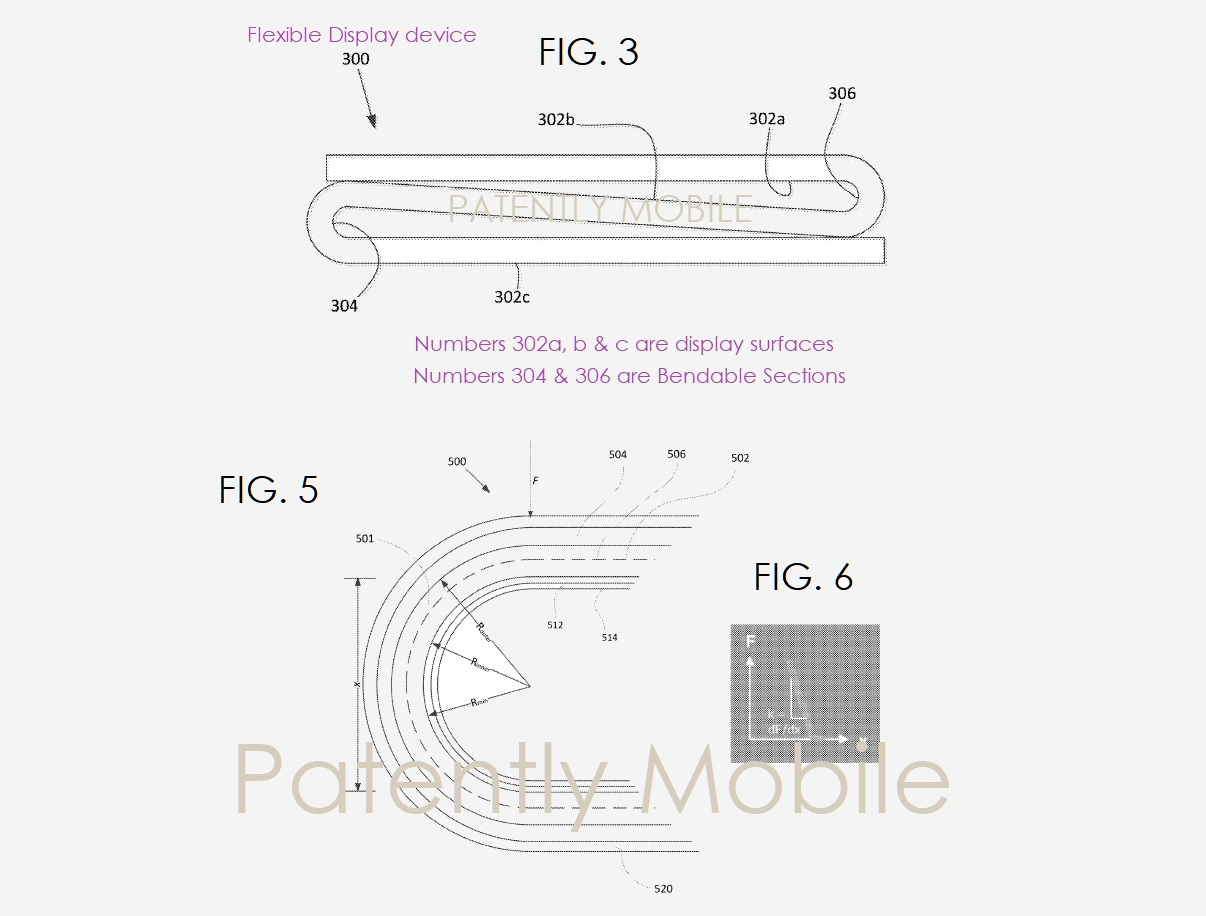 Another idea has the device folding twice into three parts. There is still some curvature but the way the folds alternate could result in a more conventional slab with curved sides. One fold has the screen folded in but the other has it facing outward. It’s almost like a hybrid of Samsung’s and Huawei’s opposing “innie” and “outie” designs, respectively.

Of course, a patent is a patent so there’s no assurance Google will even more in this direction, though it would definitely be a waste of a good idea. It would be interesting to see if Google will turn this at least into some prototype. It has been a while since Google invested in such expensive prototypes, like the Google Glasses or Project Ara and that spirit of daring experimentation seems to now be lacking from the company.